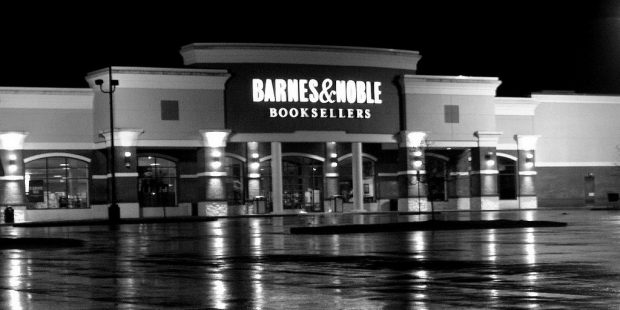 A teenager by the name of Jonathan Kyle Courtney has been arrested for shooting up a Raleigh area Barnes & Noble. The police reported on Monday that the terrorist was arrested after he walked into the B&N store on the previous Friday night and began to fire metal pellets “indiscriminately” from an air rifle and an air pistol.  The authorities also said he also had an IED with him at the time of the shooting, but no further details about the weapon were released.

Three people were shot in the attack, including one of the store’s employees. “He didn’t say a word. He just raised up his gun, and shot me three times,” said the employee, who spoke to the local CBS station on the condition of anonymity.

“I said, ‘What the eff,’ and he didn’t say anything. He just kept going down the row, and shot up the cafe and all the glass. Everyone scattered,” he said. “I started running towards the back to let people out the back door. When I did that, I looked out the back door to the right, and I saw the guy walking, very casually, away.”

Doctors had to remove pellets from his right hand and both his arms.

A woman who shielded her children from the shooter was hit. “All I could think after I realized he was shooting at me was that I was going to die,” said the woman, who also asked WNCN to to identify her by name.

Yesterday’s incident is yet another example of the violence to which increasing numbers of American citizens have been subjected to.  We feel terrible about the people who were injured, and for the entire community of Cary, including the booksellers who were in our store.  We thank the local police for their quick work in apprehending the suspect and we will continue to cooperate fully as they continue their investigation.  Until further notice, we will provide security personnel during the hours our store is open.

The shooter was apprehended as he was leaving the bookstore, and is being held in the Wake County jail on a $560,000 bond. He has been charged with ten felonies and two misdemeanors. If convicted, he could spend up to 83 years in prison.