Apple sent out a press release on Tuesday, announcing the launch of a new iPod Touch model. The good news is the retail price is still $199, and both the CPU and storage specs were both bumped (), but the bad news is the iPod Touch still has the same 4″, 1136 x 640 resolution screen as before. 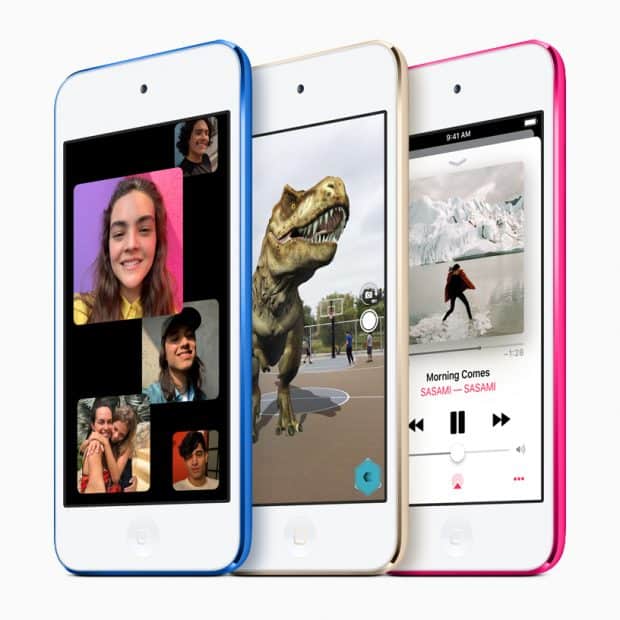 The new iPod Touch ships with 32GB storage and an 8MP camera, and it is powered by the Apple A10 Fusion chip, the same CPU as was used in the iPhone 7. That is a considerable bump in power for a product line that was last refreshed in 2015, the more powerful chip “brings improved performance in games, and for the first time on iPod, immersive augmented reality (AR) experiences and Group FaceTime, making it easy to chat with family members, friends or colleagues simultaneously”.

The iPod Touch 2019 is available today from Apple.

While that sounds very nice, if you want another option then I’d suggest that you get an off-network iPhone 6 or iPhone 7. The pay-as-you-go services like Tracfone are still selling older iPhone models like the iPhone 6 for as little as $175.

That iPhone model may be 5 years old but it still beats the new iPod Touch in terms of screen size (4.7″ vs 4″) and camera resolution (12MP vs 8MP).  The CPU is a little weaker, but you can update the iPhone 6 to iOS 12.

I value screen size and camera over CPU power, so I would get the iPhone 6 over the new iPod Touch.