Last month’s FCC filing kept us all looking for a new Fire tablet, when we should have been keeping an eye out for a new Kindle. On Wednesday Amazon announced they were updating the two-year-old Kindle Oasis, giving it a feature that their competitors’ ereaders had had for years.

The new Kindle Oasis will have a color-changing frontlight with it ships on 24 July. 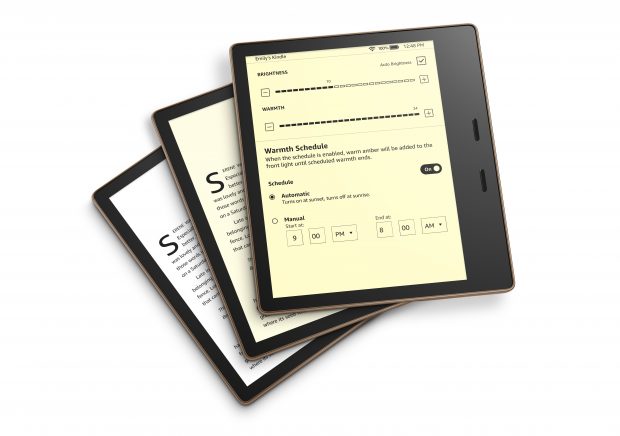 Aside from the new frontlight, it’s really the same device as before. It has a 7″ E-ink screen with a resolution of 300 ppi. It can connect wirelessly to your Amazon over Wifi, and can connect to a BT speaker for audiobooks.

Alas, we’re probably not seeing a new Kindle model this year. We have a new basic Kindle, and now a new Oasis, so the odds are very good that we won’t see a new Kindle until 2020.

P.S. The previous Oasis model has been reduced to $199. If I were in the market for a new Kindle, that’s what I would get.