When Amazon reintroduced the white Kindle, they first released it in Asian market and brought it to the US the next year. They are taking a similar approach with the new Kindle Paperwhite colors.

A few days ago I reported that Amazon had released a blue Kindle Paperwhite, but it turns out that is only part of the story. I just read over at MobileRead that Amazon has released three new Paperwhite color options, not one. The names of the other two colors translate as smoke purple and Yuqing (the blue color option is called fog blue in China).

I would describe the colors as a pale burgundy and a pale green, but in any case they are only available in China. 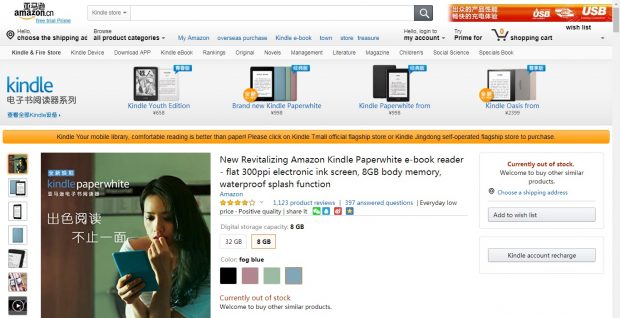 P.S. For those who wonder why I called the blue Paperwhite what I did, let me simply say I was trying to take the piss out of Amazon. (I do not know that I succeeded.)