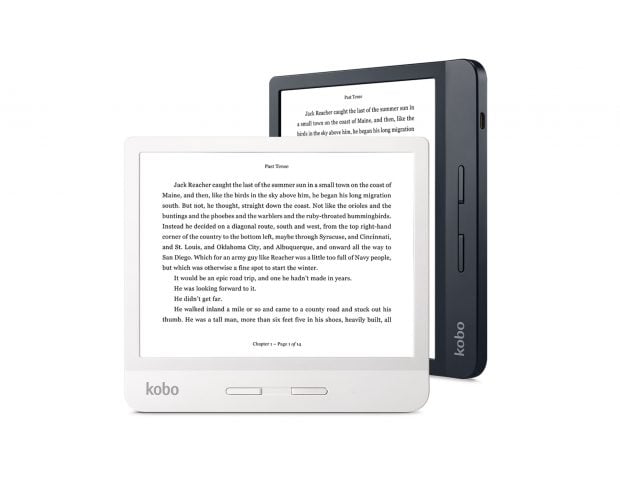 Kobo’s newest ereader went up for pre-order today on the Kobo, Walmart, and Indigo websites, and will be shipping next week; will you buy one?

The Libra H2O is the smaller cousin to the Kobo Forma that launched around this time last year. It sports a 7″ Carta E-ink screen to the Forma’s 8″ Mobius E-ink screen. While the latter’s screen is plastic backed and thus more rugged, the two devices have essentially the same electronics, and a difference in price of about $90 ($169 vs $249).

BTW, Kobo dropped the US price of the Kobo Forma today, to $249. That’s the same price as the Kindle Oasis, which has a 7″ screen.

So tell me, would you buy the Libra H2O?

My review unit arrived Monday afternoon (there was a snafu), and based on what I’ve seen so far, I would. I didn’t care for the Forma when I saw it last fall, and I still don’t like it, but I do like the Libra H2O. You wouldn’t think an inch of screen size would matter, but the smaller ereader is just nicer in some I can’t explain.

The Libra H2O was described in a couple of the early reports as being cheaper and more flimsy in construction, but I would not say that was the case. I did note that the frontlight is uneven on the inside edge (the one against the page turn buttons) but that is a relatively minor issue, and in fact I don’t care (I just mention it in case it might concern you). In general I would say that the Libra H2O is a pleasure to hold and use.

I have finished a book since I got the Libra yesterday, and I have a couple more in the series that I plan to read on Kobo’s new ereader. That is what I think of the Libra.

What do you think of it based on the reports so far? Would you buy one?