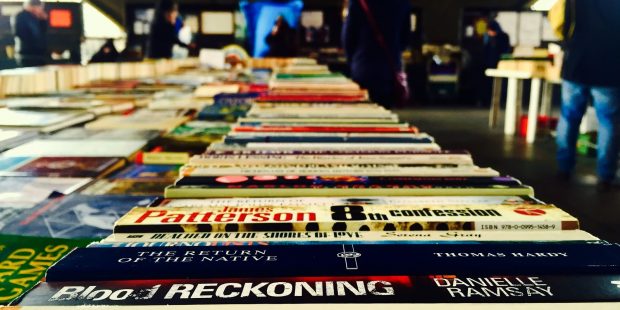 For the past seven years it has been legal to resell software in Europe under what is known as the “UsedSoft” decision, a court ruling that was reaffirmed in a similar case in 2016.

Perhaps inspired by that ruling, a Dutch startup called Tom Kabinet launched a marketplace in 2014 where you could resell ebooks. Tom Kabinet went through a couple years of legal battles before Dutch judges decided they had to seek an opinion from EU Advocate General on whether ebook resale was legal under EU law.

That opinion was handed down yesterday.

Edit: It’s been pointed out to me that this is an opinion, not a ruling. The opinion has been sent to the judges seeing this case, and the case in question has not been decided yet.

EU Advocate General Maciej Szpunar concluded on Tuesday that while there are sound legal arguments to support the idea that you should be able to resell ebooks, it is not legal under EU law.

Here’s the important part of the  opinion.

The foregoing considerations lead me to conclude that arguments, of both a legal and a teleological nature, are in favour of recognition of the rule of exhaustion of the distribution right with respect to works supplied by downloading for permanent use. In particular, the permanent possession by the user of a copy of such a work shows the similarity of that mode of supply with the distribution of tangible copies. However, I am of the view that, as EU law now stands, the arguments to the contrary should prevail. These are, in particular, the arguments developed in points 36 to 49 of this Opinion, concerning the EU legislature’s clear intention that downloading should be covered by the right of communication to the public, the limitation of the distribution right to acts of transfer of ownership of a copy, and the right of reproduction. Those legal arguments are supported by the arguments of a teleological nature set out in points 89 to 96 of this Opinion.

The “rule of exhaustion” mentioned in the opinion is a legal principle that places limits on the rights of IP owners such as copyright holders.  Once (for example) a print book has been legally sold, the IP owner cannot control how it is resold, lent, or rented.

The exhaustion doctrine has been found to cover software in the EU, but Advocate General Szpunar has concluded the same is not true for ebooks. That has publishers celebrating in the streets, but I would put the cork back in the champagne.

If the EU Advocate General thinks the exhaustion doctrine should also cover ebooks then we are exactly one case away from ebook resale being legal in the EU.

Edit: In fact, that could be this case with Tom Kabinet. We’re not done yet.

Remember, Google Books was copyright infringement right up until it was suddenly fair use, and we could see the same happen to ebook resale. I know that is an unpopular opinion in certain circles, but that doesn’t make it any less true.

I look forward to the day that happens not because I want to resell my ebooks but because of how the ruling would affect libraries.

If the exhaustion doctrine is extended to cover ebooks then it would invalidate the restrictive licenses placed on library ebooks. There would be no more expiring licenses or checkout limitations; you  could buy an ebook, gift it to a library, and they could share it without having to buy an expensive replacement in two years or after 52 loans.

Can you tell me that would not be a benefit to all?