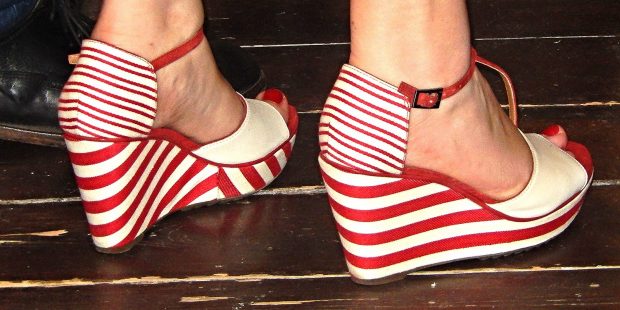 I was getting caught up on my RSS feeds and twitter link junkies this morning while working on tomorrow’s link post when I came across an editorial. Bradley Chambers wrote over at 9to5Mac that he thinks it’s time for someone to develop a Books Anywhere service similar to the (US-only) Movies Anywhere.

On the movies side of the business, there has been some movement to open up purchases. While the content still has DRM, multiple vendors have worked together to allow a service called Movies Anywhere. If you purchase a movie from Amazon Prime Video, you can stream it on iTunes/Apple TV as you bought it from them. If you find a deal on a film from Vudo (owned by Walmart), you can buy it, and then stream it on Google Play Movies.

A feature like this for books would be amazing. If Amazon puts a book on sale for Kindle, I could buy it and then know I could access it in the future on Apple Books. Digital books have been around for over a decade, so people are starting to build large libraries of purchases that are going to be locked to a particular platform forever.

This is never going to happen, for obvious reasons, but I expect that this editorial will get passed around a lot, so I thought it would be interesting to dig into it.

For starters, this type of service is not in the best interest of either Amazon or Apple. They have a solid position in the ebook market, and letting customers move their ebooks to other service providers could only weaken those positions, so neither one will go along with this idea willingly.

You’d have to force them to do so, which isn’t going to happen because no one in book publishing has that kind of power any more. It’s not like the movie industry, where the several major studios still dominate; while the major trade publishers did have that kind of power at one point, they pissed it away.

Book publishers could have forced all ebook retailers to adopt an interchange service back when the ebook market was still new (2010-ish), but instead the Big Five conspired with Apple to bring about agency ebook pricing. They wanted to kill off the market by raising ebook prices, but instead they killed their own ebook sales, allowed indies to step into the gap, and handed control of the market to Amazon.

Don’t get me wrong, I love how publishers gave authors the opportunity to learn they can do without the gatekeepers, but the Big Five publishers had the chance to define the landscape of the ebook market, and they threw it away.

What’s even worse is that there were several platforms that could have become the Books Anywhere service that Chambers proposed if book publishers had thrown their weight behind one back when they still had power.

Take Readmill, for example. This platform was literally designed to be a Books Anywhere service, and if publishers had demanded that all major ebook retailers supported Readmill, that might have actually happened. Instead, Readmill was acquired by Dropbox in 2014 for $8 million.

And then there’s Adobe Digital Editions. Launched in 2008, Adobe DE was/is a DRM platform that could be licensed by device makers and ebook retailers. They could have shared the same DRM, giving consumers the option of moving ebooks purchased at one retailer to a device purchased from another.

Sure, Adobe DE tech was marginally functional then and it’s still mostly unusable now, but that is mostly because the team that developed it at Adobe spent almost as much energy surviving Adobe’s internal politics  as they did developing the platform.

Tech can be improved or replaced, if there’s demand for it. But instead the publishers let first Amazon and then Apple get away with using their own unique flavors of DRM. And then they lost the power they had.

The simple truth is the book publishing industry passed up any number of opportunities to create a Books Anywhere service, and did not. And I think we all know why that happened.

Let’s be honest: a Books Anywhere service would have actually helped the ebook market, and even today that is the last thing that Big Five publishers want.