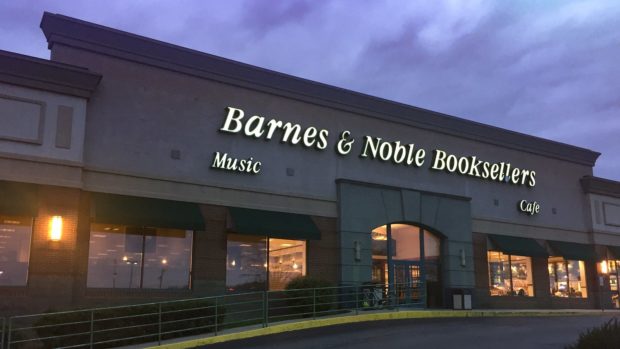 When I reported last week that B&N was delaying payments, I didn’t know whether it was the result of the office closing or a sign of money issues.

In what is an eery reminder of the end of Borders, B&N has now admitted that they are having money issues so severe that they are even delaying ebook royalties (which are a negligible percentage of B&N’s revenue).

Edit: Snashwords posted a similar message to their update page. Then they posted a second update with the news that B&N will be making full payments to authors and distributors.

Draft2Digital sent out an email today, passing along the bad news.

Recently we informed you of certain issues facing Barnes & Noble, resulting from the impact of COVID-19. We wanted to update you with some news, and with a special request.

Just as each of us has individually faced unexpected challenges during this worldwide crisis, so have major retailers. With many of B&N’s storefronts closing during the pandemic, the retailer has seen a dramatic drop in cashflow. One result of this has been a delay in paying publishers for ebooks sold via their Nook Platform.

We’ve been informed that these delayed payments are being done for larger accounts, such as Draft2Digital, and not necessarily for all smaller accounts.

Barnes & Noble has advised us that full payment may be delayed up to 90 days. However, B&N has agreed to pay us 1/3 of the total for February sales now, and to pay the remaining 2/3 of funds at a future date.

Do you want to know how small fry the Nook is to B&N?

In B&N’s last fiscal year, Nook revenues, including both hardware and content sales, totaled $92 million, while revenues for the fiscal year totaled $3.6 billion.

That is not a lot of money when divided into monthly payments, which is even more worrisome. A back of the envelope calculation suggests that Nook royalty payments for February are in the ballpark of $3 to $4 million.

To be fair, with over 400 stores closed to the public, B&N has lost anywhere from a third to half of their revenue, so that minuscule Nook revenue now represents a much larger percentage of company revenues.

Furthermore, ebook sales are bound to increase as a result of the shutdown, which means that B&N’s ebook sales could grow to be as much as ten to fifteen percent of company revenue this quarter.

We’re not talking chump change any more, but it remains to be seen whether the company will still be around to make those sales.