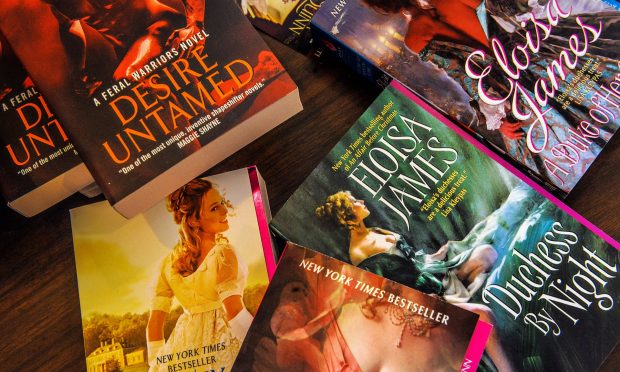 Much to the surprise of everyone who watched the RWA’s very public attempt to destroy itself earlier this year, the Romance Writers of America has announced a new book award, one that is named after its (largely overlooked) black founder.

Now the association has announced that the Ritas will be permanently retired and replaced with a new award, the Vivian, in an attempt to move on from the controversy.

Named after the RWA’s founder Vivian Stephens, a black editor who worked to publish romance writers of colour, the prize is intended to recognise excellence in romance writing and to “celebrate the power of the genre with its central message of hope – because happily ever afters are for everyone”.

Stephens recalled an astrophysicist explaining that the elements from which we are made are forged in stars.

“Since we all live in the universe it is well worth remembering that underneath the outer dressing of ethnicity, color and gender, we are all the same,” she said. “Showered with the gift of stars. Members must step up and deliver their best. Romance novels are read by people of every background throughout the world!”

This probably will not be enough to save the organization which has been dying ever since it attempted to silence activist and author Courtney Milan late last year.

The public announcement that Milan was being expelled from the RWA for an “ethics” violation when she criticized a publisher’s books as racist, plus the later revelation that the process used to convict Milan was BS six ways from Sunday.

Not only was the basis for the complaint ridiculous, it was made by a publisher), the investigation was kept secret from the Ethics committee, focused on remarks Milan made on Twitter (social media is specifically exempt from Ethics complaints), and the decision ultimately came down to tone policing (Milan used curse words).

It was readily evident that Milan was railroaded, and I am not the only one who reached that conclusion. That is why hundreds of RWA members left the org, and why several RWA chapters either dissolved or voted to disassociate with the national organization.

While that was not a huge number of members, it was a significant number of the energetic members who ran the chapters, the national conference, and the annual book awards. The RWA as an organization still exists, but the members who made things happen have either left or are disillusioned with the org.

Getting those members back will require the RWA to make real changes, and I just don’t see that happening.