It turns out Kobo’s new ereader is not as new as I had hoped.

I was just reading over on MobileRead that Staples Canada has put the Kobo Nia’s product page online two days early. The new ereader is reportedly going to sell for $129 in Canada (which is really weird given that the Kindle Paperwhite has much better specs and costs $119 CDN).

Meet the Kobo Nia, aka the Tolino Page 2: 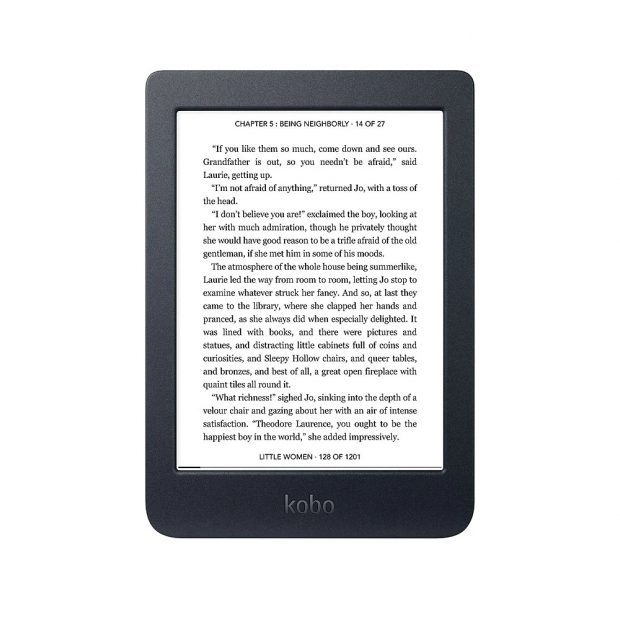 I hadn’t mentioned this before, but it had previously been speculated on MobileRead that the Kobo Nia would be a Tolino Page 2 clone. I didn’t take that speculation seriously (I was hoping for something cool) but I will give credit where it is due.

As you can see if you compare the photo gallery at the end of this post with the Tolino Page 2 gallery, the two devices really do have the same hardware. This move makes a certain amount of sense given that Kobo is the hardware partner for Tolino.

The Tolino Page 2 (Kobo Nia) has a 6″ Carta E-ink screen with a capacitive touchscreen and a frontlight. It runs on a 1GHz single-core CPU with 512MB RAM and 8GB internal storage. It has Wifi but not BT, measures 9.1mm thin, and weighs 179 grams.

The Kobo Nia is a replacement for Kobo’s current entry-level ereader, the Aura 2. I do not know when it will be available, but I am expecting it to be announced on Tuesday of this week.