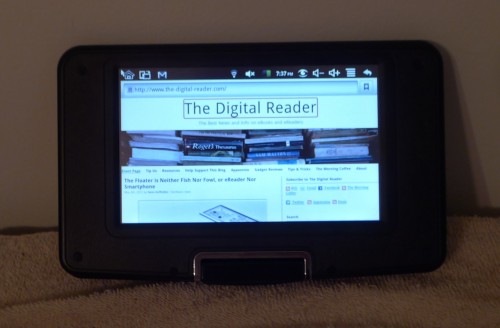 Last Sunday I came across an odd little Android netbook/tablet, and like my many other gadgets I couldn’t resist buying one. Well, I’ve made similar mistakes before. Live and learn.

There are multiple problems with this device and I wouldn’t recommend that anyone get it. But when you consider it as the proverbial dancing bear, it’s rather interesting.

First things first. I must caution everyone from buying this device from Meijer (where I got mine). They sent me a used unit, not new. The box was open, the device was scuffed, and someone’s Google account was already set up. I even have access to their Yahoo email account. So this unit was not only used, it wasn’t even reconditioned before they sent it out again. Sloppy, that.

I can confirm the specs I found on Sunday (more or less). I’m not completely sure about the CPU (800MHz WM8650), but it is running Android v2.2 and it does have all the ports mentioned. The build quality is poor, much more so than any of my Android tablets. The keyboard feels okay, but the screen is mounted in a flimsy frame and is sensitive to being pushed from behind.

And I just noticed that my unit is falling apart. The  base is coming apart at a seam, but luckily I managed to get it to snap back together.

The pivot hinge turns through 270 degrees. It can wobble significantly, so much so that if you’re not careful you’ll scrape the keyboard (or possibly even snap off the screen). You’ll also need to be careful how you hold it while it’s in tablet mode; hold it in the wrong spot and you can accidentally put it in sleep mode. 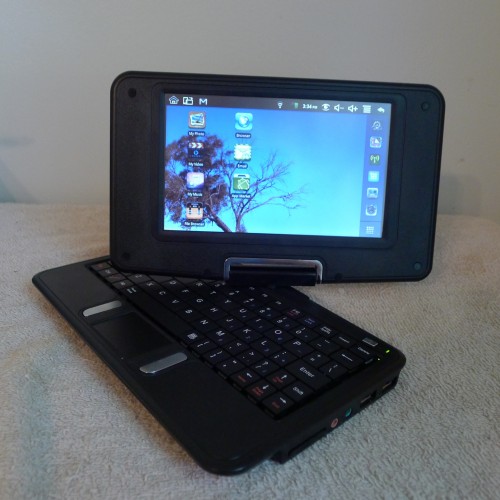 Though that might be a good thing; there’s no visible power button when it’s in tablet mode. But since you can press in the right spot to trigger the power button hidden beneath the screen you can wake it up.

The screen is 7″, making the keyboard awfully small. It’s not easy to type on, but it is easier than the stock on-screen KB that ships on most Android devices. It is a full KB with number and function keys. Best of all it works like one too; all the special characters are in the usual places (@,#,$, etc) so you don’t have to hunt and peck for them in the on-screen KB.

It also has a couple non-standard buttons; the Android menu and home buttons are on the bottom row on either side of the spacebar. There’s no back button on the KB, but the escape key looks to be set to work like one.

The trackpad is reminiscent of other crappy 7″ netbooks I’ve seen, but this one functions better than most. It’s tiny but it seems to be reasonably accurate.The right button is set to act as the Android menu button, while the left one behaves like you’d expect. 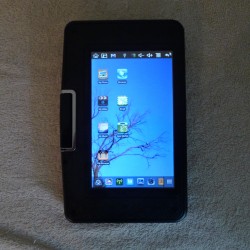 The best that can be said about it is that it kinda works. Yes, it runs and you can install apps. It comes with a decent suite of apps, including  the basic email, web browser, calendar, Facebook, Twitter, Youtube, etc. That last doesn’t seem to want to work, unfortunately. This device also has a voice recorder, the SlideMe App Market, basic media players, and it has utilities to support a 3G dongle and the ethernet port, though I have no way to test them.

It takes its own sweet time to install apps, but you can do it. Just don’t plan on running too many at once; it tends to freeze. It’s a pity the software isn’t better; it could have salvaged some value from the poor hardware.

And please note that I’ve seen all these issues after playing with it for only a day or so. That’s not a good sign.

I’m still not sure yet about the battery life, but I would estimate that you should get around 3 hours of use out of it.  It should also be good for at least a couple days in sleep mode. 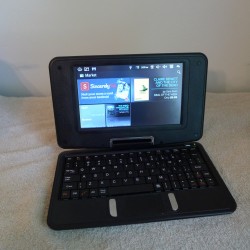 It doesn’t ship with Android Market, but I did figure out a way to get it to kinda work. I grabbed the vending.apk that is in the ZIP file mentioned here. None of the other apk files in that ZIP file would install, but vending did. Android Market works about as well as the rest of this device, so I guess it’s not that bad. I have managed to install a couple apps, which is more than I was expecting.

But I was not able to install Angry Birds, so I cannot run the basic test I always do.

This post ended up far longer than I intended. I’m not going to recommend this device as a serious tool, but as a toy it’s not bad.

In any case, I hope I’ve given enough details that you can make up your own mind; good luck. 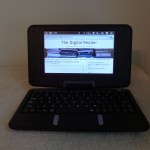 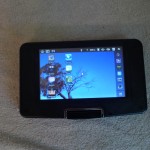 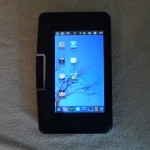 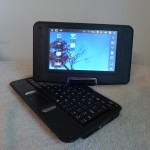 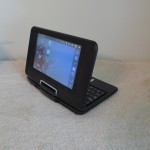 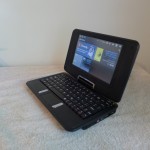 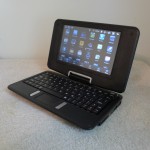 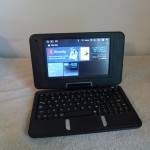 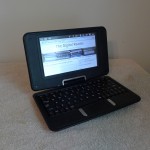 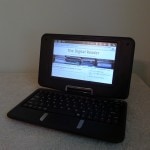 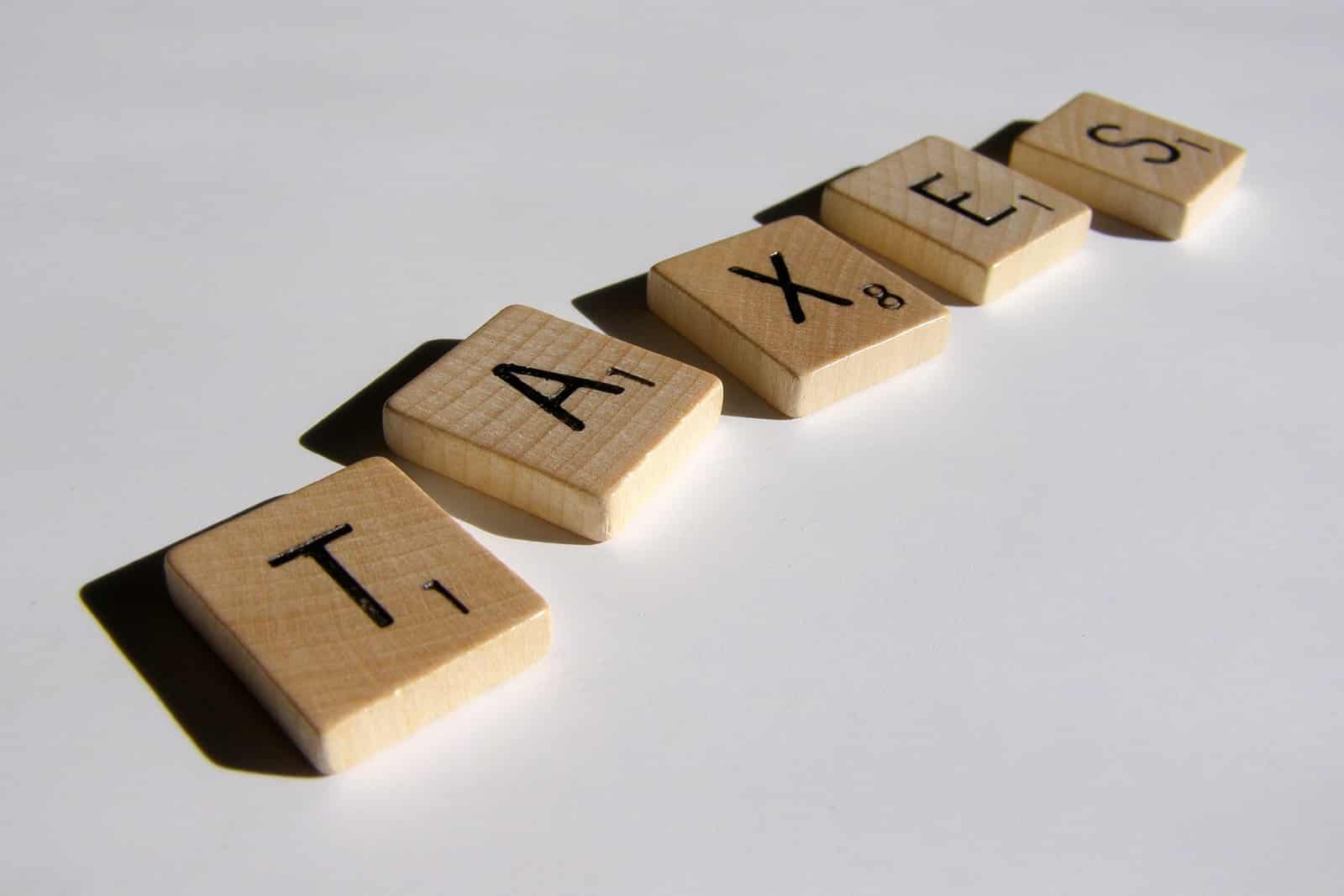 […] the odd duck of the Android ecosystem so I think it’s worth a brief look.Update: I posted a brief review of the device.It’s based around a standard cheap 7″ screen, and it’s running Android v2.2 Froyo […]

I am fascinated by these type of devices, and have been for many years, going back to the Windows CE days. I’ve never owned one though. This one would be fun – for two or three days, maybe a month at the most.

I found another one by the same company running Android 4.0.

It might be a bit more fun. No specs listed, unfortunately.

Ick. I’d skip that one; various versions have been floating around for the past several years. It’s crap.

I bought one, that works fairly good for 3 mths. Now, all it does it keep rebooting. Any suggestions out there for a fix appreciated.

Bought one bjt took its hardly worth the 100$ I paid at biglots I buy cheap android and such to check them out and so far the cheapest one kicks the shit out of this one I have a 60.00$ utab430 it has 512mbs of ram and 4 gbs jnterbal they included in android wich is wrong to do the swap file flr ram. And in linux platforms its the same size as the ram 256 mb. So this pos has 128 mbs of ram

I received this netbook for a birthday present and I am having problems with it working. What I mean by that is you can turn it on fine and off fine. My problem is I turned it on and was putting some of my personal information in it and the screen cut off. So I turned it back on and it cut back on fine but it went to a screen that is black in the back ground and it has in white letters ANDROID in fine print and it won’t do anything else. It won’t let me do nothing else. So I read my little handbook that came with it and I followed what it said do if I was having trouble and also I reseted it also but still nothing. I even called the phone number that was on the instruction contact 1-866-815-4714 and I left a message and also I e-mailed them and I still haven’t got any e-mails back. Iasked the person that I got it from if he still had a receipt and he doesn’t.. I am a busy wife and mother of 5 and I would love to get this problem fixed.

If ANYONE is having issues with the "Android 2.3 7 inch 2 in 1 Swivel Netbook and Tablet in one" I finally found Callback info AND an address which I will share with everyone.

Midwest Trading Group, Inc is the manufacture of this device, They only offer 90 day warranty on the tablet .

Thanks Bill!!! I bought this in October, barely 2 months later it has quit working. I didn’t use it a lot, either, because of all the issues listed above, and when I finally found a use for it it quit. I will be contacting them to return it.

Where can I purchase a replacement charger? Thanks in advance for your help. Joe

Your best bet would be to take the netbook to Radio shack and match the hole to the correct sized plug. They offer a mix and match system with a bunch of alternate chargers and plugs.

I have demo expired in the middle of my screen and can’t get off i have tried to reset but it do any good do any one know to get it off.

Bought a tablet about 31/2 months ago now I can’t get on it. It says to touch the crossbar to calabrate but nothing happens it just keep saying try one more time. Anyone know how to fix the problem. I really like it but I’m not getting any use out of it now.

I too bought this lovely bit of poop from BigLots! Wish they hadn’t dumped all that crapware on it. It almost works good! Glad I didn’t pay more than $65 for it. Does anyone know a good ereader app that handles DRM besides Tradebit or elibris?

I would like to know where to get a free download manual for it.
No instructions came with mine.

I don’t know. I’ve never been able to find a support website.