Ever since Google announced the Readerpocalypse I have been taking time every few days to post a short review of one or more possible alternatives. All of the services I tried were intended to work in a desktop web browser, but today I plan to take a different tack.

I’ve been in need of a mobile news reader for a while now, and I thought it would be useful to jot down my notes and share my opinion.

The following post includes short  reviews and screenshots of 4 apps for Android and iPad:

Update: I’ve added another news reader app (because it now works with BazQux).

At this point I would recommend Mr. Reader and (if you want to use Android) JustReader. The other  apps aren’t as good (IMO), are less polished, and I just don’t like them as much.

But the other apps are generally functional. The initial 4 apps cover all of the bases: sharing options, starred content, "show only unread" viewing mode, and so on. The 4 apps are more feature complete than most of the news reader services I have reviewed over the past few months, so there’s little to dis-recommend any of them.

First, why these apps and not any others?

Two reasons. These are the apps that work with BazQux, my preferred news reader service. Also, many mobile news reader apps cost money and I am not willing to throw my money away by spending it on an app I can’t use for the long term.

BTW, if you happen to be developing a mobile news reader app and want to send me a free copy, drop me a line. I’ll review your app.

This app is available for iPad. It (currently) syncs with BazQux, Feedly, Fever, FeedBin, FeedHQ, and Feed Wrangler. Here are a few screenshots showing the reading mode, one of the themes, and the formatting options menu:

I didn’t grab a screenshot, but there are actually several reading modes. "Web" shows the original webpage, while Instapaper, Readability, and Pocket show the full article sans ads. They grab the article from the web page, so this app would be a good choice for reading articles from blogs that only post excerpts to their RSS feed.

I like the app, but it seems to be missing the title only view that I want (in the article list). But on the plus side it does offer a bevy of formatting, sharing, and filtering options and the starred and marked as read actions get passed back to BazQux in a timely fashion.

This app is significantly less pretty than Mr. Reader. It’s available in paid and free versions for iPad and iPhone, and it (currently) syncs with BazQux, FeedHQ, InoReader, and The Old Reader.

As you can see, there are 2 reading views, and both are ruined by the ad at the bottom of the screen.

The second reading view grabs the full article from the website and shows it sans ads. This could be useful for feeds that only include article stubs instead of the full article.

The free version of Feeddler is supported by ads, and if you pay $5 you can upgrade and get Pocket and Evernote integration and more mark as read options. I will not be upgrading; I object to the limited features and ads on the free version. When you combine that with the unappealing appearance it is enough to drive me away.

This is a free/paid app which syncs with Feedly and BazQux. The free version is ad-supported. The paid version cost $3 and offers a few more offline reading options and support for multiple accounts.

I had to test this app on my Nook HD+ (I dropped my Nexus 7). I used the tablet mode to make use of the screen size, but there is also a more linear layout designed for smartphones and smaller screens. The layout and behavior was a little confusing at first, and I discovered that there were numerous ways to view a folder full of feeds.

The screen shots above show just one of the themes available. If burnt orange isn’t your thing (I think it’s ugly) there are less garish options.

Another detail I didn’t show but feel is worth mentioning is that this app can grab the full article (sans ads) from the original source.  I’m reading it with the text bolded (it’s a formatting option) and I like it.

In spite of the confusing design, I think this is a usable app. The ads are not that annoying, IMO, and this app does offer most of the formatting and layout options I want. They are a little hard to find in the settings menu, but once this app was configured it works for me.

This is an expansion on gReader, the well-known news reader for Android. It is still in beta at the moment, so there is no guarantee that it will work for you. Current news reader support includes BazQux, CommaFeed, NewsBlur, TinyTiny RSS, and there’s a generic extension for Google Reader clones (I don’t know what that is for).

I ended up having to test this app on my KFHD because B&N won’t let me install 3rd-party apps on the Nook HD+.  That was good for me because I got to test out the Ivona TTS option. That sounds a lot better than the usual Android TTS.

Here’s what it looks like on the KFHD: There’s also a title only view which isn’t shown, and a "web" reading mode which can pull in the source webpage, ads and all.

This app is still rough around the edges, but it worked fine for me – mostly. Not all features worked.

For example, there’s a checkbox in the settings menu for Google Translate but I don’t see a way to actually use that feature. There’s also a limited variety of themes (including a night mode). And the folder/article list layout in portrait mode doesn’t seem to be a good design (you can’t have both on screen at the same time).

But the offline reading mode appears to work, so there is that.

This is a minimalist style app for Android. it offers just the one gray colored layout which works well on a smartphone sized screen but not so well on a tablet screen. This app works via the Fever API, which required that I select the Fever option and then enter the BazQux URL and my mobile login info.

While Press doesn’t offer the multiple view modes (title only, excerpt, stub, etc) of other apps it does have a Readability/Instapaper mode which can pull the full source article and display it in the app.

While I mainly tried this app on my HTC smartphone, I also played with it for a few minutes on my Nook HD+. It didn’t look good, and this is definitely a smartphone-only app. 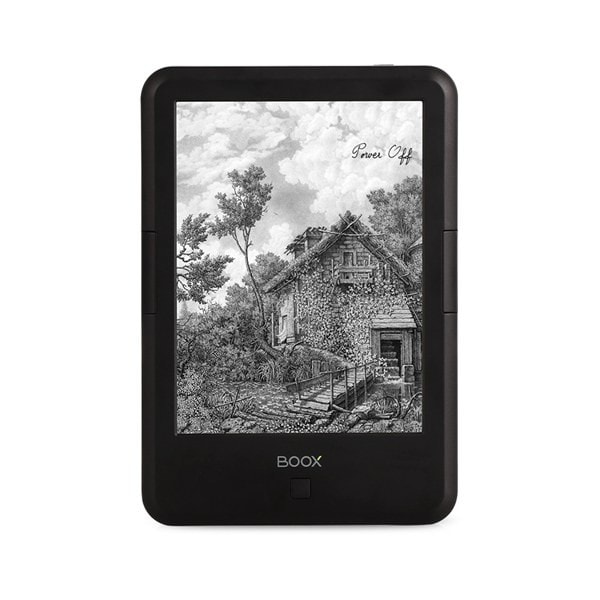 I would recommend you trying Reader+ for Android. It’s a shame that it doesn’t support BazQux (yet? I hope it will at some point) , but in terms of user exp. it is far, far ahead of the competitors. Though it’s not even close to Mr.Reader, which is, how to put this, is the most amazing RSS reader ever.

[…] a new update this week  with new features and full support for iOS7. Don’t look now but the best news reader app for the iPad just got […]