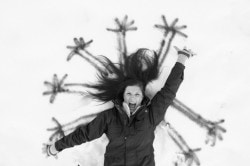 Buzzfeed is back in the press again this week with the news that this viral content site had raised $50 million to make a movie. Many people are talking about how this site promotes itself, but I don’t know how many are using the correct words for the activity.

For example, this was published in the NYTimes on Tuesday:

While many people now find their news on Facebook, it’s easy to forget that very recently they found it on Google, and will surely find it somewhere else in the not-too-distant future. The danger for media companies, then, is to focus too much on the way stories are delivered and too little on what the pieces say.

BuzzFeed has been clear about its strategy: Publish items that people want to share on social media. It called Facebook the “new ‘front page’ for the Internet.” The strategy appears to be working. BuzzFeed’s new $50 million investment values the online media company at $850 million — one year after Jeff Bezos bought The Washington Post for $250 million.

Everyone talks about Buzzfeed and social traffic, but so far as I know no one seems to be (explicitly) using the right word for what Buzzfeed is doing.

And that word is Marketing.

I suppose this point is obvious to anyone in publishing; books and authors have long been promoted on social networks. I certainly knew about that type of marketing, but I would also add that I have never heard anyone explicitly apply the "M" word to Buzzfeed and other websites.

Let me give you a couple examples of how using that word changes what we’re saying:

Adding that one word changes everything, I think, and it also means that anyone not actively marketing their content on social networks is probably making a mistake.

There are still a sizable number of websites that aren’t making enough (or perhaps the right kind of) efforts to promote themselves on social networks. For example, I was tipped to this story by Jane Friedman, who tweeted:

This trend article says social traffic is booming, but at sites I deal with, organic has always been much higher: http://t.co/en351oq25a

This blogger has long counted organic search results as a leading source of traffic, and I am one of a number of bloggers who have discounted the value of social networks as a traffic source. But now that I see how to classify my activities on social networks, I realize that attitude was a mistake on my part.

Again, this point might be obvious to some, but I for one have never heard or read Buzzfeed being discussed in relation to the "M" word. Perhaps everyone assumed what that meant, but I did not catch the subtext.

And so I thought this was worth sharing.

New firmware out for Pandigital Novel

Is Facebook a Life Raft for Web Publishers or the New Gatekeeper? – The Digital Reader November 2, 2014 um 9:56 pm

[…] the resources to devote time to self-promotion on the social web (even though I fully grasp why I should be marketing myself on TW, FB, etc). Perhaps those who do have the resources to invest also gain from that investment, […]