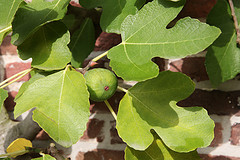 The Association  of Author’s Agents released an updated code of ethical guidelines today which were written to help Agents who "may not yet have had the opportunity to work out what good practice might mean to them".

The Good Practice Guidelines for New Agenting Services, which sits alongside the AAA’s Code of Practice, aims to help agents who are changing and diversifying their services to include helping authors publish their own work.

Lizzy Kremer, committee member of the AAA and agent at David Higham Associates, led the drafting of the 14 guidelines, which address how agents should conduct themselves when it comes to remuneration, contracts and offering advice to authors.

“Up until now, almost all of the ways in which agents have supported authors have been guided by the structure of an author–publisher contract,” she told The Bookseller. “Those contracts very clearly set out the obligations of the publisher to the author. When an author is assisted to self-publish there is no such contract, so we need to make sure that the author is well served.

While I don’t know how well this new set of ethical guidelines will be received, I do feel that new guidelines are sorely needed, especially ones which say that "an agent has an overriding fiduciary duty to act in the best interests of their client at all times".

I have heard some horror stories over the past few years of agents not acting in an author’s best interest. For example, in June of this year Claire Cook wrote on Jane Friedman’s blog about why she was breaking up with her agent:

I finished writing a draft of Book 2 of the new Must Love Dogs series. My agent not only read but also gave me helpful editorial advice. We seemed to be on the same page in terms of the steps I needed to take to get my career back on track. I’d already self-published Must Love Dogs andMultiple Choice with her full knowledge and support. It seemed to me that if I could get my career moving again, it would only benefit us both down the road.

And then one day on the phone my agent informed me that in order to continue to be represented by this mighty agency, I would have to turn over 15% of the proceeds of my about-to-be self-published book to said agency. Not only that, but I would have to publish it exclusively through Amazon, because the agency had a system in place with Amazon where I could check a box and their 15% would go straight to them, no muss, no fuss.

That is an agent who was clearly not acting "in the best interests of their client at all times"; it  is one thing to ask for a cut but another to demand an Amazon exclusive. That sometimes does result in higher revenue, but not always and thus should not be the sole option.

And that’s not the only example. I actually have a half dozen, but I’m going to single out the best/worst example.

In April 2013 David Gaughran profiled Argo Navis, the self-pub arm of Perseus Book Group (which is itself both a publisher and distributor). Argo Navis is only available to authors through their agents, and it offered terrible terms, including taking a 30% of net while billing the author for any services beyond distribution.

That 30% is a far higher commission than an author or agent would pay to BookBaby, Draft2Digital, or any of the other ebook distributors, so it might surprise you to learn that a long list of agents were partnered Argo Navis . According to David, last year that list included some prestigious names:

But now that the AAA has put out new guidelines which remind us that "an agent has an overriding fiduciary duty to act in the best interests of their client at all times", I’m sure that all of these agencies will cut ties with Argo Navis. 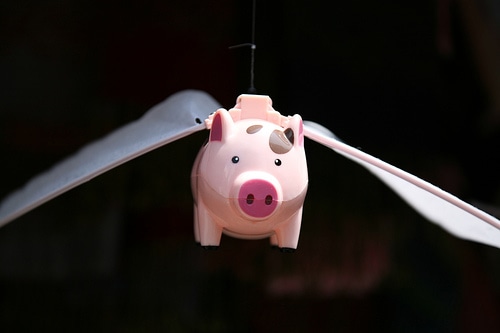 The sad truth is that some agents have a very different idea of what it means to act in the best interest of their client from what a disinterested outside observer might think. And since those agents were not (in the opinion of this pundit) following the old guidelines, I do not see what the new ones will add other than to provide a fig leaf.

The agents who were going to behave ethically already are, and the ones who aren’t would not have been helped by the new guidelines anyway. but hey, they’ve have that fig leaf, at least.

Update on the Overdrive reading app

I don’t hold out much hope for the AAA guidelines having any effect whatsoever. The AAA had guidelines against its members offering publishing services for years, which were continually breached by a huge number of members. The eventual solution was… to change the guidelines!

Even when a UK agent was caught red-handed engaging in very shady behavior – pushing rejected writers towards a vanity press which charged authors thousands of pounds to publish. Written proof was furnished to the AAA, and the AAA did absolutely nothing. In fact, the president of the AAA gave a mealy-mouthed defense of that agent.

So I don’t have much confidence in these guidelines being anything other than pretty window dressing the AAA can point to and say "Look authors, we’ve got your back!"

More on that here: http://www.thebookseller.com/news/soa-concerns-over-vanity-publishing-advice

“Look authors, we’ve got your back!”

…because it makes it easier to stick in the knife.

Agents are going to look out for themselves first. They did before self-publishing and they are going to continue to do so. That isn’t all bad–in trad publishing the agent’s needs USUALLY lined up with the author. But not always. Sometimes agents wouldn’t submit a book to a publisher because she didn’t want to risk her own network. The author was left in the cold to either find another agent or just let the book sit. That STILL happens even with self-publishing around.

Too many agents (and one is too many) don’t view the relationship as a partnership. They simply want to charge money for some service or other. That’s a bad thing. Not all writers want to go it completely alone. They want guidance and services. But an agent needs to be clear on what services they offer and what those services cost–upfront. Writers need to know BEFOREHAND that exclusivity with Amazon is required. Writers need to know that if they self-publish they will be expected to pay the agent whether the agent does anything (editing, tried to shop it) or not.

In this day and age, if the agent is going to take a cut of sales, most writers are better off finding their own editor. Or paying the agent a flat-fee for editing. Pay someone for a cover. Publish it. Pay for marketing if required. Royalty sharing rarely works out in the author’s favor unless the agent/editor/publisher is a true partner with a long term view.