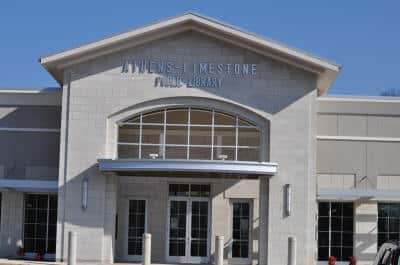 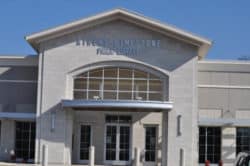 It is widely acknowledged, in the year of our lord 2016, that fines disproportionately impact the poor (who cannot pay them). This includes court fees and even library overdue book charges, which is why public libraries are announcing amnesties and why there’s a growing movement to end library fines.

But one public library  in Alabama has found itself between a rock and a hard place. The Athens-Limestone Public Library has announced a new campaign to get people to return borrowed library books, and yes scofflaws could get jail time.

"We have too many outstanding books that haven’t been returned. People with several hundred dollars worth of library materials that are sitting at home," Executive Director Paula Laurita said. And with the total amount of missing items worth nearly $200,000, the library decided something needed to change.

An ordinance has been on the books for some time now, but after events earlier in the year didn’t convince enough people to return what they had, Laurita decided it was time to enforce it.

"It’s not our first step. Our first step is to have a good relationship with our patrons and remind them to bring everything back," Laurita said.

If you do have overdue materials, you will get a reminder via text or email. And if you ignore those, a certified letter will head your way, saying you have 10 days to get everything settled. If that doesn’t work, a court summons will be issued. Ignoring that could result in another fine and possibly jail time in extreme cases.

As much as we would all like to scream and shout about sending people to jail over library books, it’s really too early for that. We don’t yet know that anyone will be sent to jail when the county starts to enforce the ordinance.

The librarians at the Athens-Limestone Public Library are as cognizant of the problem as we are, and they would not take this step if they didn’t need the money (or at least the materials returned rather than replaced).

That library serves a population of around 80,000 people, and it has an annual budget of about half a million dollars. Its budget for buying new acquisitions is under $50,000 a year, so if it tried to simply replace all of the missing material the library would not be able to buy anything else for the next four years.

So no, this is not a small problem.

image via Athens Plus

its not for books, but for ereaders, ipads, other tablets and DVD and Blue Ray discs that dont get returned. My library is now offering wifi hot spots to take home for two weeks. This stuff is expensive, thatt is probably what the fines are for.

Without the threat of fines and other consequences, how would you ensure the return of library property? SWAT squads?

it’s the only way to be sure.

A bit redundant in some neighborhoods, no?

Once the court summons is issued, it is out of the hands of the library and into the general criminal justice system.

And, this being America, statistically African-Americans will go to jail in greater numbers for this.

No, they don’t have this problem because the licenses expire and because library ebooks cost so much more than paper that libraries can’t buy as many copies in the first place.

First, no fine should be greater than the value of the item. Second, there will always be unrecoverable losses and any library budget which doesn’t account for that is the *real* culprit. Third, they can enforce collection in ways other than criminal prosecution; putting a hold on drivers licenses, for instance.

Bottom-line: A first-world society doesn’t throw someone in jail for failing to return a $20 library book.