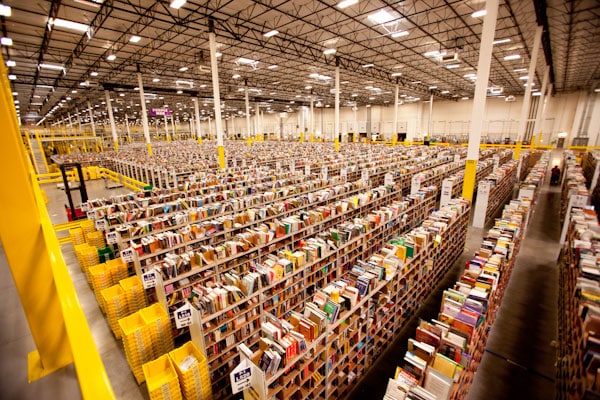 The UK-based Amazon Anonymous continued its campaign against Amazon this week with the release of a new video on Monday.

For the past two years AmAnon has been trying to reform Amazon from without, and this week the group posted a video intended to highlight all the details of Amazon’s warehouse operations that Jeff Bezos won’t be mentioning during Amazon’s annual general meeting in Seattle today.

The video is 85 seconds long and features the testimonials of four anonymous voices. One said: "I’ve always considered myself a very physically fit person, I’m a keen amateur cyclist – but after two weeks of a physically and mentally punishing regime I gave up, I could hardly walk with blisters."

Another said: "They laid off temporary shift workers on mass and sometimes at 4am when it was freezing, and nobody had anywhere to go, we weren’t even allowed to stay in the canteen until the buses started running."

While another said: "We had zero hour contracts. Sometimes we were told to go home without pay after waiting round for a couple of hours with nothing to do. I have never felt such depression from work in my life. I felt unable to do anything about how I was being treated."

And finally: "My performance was continually monitored. Everyone was under so much pressure to achieve targets, the work environment was one of the most unhappy I have ever been in."

Amazon has a long history of warehouse working conditions which could be described as anything from strenous to abusive, so nothing in this video comes as a surprise.

It should also come as no surprise that AmAnon has had little impact so far; the group have have slowed Amazon’s growth by the smallest fraction but they have not stopped the retail giant nor visibly influenced its policies.

Nevertheless, one cannot discount the cumulative impact of a social awareness campaign like AmAnon. If its efforts strike a chord with consumers, they could force Amazon to change.

Despicable. I still remember the story awhile back about Amazon offering, what, $4,000 to workers that want to quit or something? Is that all the time or was that once?

Having people wait for 2 hours to be told there’s no work? That’s a failure of leadership.

It seems Amazon has no leadership, to be completely honest. Is Bezos too busy galloping around the Gallapagos again?

Run your company, not lives into the ground.