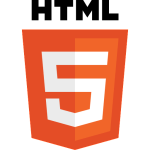 In a move designed to attract developers with HTML5 apps in the Chrome Web Store and the Windows Phone Store, earlier today Amazon started accepting self-contained apps for its app store.

Developers can now submit apps which are not dependent on an external website like, for example, an ebook app or a news app.

The app has to include all required components and com wrapped in a ZIP file, and and Amazon will offer that web app to millions of Kindle Fire and Amazon Appstore customers.

Amazon has long supported apps which were mere extensions of websites, but with today’s news Amazon is encouraging developers to break free of external dependencies. In much the same way that Chrome adding an offline mode for apps made it more useful, today’s news will make HTML5 apps a viable option in the Amazon Appstore.

when Amazon released their new phone I looked at my current phone (galaxy S4) and saw that there were several apps missing from Amazon’s store that I didn’t want to go without. FF to today and all of those apps are in the store, not all of them are free, but they’re there. Odds just went up that my next phone might be from Amazon.