hot news this week is about Amazon expanding their existing gaming division with the acquisition of one of the leading indie gaming studio, thus making it very likely that they have a gaming console in the pipeline.

Amazon has acquired a gaming studio called Double Helix Games, TechCrunch has learned, and Amazon now confirms. The deal was for both talent and IP, we understand. Financial terms have not been disclosed.

The Irvine, California-based company, founded in 2007 through the merger of two well-known game development shops, The Collective, Inc. and Shiny Entertainment, today employs 75 people who will now become Amazon employees and will continue to operate out of their Orange County home.

Amazon had already been developing games on a small scale; you can find some of their efforts in the Amazon Appstore and in the Kindle Store (yes, the games can be played on the Kindle). But with the acquisition of Double Helix, Amazon is clearly building toward a much larger scale effort in the gaming market. 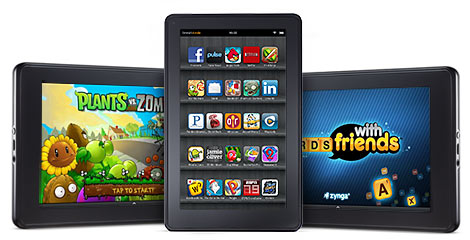 Double Helix makes a game called Killer Instinct, and they (or the 2 studios that merged to become Double Helix) also made a bunch of great games before that as well as tie-in games for titles like Star Wars, Buffy the Vampire Slayer, The Matrix, and others.

Basically this acquisition is a case of Amazon buying one of their suppliers. Amazon bought Double Helix for the same reason they bought Liquavista, Mobipocket, or Kiva Systems; each company had skills or tech Amazon wanted, so rather than hiring the smaller company Amazon aqui-hired (bought) what they needed.

Or at least it would be a case of Amazon buying one of their suppliers, if not for the fact that Amazon doesn’t have a gaming platform that would merit a studio as good as Double Helix – yet.

That yet is the key detail here, IMO. At this point I would say that it is a near certainty that Amazon is going to release a console / set top box, and I am basing that prediction on Amazon now having a flagship game title with no platform to put it on.

But will it be profitable or even a good idea? That’s another question.

Amazon’s rumored gaming console / set top box last appeared in the news last week, when one gaming blog reported that they had inside sources at gaming studios which said that it existed and was being pitched to said gaming studios.

I covered the story at the time, and in the ensuing debate in the comment section one reader asked whether it was already too late for Amazon. Felix made the point that there were high end and reasonably new consoles as well as much cheaper last generation consoles ($150 Xbox 360, for example) on the market. Also, Amazon’s competitors have a lot of games and established user bases, and that raises the question how exactly would Amazon be able to compete effectively?

It’s not like this is the ebook market, which Amazon effectively created, or the music market, which is sufficiently generic that simply selling MP3 is enough. Console gaming is built on selling consoles, and it’s not clear how Amazon can offer a better value proposition than their competition.

TBH, after Felix laid out his arguments I was half convinced that the console would never see the light of day. It didn’t make any sense once you looked at the state of the market (which I summed up above). But now that Amazon owns Double Helix I am not so sure.

In any case, the usual rule is to wait for a real hardware leak before believing in rumors and that hasn’t happened yet. We also haven’t seen any technical details on the console, so at this point it is little more than an urban legend.

Fred Meyer to carry the Nook

Amazon Charged me $30 to get the Adverts Off my K4

The console is clearly an option, but as I said before, it had better be cheap.
I still don’t see much room at anything near $200. Also, the three high-end platforms (Xbox One, PS4, and SteamBox) are all x86-based because high-end developers are increasingly reluctant to port to divergent architectures. So the rumored Android base of the Firetube points more at low-end casual games than AAA games. Which again says: cheap.

Another thing to consider is that top quality console games require a two-three year development cycle. It is very late to be buying them for a 2014 product release unless they have been working for Amazon for a year or two. And we know they’ve been working for Microsoft.

Do notice that most of the quality games in the Double Helix resume are licensed properties. They are more in the vein of Obsidian, a guns-for-hire developer, rather than one capable of generating groundbreaking IPs on their own. Effectively what they’ve bought is a stable of quality programmers.

I remain skeptical of the rumor as floated: $299 android-based console.
There might be a streaming box with casual/retro games as a counterprogramming move to the high tech next gen boxes. But that doesn’t add up to $299, does it?

Just a guess, but to understand why Amazon might build a console, think of Steam (the Amazon of online gaming and distribution).

The founder of Steam was on record as saying the closed-down Windows 8 was a "disaster" for PC gaming, and for software in general. As a result, Steam took steps to release both their own operating system based on Linux (SteamOS) and partnered with vendors to create Steam Machines (set-top computers/gaming consoles).

Steam’s efforts are in the early stages, but it’s not impossible to predict what it might lead to: a Steam "ecosystem" in the PC space, and by extension, in the e-commerce space, leveraging their already overwhelming dominance of online gaming.

So, if Amazon thinks that might happen, perhaps this is a strategic move. This would be a future of Steam, Amazon, and Windows branded OS’s and machines that are general purpose machines, but also e-commerce centers. (Note Microsoft already has their Xbox which currently does more than gaming, such as stream movies).

It is hard to say how robust or likely such an outcome would be. But I assume Amazon is doing their due diligence, throwing it against the wall, and seeing if it sticks.

I don’t see EA, ACTIVISION, or UBISOFT directly supporting such a box with AAA titles. I could see them tweaking their mobile games for it if it’s not too much effort.
But as they say in the movies, in a world where the older XBOXes and Playstations are looking to do 10 million each and the Wii U only 400K worldwide, the $149-299 space is a tough nut to crack. Go higher and you hit the new boxes at $399 to $499.

Again, I don’t doubt amazon might do a gaming device. I do doubt the specifics of the current rumor.

If Amazon got into gaming I would have expected them to do something along the lines of Green Throttle. This turned the Kindle Fire into a console by adding up to 4 controllers.
http://www.trustedreviews.com/news/green-throttle-turns-kindle-fire-hd-into-games-console

That seems to have fizzled, though.

Very true, and that would stop Amazon if they went the PS4/XBox route.

However, there is another way to do it, and that is exactly what Steam is doing: commodification. Steam is outsourcing all the production of their Steam Machine. Whoever wants to build one, can.

As happened with PC’s, one would expect commodification of consoles to drive prices down. This is all in the early days though, so who knows what would happen.

Also, given Amazon’s secrecy, it may be tough for them to go that route.

And how many commodity console platforms can the market support?
Steam is already on the way; I doubt the developers will welcome another.
The market isn’t lacking for alternatives nor will the entrenched players sit idly by. Sony’s finances might be tight but not so tight they won’t defend their last cash cow.