Amazon Gets a Patent on Kindle X-Ray, Public Notes

Amazon wasn’t the first to think of adding extras to ebooks but they could well be the last to add the X-Ray feature and shared highlights.

The retail giant was recently awarded a US patent for a "Customized electronic books with supplemental content" (Patent #8478662). The patent was applied for in November 2010, about 10 months before Amazon unveiled Kindle X-Ray, and in spite of the less than specific wording of the patent I do believe they are related.

As you probably know, Amazon launch X-Ray in Fall 2011. This addition to the Kindle platform featured character bios, place descriptions, and other supplemental content drawn from Shelfari, one of Amazon’s social networks.

If you ask me, that sounds like it could be covered by this patent. Here’s the abstract; tell me if you can see the similarities: 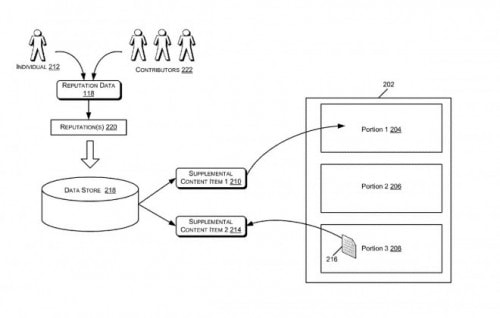 The patent is quite extensive, and in fact I am pretty sure that this patent covers the Public Notes feature currently available with ebooks purchased in the Kindle Store.

Public Notes was launched in early 2011, only a few months after Amazon filed for this patent. Tell me, have you ever read a Kindle ebook and looked at what other users highlighted and typed? That activity is covered by this patent.

I’m not surprised that Amazon included multiple activities under a single patent; they are efficient like that. You might recall the story from February 2013 about Amazon’s newly awarded patent on selling used ebooks. Buried in among the used ebook claims were several that closely fit the description and activities of the Kindle Owner’s Lending Library, the free program that lets Kindle owning Amazon Prime Members borrow one free ebook each month.

The KOLL program had been launched over a year before that patent was awarded, which again came as no surprise.

P.S. Wired beat me to the story, but they missed the fact that Amazon had already implemented several parts of this patent. Whoops.

Samsung Galaxy S 5″ Wifi & why I like smaller screens

Feedly is Now Polling Users About a Premium Service

Not only did the WIRED writer miss the fact that the patent is for something Amazon has already created and brought to market but their comments section is full of the usual anti-IP comments that have nothing to do with the patent itself.

The description is pretty turgid but if you make an effort to follow the process they describe it becomes clear that the patent is actually pretty narrow and specific to supplemental content from social networks. So the whole DVD extras and ad-serving examples WIRED floats are not within the scope of the patent. (Ad-serving is already covered by other peoples' patents anyway.) I suspect that without the social network and opt-in elements of the process the patent would not have been granted but that anybody trying to copy XRAY without a social component is going to have a hard time not infringing on the rest of the process.
As always, Amazon is both efficient and sneaky.