Amazon Should Get Out of Hardware, and Other Bad Ideas 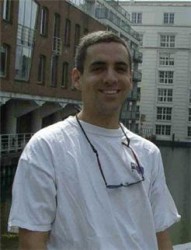 When it comes to the topic of Amazon and its hardware efforts, many pencils have been worn down to a nubbin over the past week.

Fast Company sparked the flurry of coverage with its detailed look into the Fire Phone fizzle and the news that Lab126 was being reorganized. This has led to an excess of stories on Amazon, including one in Forbes which argues that Amazon should get out of hardware entirely.

In a post titled Out Of Focus: Amazon’s Hardware Obsession Is Distracting Bezos From The Big Picture, Mark Rogowsky assumes that Amazon has an obsession with hardware which is detrimental to Amazon’s success.

This post came across my desk a couple days ago, and I was initially stumped as to how I should respond; there are simply too many things wrong with the piece and I did not know where to begin.

Try not to laugh when you read this:

… There’ll be no compromise on Kindle book buying inside the iOS app so long as Amazon sells phones and tablets.

Speaking of which, the Fire tablets are surely the albatross Bezos finds it difficult to shed. The illusion of success makes it difficult to just stop selling them, but again the reality is there is no important opportunity for Amazon to pursue. Tablet sales aren’t likely to grow robustly again anytime soon, especially among U.S. and U.K. consumers, who represent nearly all Kindle Fire buyers. And there is nothing about owning a Fire tablet that is especially compelling for an Amazon customer such that they’ll switch from an iPad. It’s a nice product with some clever features that Apple might be wise to copy, but like the Fire Phone, Amazon’s tablets haven’t proved they have any reason to exist.

Rogowsky would have you believe that the reason Apple took away the in-app sales was because Amazon sells hardware. This premise conveniently ignores the fact that Apple’s decision occurred nearly a year before the original Kindle Fire launched, and impacted tech companies across a spectrum of industries ranging from ebooks to music to video.

Rogowsky would also have you believe that a $99 Fire HD 6 appeals to the same type of customer who might buy an iPad. (There’s overlap, yes, but still … )

What’s more, Rogowsky is not just wrong in his supporting arguments; his very premise is based on a flawed understanding of Amazon’s motivations.

Rogowsky thinks Amazon has an obsession with hardware.

As any long time Amazon customer can tell you, Amazon has an obsession with the customer experience; hardware is just a means to that end.

To put it simply, Amazon’s hardware efforts are far from a failure; people are happy. And that is something Amazon could not guarantee if they did not develop their own hardware.

In short, Rogowsky is arguing that Amazon should no longer try to offer the best customer experience.

Why exactly would Amazon do that?

In short, Rogowsky is suffering from Apple Derangement Syndrome.

Indeed. You can spot an Apple fanboy a mile away because they can’t conceive of anyone wanting anything besides an ipad.

I would not call it a derangement; it’s more of a self-induced myopia. There are things he is refusing to see.

I do think there’s a point there. Early in the birth of e-books, it was important to have a device and system that made it easy for customers. Early in the days of tablets, it may have been important for companies Amazon and Kobo to have their names on tablets.

The situation is changing now, as general purpose tablets have become so cheap and powerful. Why invest in building and supporting tablets, if they are no longer such a differentiator? Kobo is getting out of tablets, and B&N seems to be decreasing its commitment to them.;

In the same way, why build special e-book readers if the next wave of e-ink devices are open Android and have applications to read multiple e-book formats, from a variety of companies?

Amazon is different from the other companies, with its strategy of locking customers into its ecosystem (other companies try to do this, but Amazon is the master). So it may make sense for them to continue to build Amazon-centric devices for a while.

However, it is expensive to develop devices and they are competing in fierce markets with tablets and smartphones. For a while, it was a good idea to create devices as loss-leaders to hook customers, but I think the scene is shifting.

The significance of the Fire Phone debacle is that it may mark the end of the build-a-device strategy.

Except they also build tablets, readers, and a TV box…

The significance of the Fire Phone will only be apparent when its clear that Bezos will improve it into relevance (like the ereader) or dump it as a failed attempt.

Until then prognosticators are simply "Making S*** Up," to coin a phrase. 🙂

The article is strangely focused on the assumed long-term advantages of the iPad. What’s really strange is that the numbers don’t back him up. The iPad is now showing reduced sales for the first time since it was introduced. Android tablets are increasingly dominating the marketplace and some are handily beating the iPad in both functionality and price. He just seems really out of touch with what’s actually happening in the tablet market.

We don’t have a Fire TV box, but we did get the Fire Stick thing, and it arrived right before I left for Seattle for a week and a half. It is tiny, so we brought it with us, and we used it during the entire trip. Very convenient. We’ve traveled with the Apple TV before, with mixed success. Over time, more rental home/hotel TVs have spots that let you hook it up. But the stick is smaller, which is really nice, and we have Prime, so that gets us a lot of video choices for the kids.

We’re a mixed universe household (altho I did unload the Surface on a friend for Christmas because we just never used it) with Apple laptops, iOS phones and tablets, Kindle ereaders and Kindle Fires. I don’t understand people who think we should simplify the world down to Just One Thing.

I still believe the point of the devices is ultimately to sell Prime. Once you are a Prime member enjoying the benefits, you are a solid Amazon customer. The devices make it easy to access Amazon’s content and Prime goes hand in hand with providing that content. And once you have Prime for digital content, you are more likely to use the shipping benefits to shop at Amazon.

Not the Kindle, but the others, yes.

There is no Android device which can do Prime as well as the Fire tablets. The iPad is pretty good but it’s also a lot more expensive.

I think the Fire phone is Amazon ' only failure. I do have Mac, and a iPad. A iPad 3 to be exact so I haven’t upgraded my iPad in a long time.

With Amazon, I have Fire tv, Fire stick, couple kindles, Kindle hex and no one mentioned Amazon Echo, got it and love it. As a name brand snob, I’m impressed with Amazon ' efforts this far.

The fire phone failed for a lot of reasons. Price, tied to AT&T, small screen when Phablets are all the rage and seriously fierce competition. It had nothing that could pull you from the upcoming ( at the time) Nexus 6, iPhone 6+, or Galaxy Note 4. As a new comer to phones, it needed more then a gimmicky camera. It added nothing to the Amazon experience that you couldn’t get from a Fire Tablet.

Maybe Amazon has a plan I’m not seeing, but I don’t even see where a phone benefits them. They must really want you to snap label pics and spy other stores prices for them. Those were really my only thoughts about their phone, and if that is its purpose, it needs to be a budget, unlocked 99 dollar phone and it will sell like hot cakes.