Amazon just under cut the iCloud 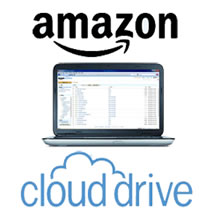 About an hour ago Amazon bettered their Cloud Drive storage service.  The free 5GB is still free, but now when you get the next level up (20GB), you can also store unlimited MP3 and AAC audio files for only $20 a year. The offer says that it’s for a  limited time, but I suspect the limit is however long it takes for Amazon to beat Apple.

Amazon also announced the release of an iOS compatible cloud player (it works in Safari). But while researching this post I learned that Safari supported the Cloud Player as far back May. Today was merely official confirmation.

Given that the iCloud costs $25 a year, I’d say that this is pretty clearly a shot across Apple’s bow. But it’s actually better than that. Amazon now have a MP3 player on iOS, and that’s something that Apple would never allow. Amazon thumbed their noses at Apple today.

I’ve just tried the cloud player on my iPad, and it’s actually pretty usable. It’s streaming only, though. But it will also play in the background after I close Safari. But the great news here (for me, at least) is that I have the unlimited music storage even though I didn’t pay for the service. I got in with the "buy an album" offer. I bought  $.99 album from Amazon and got the 1 year service free.

>>>The offer says that it’s for a limited time, but I suspect the limit is however long it takes for Amazon to beat Apple.