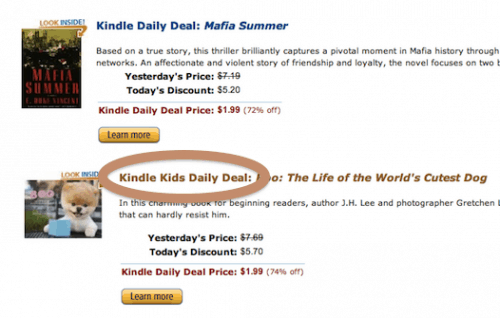 I’m not one to track all of Amazon’s deals, so a recent change to the Kindle deals slipped by me this week.  A friend has pointed me to the fact that Amazon is now offering a Kids Daily Deal.

Today’s deal is for an ebook about the world’s freakiest looking dog. Like Amazon’s other daily deals on Kindle ebooks, it’s priced at $2 for today, saving you about $5.70. It seems to be the 4th such deal with the first having popped up Sunday, with little fanfare, and there’s no sign that Amazon had any deals before that date.

eBookFriendly points out that Amazon is in the middle of a promotion for  14 Days of Kindle Book Deals for Kids and Teens, and that this list is likely an out growth of that sale.  But those aren’t daily deal type of sales; they appear to run the full 2 weeks. So it would be my guess that Amazon is planning to make this a regular feature of the Kindle Store.

It’s a smart move; B&N has been offering a similar daily deal for a few months now, and they even offer a daily email newsletter to inform you of each deal. That makes it very likely that this will be a regular feature. 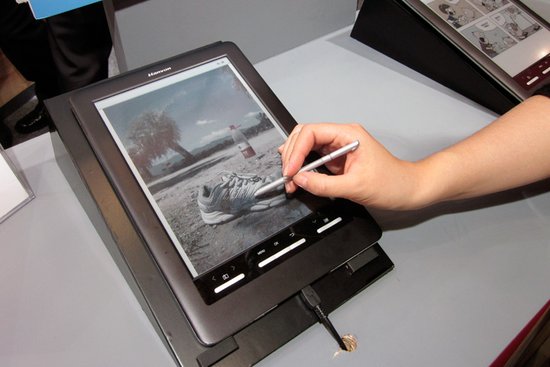 Is there any statistics on how much access young teenagers and children have to ebook readers?

No idea, but it’s probably higher than the access they might have to a tablet. Look at how many kids apps there are for the iPad.