This blogger couldn’t score an invite to the launch event du jour, so he is glued to his computer like everyone else.

Here’s a detail to keep you entertained while we wait through  the early bits of the presentation: Amazon’s smartphone, which only showed up on the FCC website this morning, carries the model number SD4930UR. It’s appeared on a few websites over the past few weeks, including one that tested its html5 support, but few usable details have been revealed.

It’s called the Fire Phone (product page). Like the rumors said, it has a 4.7″ screen (with Gorilla Glass on both the front and the back). It’s running on a quad-core 2.2GHz SnapDragon CPU with  2GB RAM, a 13MP rear-facing camera (with five element lens and optical image stabilization) and dual speakers – a silly feature to talk up  given the size of the device (and that a lot of smartphones have it already).

The Fire phone is going to be tied into Amazon services, including free cloud storage for photos taken from the phone, Amazon Instant Video, Kindle, Second Screen and X-Ray for Movies, and other features found on the Kindle Fire tablets.

And in case anyone is wondering, we can see the 4 cameras in the slideshow images of the Fire Phone (from Cnet). 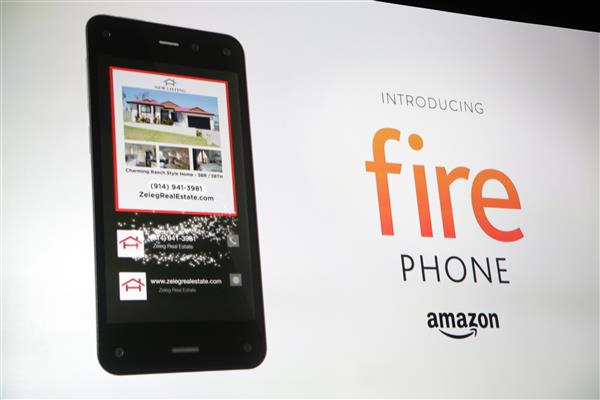 The phone also features Firefly, Amazon’s next step in mobile shopping. This app combines the abilities of Amazon’s existing mobile shopping app with that of the Amazon Dash, their handheld bar code scanner. You can take a picture of a bar code or you can simply photograph the object and  the app should recognize it.

It also does character recognition (and audio), so you can use it to scan business cards, phone numbers, etc. Firefly recognizes a hundred million different items in real-world situations, Bezos said.

And now, the 3d. Amazon calls it dynamic perspective, and yes it does use the 4 IR cameras to track the user and adjust the screen contents to create a faux 3d: 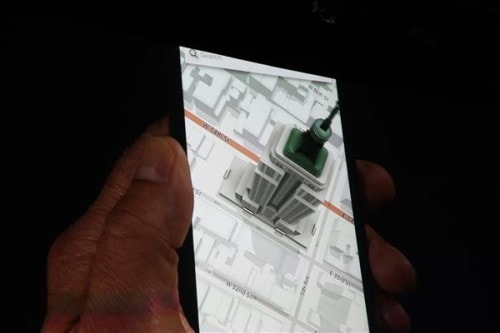 It sounds awesome (I called it), but we’re going to have to wait for Amazon to post the presentation video later today before we see it for ourselves.

There’s also an infinite scroll feature which uses tilting the phone as a control (Samsung did it first).

According to Amazon, the dynamic perspective requires 4 cameras because the minimum requirement is two, and by using 4 cameras the system is, redundant, robust, and offers a larger field of view (bother wider and taller).

Like the rumors suggested, the Fire Phone is launching with 3rd-party (including Zillow, Sirvo, Backflip Studios, and more) app support for the 3d dynamic perspective feature. Amazon is also launching an SDK for this feature.

The Fire Phone comes with a year of Amazon Prime. That’s not a bad deal. 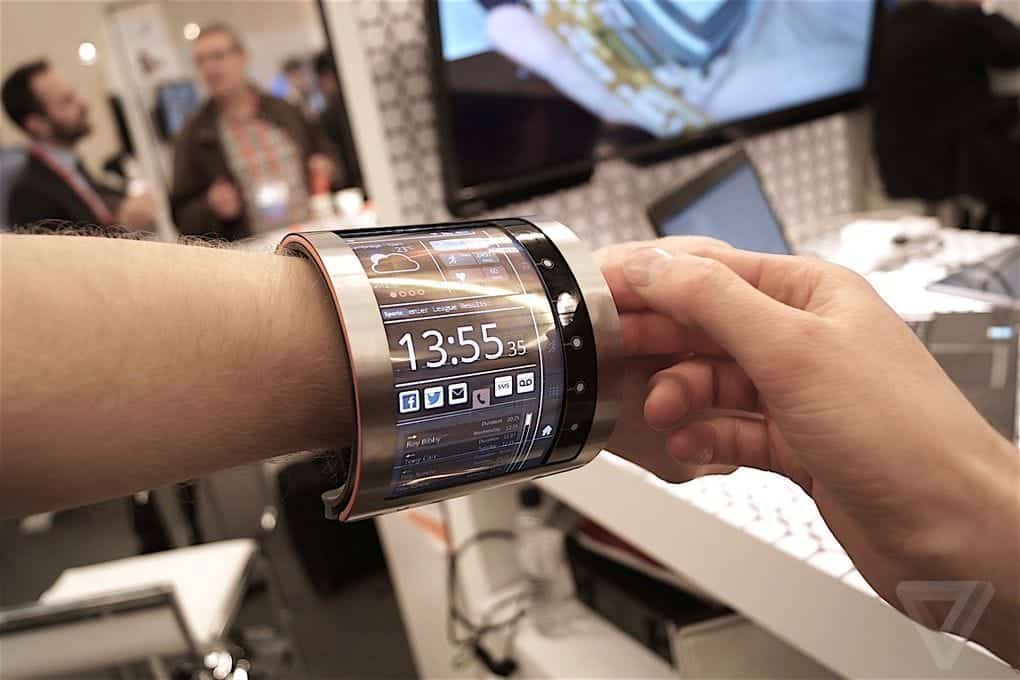 First User Reports of the Kyobo eReader Are In – Not Good

I’m still waiting, but I think this will be the product page when it goes live later today:
http://www.amazon.com/dp/B00EOE0WKQ/?tag=thedigrea-20

$200 on-contract (AT&T exclusive). Probably in the $600-700 range unlocked given the way AT&T structures their subsidies.

The Amazon Fire phone is an impressive bit of kit and looks well made (although I wonder about how effective those IR cameras would be in the heat), but I don’t think its going to be the success Amazon hopes it will be for three reasons:
1. Its not cheap. $200 for 32 Gb phone on a 2-year ATT contract, which means its about $600-650 unlocked (at least until they start discounting it heavily).
2. It looks cluttered. It suffers the same problem the new Samsung S5 has, too many apps out of the box. With a screen that size your eyes glaze over it.
3. Privacy. I’m not sure people would like a phone that can track every movement they make. There’s been no discussion about privacy in any of the web cast.
In fact the biggest market for them might be historians and students because it has fantastic OCR capabilities (although I think its pushing a lot of this out to amazon’s servers).

Real stores are probably going to be very unhappy that its even easier to do what lots of people did when borders was around, walk into the store, browse, then go to amazon on their phone and buy the product there.

That is one cool feature. It’s definitely going to annoy shop owners.

They’re going to have to start frisking shoppers at the door.

then… only in USA?

But just for now; it looks like Amazon is already planning to launch in the UK. They only just today grabbed this domain:
firephone.co.uk

That used to be a phone comparison site, but as of today it belongs to Amazon.

[…] the Fire Phone debuted close to three months ago, it was available exclusively from AT&T and cost $199 with a two year contract. Today Amazon […]

As Amazon Launches Their 4th Content/Hardware Bundle, How Much Success Do You Think They'll Have? – The Digital Reader November 25, 2014 um 7:24 pm

[…] knocked the price down on the Fire Phone today. Originally launched in June with a $649 price tag, Amazon dropped the price by a couple hundred dollars in September (2 months […]

Amazon Finally Launches the Fire Phone We Always Expected, Only it's Not Called That | The Digital Reader July 11, 2016 um 12:34 pm

[…] never happened. Instead we got a $600 Fire Phone which was tied to AT&T, had more cameras than anyone really wanted, and didn't really offer any […]

[…] first and last attempt at a smartphone launched in 2014, and was such a resounding failure that the retailer's second and third smartphones carried […]