Amazon May Have "a Serious eBook Theft Problem", But They’re Not Alone 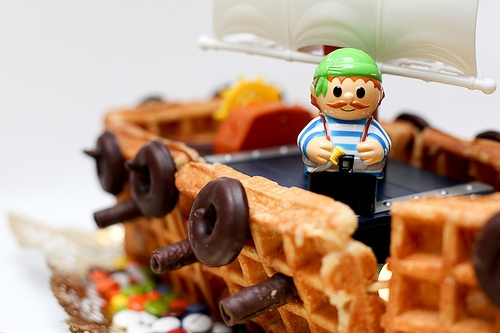 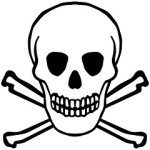 Geek.com reported yesterday that Amazon has the same piracy problem as many content services:

It would appear as though Amazon has a problem with author accounts being used to steal books and resell them under another name, as Kindle Direct Publishing users discover a single author with 37 titles under their belt. The one thing they all seem to have in common is that the author labeled as the creator of the ebook had absolutely nothing to do with its creation.

There doesn’t seem to be any pattern to the books that have been published under the name Jay Cute, with titles ranging from the obscure that are available for free on Amazon to the first in Cassandra Clare’s The Mortal Instruments series. The prices range the spectrum that Amazon allows for Kindle Direct Publishing accounts, and in some cases the publisher hasn’t even bothered to change the cover of the book when publishing under this new name. The books that do have different cover art seem to have either a random image or a cover from another book entirely.

Geek.com faulted Amazon for not having an automated system in place to deal with this, which isn’t entirely correct. Amazon has a detection system which scans uploaded ebooks. They use it to discourage users from uploading public domain works and content scraped from websites, but they haven’t used it to filter out pirated ebooks.

I for one am glad Amazon doesn’t have an automated system to fight piracy; I don’t think they work very well.

As we all know, Youtube’s ContentID system has caught any number of pirates while also punishing innocents. The latter have often lost access to their account and had little recourse. What’s more, when Scribd brought their monitoring service online earlier this year, they too made the mistake of yanking content without checking.

Speaking of automated systems, Kim Dotcom was banned from his own cloud storage service last month, according to TorrentFreak:

After several false takedown notices from the major record labels Mega has now terminated the cloud hosting account of its founder Kim Dotcom. …

Dotcom has been using Mega to share his first music album “Good Times” with everyone who wants to give it a spin. While he holds all the rights, several prominent music labels kept informing Mega that the album was “infringing.”

A few weeks ago we learned that the takedown requests were all inaccurate, andtriggered by a prankster. However, that apparently didn’t stop them from coming in and as a result Dotcom has now had his Mega account terminated for repeatedly violating the terms of service.

Tell me, would you really want an automated system like that to hold sway in the Kindle Store?

I would not; there are too many authors who rely on it for their livelihood.

BitTorrent Opens Its Bundle Retail Platform to All

Cherrypal’s Max Seybold is so bad…

"The one thing they all seem to have in common is that the author labeled as the creator of the ebook had absolutely nothing to do with its creation. "

I thought this was going to be about James Patterson…

Of course there should be an automated system.
An ideal system would *flag* a book and then a live, qualified person would assess the validity of the flag, and only then Amazon would take an action. There is no need to hurry – they do not pay authors in real time, so even if the thief manages to sell a few books he is not going to get the money.

Yes, but how would Amazon assess it? With the better pirates it could be hard to tell which copy is legit.

On a related note, Amazon has no legal obligation to be proactive, so there’s no risk in doing noting. It’s only when they make a decision that they could screw up, and in that position I can understand why they didn’t do anything.

So what’s the answer then? Although I can understand Amazon doing nothing, that doesn’t mean I think it’s right. Authors and publishers have a legal right to exclusive publishing (until in enters the public domain) and as an intermediary between author/publisher and consumer, I think Amazon ought to be doing more than nothing to ensure the integrity of the transaction. I agree that an overly harsh automated system would be bad, but what else is the answer? I’m just not happy with a throw up your arms and say, "oh well, this solution is too hard to implement properly, so just forget it and let piracy happen."

I agree that a flagging system and then real life investigation would be best, although probably time-consuming and costly. How would they assess it? I’d have to know more about the KDP program, but it seems like there should be some way to contact the author/publisher to find out which versions are legit.

What I do know is that if I spent the time writing and publishing a book that people thought was worth buying and someone else was benefiting from my hard work (and stealing my hard-earned money in the process), I’d be more than a little upset. And anyone who was ambivalent towards that illegal action (i.e., Amazon refusing to treat it as the serious crime that it is) would earn a spot on my "list" right below the person actually doing the stealing.

[…] we've seen in the past, those automated scanners are not without problems, but when paired with human oversight the scanners would be a far better option than Google's […]