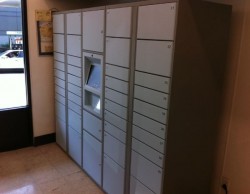 There’s an interesting  story going aroundthat Amazon might be testing a new distributed delivery center concept. Have you ever ordered something from Amazon and then missed the delivery because you were at work? That’s where these new centers would come in.

The idea goes something like this. Amazon would rent space at convenience stores and install a computer controlled secure storage system. Anytime you think you’re going to miss a shipment, you will have the chance to redirect it to one of these centers. Picking up your package work something like the RedBox DVD centers that you see everywhere. You’d go up and enter a code (probably your UPS tracking code) and the correct door would pop open.

This new system is undergoing testing at a 7-Eleven store in Seattle’s Capitol Hill neighborhood. I did some digging of my own and it looks like Amazon are at least considered doing this, but I don’t know that they followed through on it.

Second Update: Real live pictures of the new setup have turned up online.  You’re looking at a set of cabinets that are installed next to the entrance of a 7-Eleven on East Madison Street in Seattle.  The new system is due to start a beta test on Friday. There’s just the one installation in the single store, though, and we don’t know when it will be rolled out nationwide.

Update: According to a reader, Amazon used this as a name for a different service. Whoops.

A system like this could take a year or more to get up and running, so it probably really is being tested right now. I don’t think it would be cost effective, but it would be interesting to see.

—
Do you want more ebook news? Subscribe to the RSS feed or the daily email newsletter.

Mobipocket missing payments to pubs, forums clogged with spam – Are they dead? 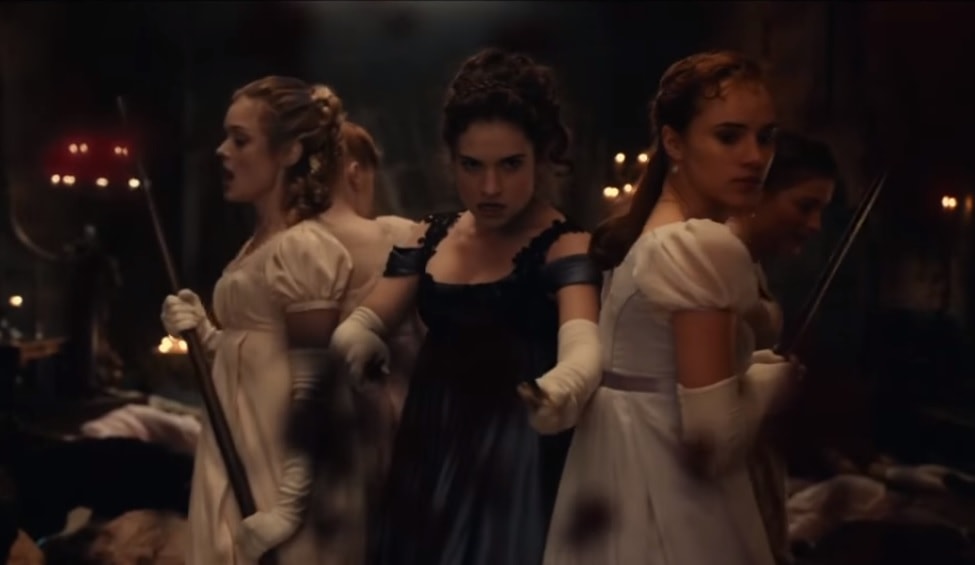 Pride and Prejudice and Zombies Slays With New Trailer (video)

Every time I have a package delivered to my house they leave at the front door so I am not sure how much use this would actually get. Not to mention that FedEx and UPS already have systems in place to get a package redelivered or picked up at one of their distribution warehouses.

AmazonTote was used for something else Amazon was experimenting with: free delivery on certain items scheduled twice weekly. So you could order things, add them to your next AmazonTote, and they would get delivered in a reusable tote bag on your next AmazonTote day. I played with it a little, but it really wasn’t useful to me. I’m already a Prime member and I get groceries through AmazonFresh, which also allows me to add certain Amazon items to be delivered along with my groceries, so AmazonTote was almost never a better option for me.

I haven’t noticed AmazonTote appear as an option for me in a while, so I assume they ended that experiment, but that’s what the trademark was used for.

Thanks! I’d never heard of that other program before.

It was done as part of AmazonFresh, the grocery delivery service Amazon is running in the Seattle area. I guess they were experimenting with leveraging that delivery service to expand to people who weren’t getting groceries or on Prime and were willing to get scheduled twice-weekly deliveries. According to the website, tote.amazon.com, they ended the pilot in March.

Ah, I even found an AmazonTote bag in my laundry room! I thought I still had one lying around…

I wonder if this service would be looked at as Amazon having a "taxable presence" in the states where the pick-up locations are. It would kind of be like a brick and mortar warehouse/distribution center.

It most certainly would! Amazon Fresh, as well, isn’t practical without local brick-and-mortar. That’s why they are limited to the Seattle area.

There’s a similar in concept service offered by one of Polish companies – see – on of the most important differences is that there’re many online shops that allow you to select this delivery method and the system owner is a company like UPS.

Forgot to mention that it’s started almost two years ago and is quite popular (especially if you cannot pick your shipment at workplace, which is also popular).

It does look like a very good idea. If it ever comes to the UK I can imagine using it a lot.

although i live in a suburban type area, i wouldn’t want my package left on the front porch. and when i lived in manhattan, it wasn’t an option so i think this is basically a ship-to-store option for a company that has no brick-and-mortar stores. they didn’t build it and aren’t responsible for the overhead. GENIUS!

i’m just wondering why the choice was 7-11 and not wal-mart. i currently live in south carolina and there aren’t any 7-11s in the vicinity but wal-marts a-plenty. 🙁

Perhaps because Walmart is a competitor.

I have a commercial mail center in my town that use for this sort of thing. But an interesting idea.