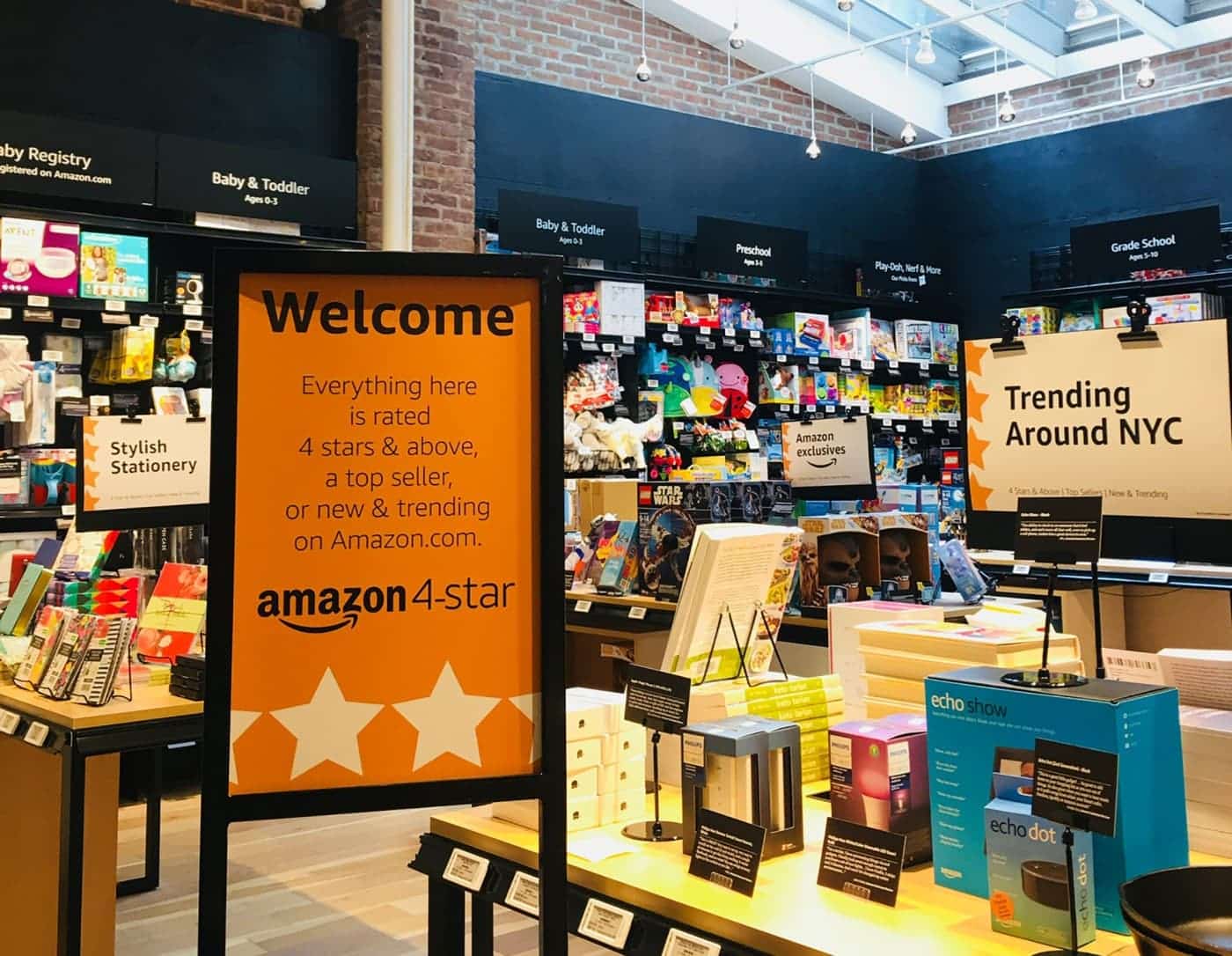 For the past several months we have known that Amazon was opening two retail locations in the Denver area. Amazon had previously said they would both be Amazon Books locations (I saw it on the website) but now that one is opening this week, we have learned that one of the stores is no longer a bookstore.

Amazon opened the first “Amazon 4-star” store in NYC in late September, and BusinessDen says the second will be in Denver.

This week, however, Amazon said the Park Meadows store will be the company’s second “Amazon 4-star” store.

Rather than focusing on books, the store is stocked with a variety of products, all of which are rated at least four stars on Amazon.com. (The website uses a five-star rating system, with five stars the top rating.)

The Park Meadows store features stations like “Most-Wished-For,” consisting of products that most often are added to Amazon wish lists, and “Trending Around Denver,” with goods that are particularly popular locally, according to the company.

The products are identified with cards that include quotes from customer reviews.

The other Amazon store in Denver will be an Amazon Books, or so the construction permits suggest. This too might change.

I keep meaning to visit their NYC store. I keep forgetting. My subconscious must know what’s best for me.

Sounds like good Shi! A scary concept store that I admit I would visit in a heartbeat if located nearby.

Third one is slated for Berkeley.

I wonder if this signals a lessening of interest in Amazon Bookstores by upper management.

The 4-Stars are bookstores.
They 're just bigger and stock other merchandise. Think of them as "lifestyle" dept stores, out to out-Indigo Indigo before they get a toehold.
Payback is a she-wolf.

well, the 4-star stores could easily generate more revenue per square foot just from sales, and they could also be integrated as last-mile hubs for popular tiems

so yes, I can see the value.