Amazon has always paid KDP authors and Amazon affiliates on a monthly basis, and pretty soon Amazon Publishing will extend the benefits of timely payments to their authors as well.

Amazon Publishing sent out a letter yesterday to authors (and their agents) who had signed with AP’s various imprints. In this letter (which you can find at the end of the post) Amazon promises to pay royalties on a monthly basis, with payments to be made no later than 60 days after the end of a month.

These are the same terms under which I receive my Amazon affiliate payments, and they are far better than the payment terms offered by pretty much any of the major publishers. Some of those publishers pull all sorts of shenanigans to avoid paying the full royalties that are due, so I’m sure they’re going to grind their teeth at this news.

And yes, today’s news is targeted as much at the publishing industry than authors. Amazon Publishing was launched with the goal of disrupting the publishing industry (while making money, of course). Amazon has been cherry-picking the more profitable authors as well as offering a traditional deal to a select group of new and established authors.

The thing about Amazon is that they have deeper pockets than legacy publishers and they’re not encumbered by the detritus that builds up in any company as it ages. That makes them more nimble and in at least some cases a better option than the legacy industry.

And today’s news that Amazon will be making prompt payments is going to make Amazon look even better when compared to legacy publishers.

Here is the letter:

The team at Amazon Publishing has been working to continually improve our business, with the goal of turning efficiencies into higher author royalties, faster payments and even more support for the books we publish.  Building a new business can take time and patience, and the feedback and encouragement we’ve received along the way from you has been invaluable in making us better.

We recognize this may create a little extra paperwork in some cases, but we feel this change is in the best interests of authors — we hope you’ll agree.  As with any such change in our business, our tireless Author Relations team is standing by to answer any questions you may have on this topic.

In other news, 2013 is off to a strong start.  Based on sales in February, Amazon Publishing now ranks as the 5th largest publisher on the US Kindle platform (excluding free downloads but including KOLL loans, for which we pay authors).  The latest book to reach the 100,000 copy threshold is 47North’s THE MONGOLIAD: BOOK ONE, the first installment in the epic Foreworld saga, written by Neal Stephenson, Greg Bear, Erik Bear, Joseph Brassey, Mark Teppo, Nicole Galland and Cooper Moo, which surpassed 100,000 copies in February.  Similarly, CRAZY LITTLE THING by Montlake author Tracy Brogan continues up the Kindle charts, also surpassing 100,000 copies in the last week of February.  Another Montlake bestseller, NOT QUITE DATING by Catherine Bybee exceeded the 100,000 copy milestone just last week as well.  Also of note is Christina McKenna’s “wittily and winningly-detailed” debut novel THE MISREMEMBERED MAN, which we acquired from Toby Press and re-published under AmazonEncore in 2010, re-entered the Kindle Top 10 in February on the strength of our backlist promotion, and is now on the verge of the 100,000 copy mark as a result.

Our AmazonCrossing imprint has also been on a roll lately. In January, THE BEGGAR KING by Oliver Pötzsch, the third installment in the bestselling Hangman’s Daughter series, debuted in the Kindle Top 10 to outstanding reviews, and just today surpassed 100,000 copies.  Translated from German by Lee Chadeayne, the Hangman’s Daughter series has been a breakout success, with over 800,000 copies sold to date (and occupying the top 4 slots in the US Kindle store, as of this writing).  In February, we launched the latest in our series of translations from Icelandic with REPLY TO A LETTER FROM  HELGA by Bergsveinn Birgisson, which garnered immediate praise as “a stunning work of art — resonant, earthy, heartbreaking”.  Meanwhile, in the other direction, our translations from English into German continue to surpass our expectations as well.  ABDUCTED by T.R. Ragan, itself a Kindle bestseller in the US and UK, was translated into German by AmazonCrossing as IM NETZ DES SPINNENMANNS in November, where it quickly reached #1 in our German Kindle store (combined English and German copies have already surpassed 100,000).  In all, for the month of February, six AmazonCrossing titles reached the Kindle Top 10 in Germany.

Meanwhile, Kindle Serials also continues to outperform our expectations.  Since the release of the first episode in its serialization, OPTION TO KILL by Andrew Peterson has sold over 70,000 copies and is now available as a complete book in both Kindle and trade paperback. And we are excited to see PINES, Blake Crouch’s Kindle bestseller, which has been called a “genre-bending, completely riveting thrill ride” of a novel, going into development at Fox and FX, with the pilot to be directed by M. Night Shamalyan.

We’re pleased with this strong growth overall, and in particular the results of our US and German translation publishing businesses, as well as Kindle Serials.  And yet we are also quite aware of the many improvements and inventions that lie ahead —as always your feedback is welcome and appreciated.  If you have any suggestions or questions about the new royalties process, or anything else about Amazon Publishing, please feel free to reach out to me directly.  –Jeff

Lee Child on Amazon: a Fisking 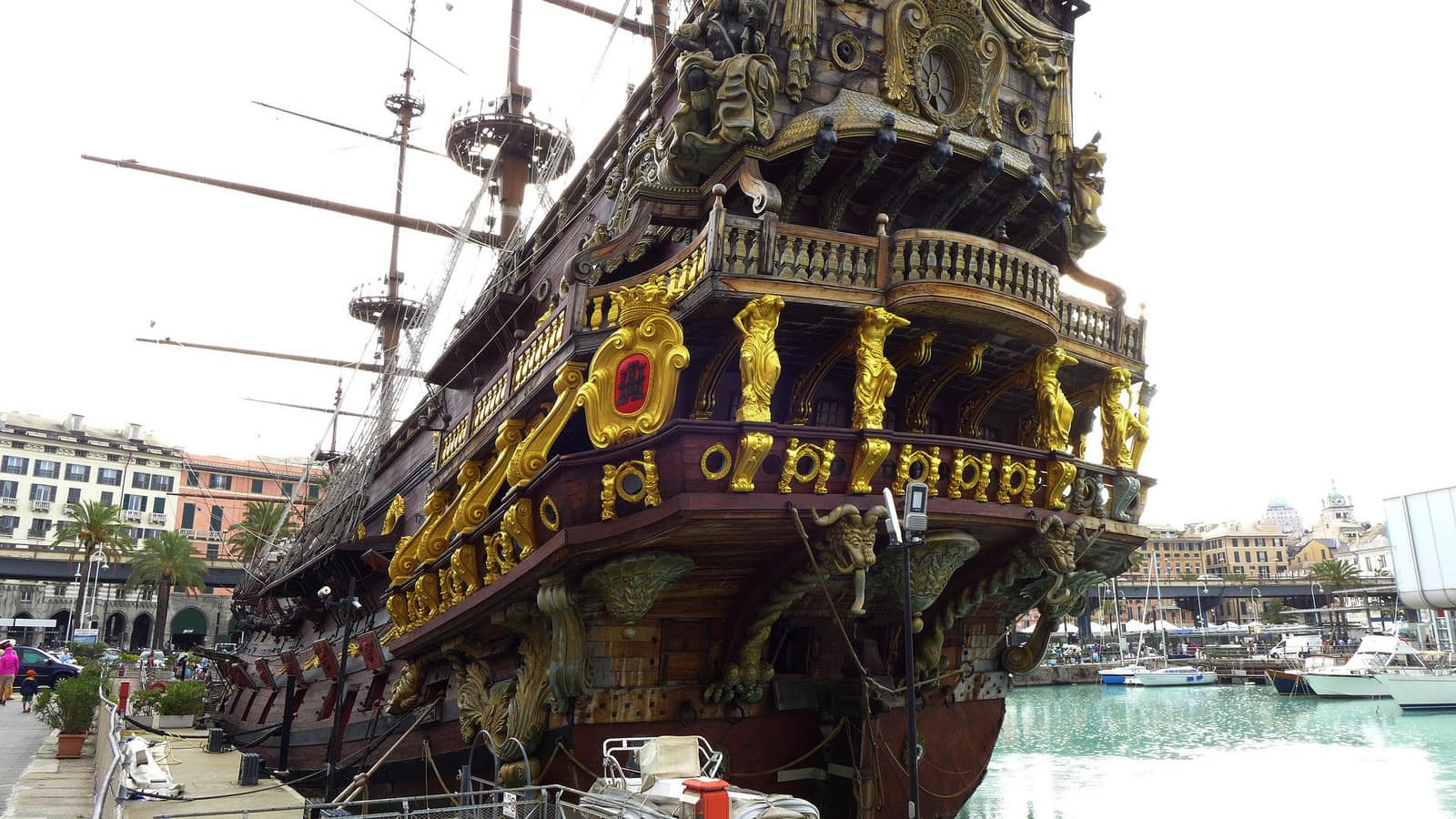 By most reports, Amazon has an accounting dept that is competent and doesn’t specialize in obfuscation. Since they already pay KDP’ers monthly it won’t take much effort to use the same process for their trad-pub operations. Embarrassing the BPHs is probably just a side-effect.

(Snicker.) I love it. Considering that traditional publishers fight tooth and nail to hold onto the cash, experienced authors will flock to Amazon. It will make a huge difference to them.

Re holding onto the cash. With traditional publishers, once authors get their advance, that’s usually all that they get, at least for a couple of years. Publishers hold onto the cash as "a reserve against returns".

Moreover, trying to read a publisher’s royalty statements is an exercise in futility. It says nothing, on several sheets. That’s why authors sue publishers; they have no idea how much their books make.

As fjtorres points out, it’s Amazon’s automation that lets them do this more than anything else. As a customer for many years, and a publisher with them for a little over a year, I’ve seen very few issues with the way they have things automated. Kindle sales show up within a few hours, and the 6-week history is available at exactly midnight every saturday night. We distribute through most of the other ebook retailers, and very few have as thorough and easily accessible information. All the distributors have electronic reports that make it easy for publishers to automate royalty payments to authors, but Amazon does a particularly good job of making them easy to get and reconcile.

Amazon Reports That Operation "Retreat to Seattle" Was a Roaring Success – The Digital Reader December 16, 2013 um 10:39 am

[…] P.S. And if nothing else, let me remind you that Amazon’s publishing efforts are intended to disrupt the publishing industry simply by existing. Exhibit A: Amazon’s decision to pay royalties monthly. […]

[…] Amazon announced a similar change to their publishing division’s payment processing back in March 2013. That was when Amazon Publishing announced that they would be sending royalty checks monthly […]

[…] Amazon announced a similar change to their publishing division’s payment processing back in March 2013. That was when Amazon Publishing announced that they would be sending royalty checks monthly […]