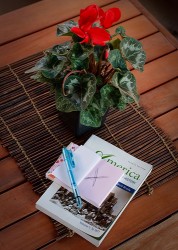 The NY Times published a couple stories this weekend on ebooks and digital publishing, and one of them is a tad stale.

I am referring to the article on Amazon removing reviews. (The article on the nonexistent ebook price war is good, and not just because I am quoted in it.) According to the NY Times:

After several well-publicized cases involving writers buying or manipulating their reviews, Amazon is cracking down. Writers say thousands of reviews have been deleted from the shopping site in recent months.

Amazon has not said how many reviews it has killed, nor has it offered any public explanation. So its sweeping but hazy purge has generated an uproar about what it means to review in an era when everyone is an author and everyone is a reviewer.

Amazon’s policy of removing questionable reviews probably came as a result of the negative publicity from August of this year. You may recall the flurry of blog posts about the paid reviews which some authors and publishers used to boost their ranking.

You’ve probably seen any number of blogs posts which have picked up today’s story. That’s fine for them, but since I know the story was more than adequately covered a couple months back I don’t feel the need to cover it again. Instead I’ll just link to the older coverage.  That has more value that writing one more generic blog post, I think.

This is pretty drastic, and cynics may say it’s just a ploy to drive more publishers to sign up for Kindle Vine. I really don’t think the problem with book publishing today is a glut of pseudo-reviews on amazon. btw, I wrote a piece a few years ago, Literary Disclaimers 101 about how to handle these conflicts of interest. Of course, if Amazon wants to suppress ANY conflicts of interest, that is not healthy.

I used to give serious consideration to books which received stellar ratings on Amazon & shun those marked with 1*, but gave that up some time ago. They may claim that the ratings & "reviews" have been cleaned up, but take a look at any book on a controversial topic or by some of the high profile authors. Cases in point would be the 50 Shades series by James or the "Killing… " books by O’Reilly – imho both are heavily laden at both the top & bottom end of the rating spectrum with agenda driven reviews.

Those who wish to sell you things have awoken to the power of "user reviews". Big money is involved. So we are now seeing multiple forms of deceit. The day when you could judge a book or other item based on unbiased reviews by fair-minded customers is long past.

Look at IMDB, the Movie Database, for one example. When a new movie is released it is generally showered with glowing reviews. My guess is that all the hundreds and thousands of people who have a stake in it’s success rush to post a positive review. Wait a month and look at the most recent reviews by actual viewers who purchased tickets with their own money and you will generally get the real picture.

[…] has been fighting fake reviews since at least 2012. They have deleted scads of reviews, banned paid reviews, filed suit against several batches of […]