Amazon to Open Kindle Store in Chile Within 18 Months 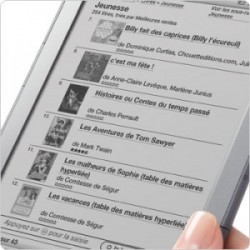 The Chilean newspaper La Tercera reported a juicy scoop last week. According to the paper, Amazon will be launching a local Kindle Store in Chile sometime in the next 18 months. The paper goes on to cite Pedro Huerta, one of Amazons’s  Directors of Kindle Content, as confirming the news.

To be honest, this bit of news was little more than a footnote in the article, but I believe that it will happen. It would be almost impossible not to happen. 18 months is an awfully long window of opportunity, and besides, Amazon already added support for Spanish to the new Kindle; they’re clearly planning ahead.

That might seem like an awful lot of Kindle Stores opening in a short amount of time, but I think the pace of expansion will only increase. Also, Amazon is clearly working towards opening these Kindle Stores;  they have a content director for Latin America and South America.

[…] Stores, and I can even point you at people working to sign publishers for the Brazilian and other South American Kindle Stores. But I cannot find anyone doing anything similar for a Polish Kindle Store.I also have not heard […]

[…] gives us a hint about Amazon’s future plans. A few months back I predicted that Amazon will launch a bunch of local Kindle Stores in Latin America in the near future. I would say that today’s news shows that Amazon is clearly working in that direction.On a […]