has been relatively quiet ever since they were acquired by Amazon in May 2013, but they’re back in the news again this week with a new range of job listings.

It seems Liquavista, which had previously expected to start producing screens in 2013, is turning its focus back to R&D. They have a slew of job listings on their website, including a bunch which mention R&D in the title or suggest it in the description:

Curiously enough, they also have job opening which suggest an interest in production:

Paul Durrant was the first to catch the news over at MobileRead, and he thinks this is a sign that the Liquavista screens are about to go into production. I’m not so sure.  This firm has been a perennial candidate for the title of "next year’s best new screen tech" for the past 4 years running, so you would think they have all the required staff by now.

Update: An industry contact has pointed out that most of these jobs are located in Eindhoven, where Liquavista has their development facility, and not Asia, where the screens would be produced. That again suggests that these jobs are focused on R&D and not production.

But I could be wrong. Liquavista last crossed my desk in November 2013, when a reader tipped me to their new website. (They’re now publicly branded as an Amazon company.) This surge of hiring could be a sign of Amazon’s intention to get a Liquavista screen on the Kindle as soon as they can. 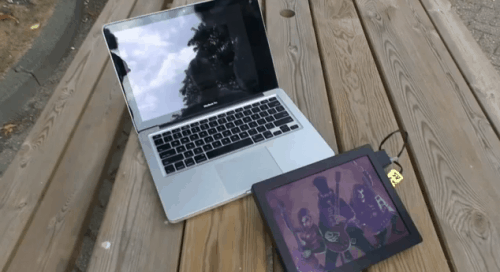 Liquavista has been working on a new type of screen tech for a decade now, first as a project at Philips and then as a startup after it was spun off in 2006.  They’ve come up with a way to use existing LCD screen manufacturing facilities to produce a low-power, sunlight visible screen which functions based on electrowetting properties.

Unfortunately, after a decade of work Liquavista still hasn’t managed to bring a product to market. All we’ve ever seen were some cool looking demos.

The promise of the new screen tech was why Samsung bought the firm in early 2011, and the lack of any production units could be why they sold Liquavista to Amazon in May 2013.

So why did Amazon want the company? The obvious answer is color Kindles, but the less obvious answer is that, like most tech companies, Amazon operates under what I call the fusion principle. If you squeeze enough tech into one place, the resulting implosion results in a marketable product.

In this case, it need not be a screen on a tablet or ebook reader. Amazon’s a huge company, and they do far more than make gadgets. Perhaps they wanted Liquavista in order to use the screen tech in a different market.

I said that I didn’t think they’d be in production for a 2014 eReader, but that I did expect them to show up by the end of 2015. I might be being optimistic, but even so within 20 months isn’t really 'imminent'!

I am looking forward to the first eReader with a Liquavista screen. The first Mirasol eRaeder was a bit of a disappointment. I’m hoping for better things from Liquavista.

Yeah, I need to remove that word. It’s no what you said.

Well, whatever state the tech was in when Amazon bought Liquavista, they clearly saw enough to get them to invest more.
It may be the current production process looks good enough for a low volume product and they’re preparing for that while researching ways to improve the tech for higher volume products.

Hopefully… I dream whith a "Sony Mobius" but with color screen.
Imagine, 9-13″, color, sunlight visible, low-power… stylus: the notebook/ereader of the future.
I hope Amazon do something big with that technology … and do not keep us waiting.

[…] was around this time last year that Amazon went on a hiring binge at its screen tech sub Liquavista, Lab126 in Calif, and Lab126's new office in Boston, and now it seems that Amazon is […]

"An industry contact has pointed out that most of these jobs are located in Eindhoven, where Liquavista has their development facility, and not Asia, where the screens would be produced. That again suggests that these jobs are focused on R&D and not production."