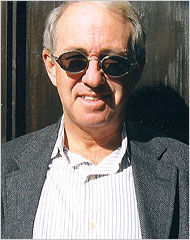 On Friday James Atlas, biographer, publisher, and founder of Atlas&Co, announced that he will soon edit a new line of short biographies for Amazon Publishing. His indie house is going to stop releasing new titles, but they plan to continue to support their backlist.

Mr. Atlas has not released a statement, but an NYTimes interview reports that the new imprint, Amazon Lives, will launch in June 2013 with 12 titles. Several have already been acquired.

The books are expected to be in the range of 25,000 to 40,000 words, which is quite short. In comparison, the average novel runs between 70,000 and 150,000 words. The ebooks will be distributed via Amazon, and HMH will distribute the print editions. There are also reports that the ebooks will be available outside the Kindle Store, but I will believe that when it happens.

This will be but the latest publishing imprint launched by Mr. Atlas.He’s launched several in the past, including Eminent Lives, a biography series (co-published with HarperCollins), Great Discoveries, a history series on scientific achievement (co-published with Norton), and Penguin Lives, a discontinued series of short but highly regarded biographies.

If these ebooks really are available outside the Kindle Store, it’s going to put the competition in a pretty pickle. Barnes & Noble, Books-a-Million, and Indigo Books & Music have for one reason or another declined to carry the print editions of books published by Amazon.

The general reason given is that they couldn’t also sell the ebooks. That won’t apply with Amazon Lives, so it will be interesting to see what excuses they come up with to not carry the books.

On a related note, wouldn’t it be funny if the print editions had "published by Amazon" in big letters of the cover?