Apen A5 Turns the iPad Into a Writing Slate 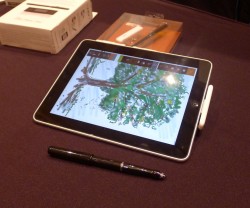 One problem with writing or drawing on the iPad is that the screen is too sensitive. Simply pointing out a highlight can add an extra doodle to a document, and the result of resting your hand on the screen is too frustrating too mention. E Fun, makers of the tablets I’ve reviewed from time to time, demoed a solution earlier this evening at Showstoppers.

The Apen A5 is their latest adaptation of a digital pen technology that was developed by a sister company, Pegasus. I reviewed an earlier project which integrated the digital pen with an Android tablet. It was a nice idea and it was a solid piece of technology, but that tablet didn’t do well on the market, so E-Fun decided to offer an accessory for the iPad that would provide similar abilities. Given how many millions of iPads have been sold, that wasn’t a bad idea. 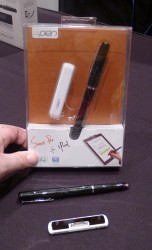 The A5 consists of a sensor unit that you need to plug into the iPad,  a pen for the sensor to track, and an app which you can download from iTunes. Once the app is running, the only thing it will notice is the tip of the pen as you draw or write on the iPad’s screen. The app includes a paint program with numerous options as well as straightforward writing.

The A5 will cost $99 when it ships later this year, and that might be a little much for most. But I was deeply impressed with the earlier Android based system. I can easily see the value of this accessory to even amateur artists. 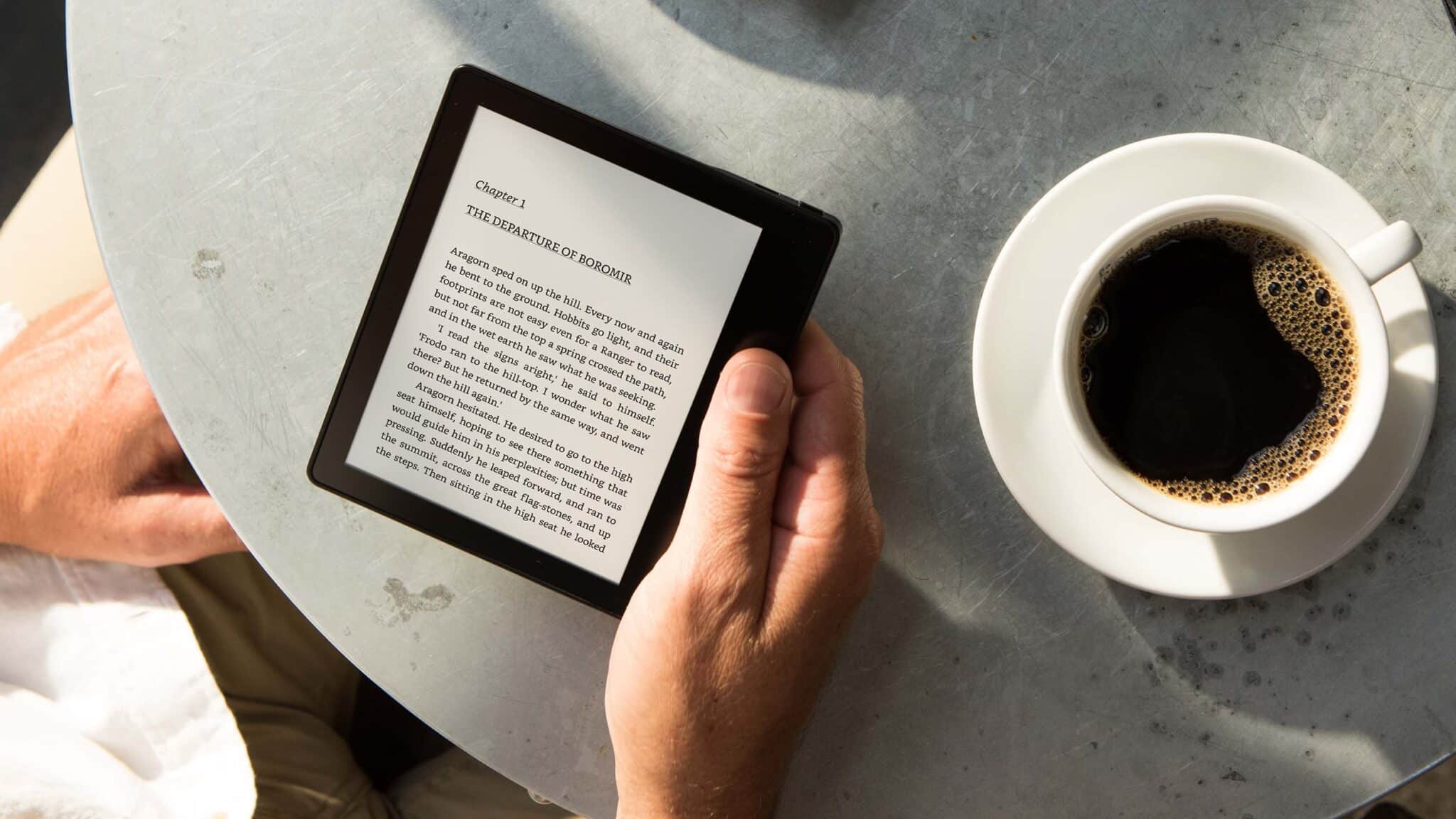 Guess who is Hachette’s Leading Source of Book Market Forecasts?