Apple Files Petition for a Stay in eBook Damages Trial

up another roadblock today in their ongoing fight over the antitrust lawsuit they lost last summer.

Having lost battles over the consumer lawsuit receiving class action certification and over the testimony of expert witnesses being thrown out, the electronics giant filed a new petition today a stay of all proceedings in the damages phase of the antitrust lawsuit.

Apple is arguing that the damages phase should be delayed because they fully expected to win the appeal they filed in the 9th Circuit. "Over the past nine months, this Court has entered a series of significant rulings in this litigation, all against Apple, and all involving highly contentious, controversial legal issues that Apple is likely to prevail on before the Second Circuit," Apple’s brief opens. "Indeed, should Apple prevail on either its appeal from the underlying merits or its forthcoming [appeal] from class certification, the entire landscape of this litigation will radically change, and the damages phase ordered by this Court will be mooted or require a retrial. Accordingly, the Court should exercise its discretion and stay these proceedings."

Apple has also asked that if the entire proceeding can’t be delayed, at least the class action notice should not be sent to consumers because it would lead to irrepairable harm to Apple should they win their appeal. "Here, the anticipated harm to Apple is particularly acute, given that plaintiffs seek to notify millions of current or prospective Apple customers that they may have been subjected to a price-fixing scheme that resulted in higher prices for e-books," the brief states. “Apple’s reputation would be damaged by this class notice in a way that cannot be repaired if Apple prevails on appeal."

On a related note, it’s worth noting that this petition has  many similarities to another appeal Apple filed in January. In that appeal Apple went over Judge Cote’s head and tried to get a 3 judge panel to  block the court-appointed antitrust monitor from performing his duties. In that appeal Apple claimed that the presence of the monitor would cause irreparable harm to Apple’s internal processes. That appeal went over like a lead balloon, and I expect that this petition will meet with equal success.

Given that Judge Cote has consistently ruled against all of Apple’s delaying tactics, it is unlikely that she will rule in their favor in this petition. 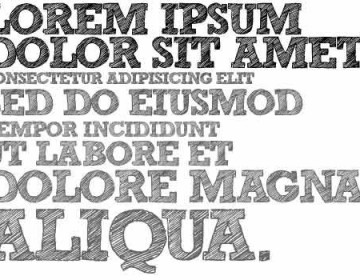 If they’re so worried about the potential damage to their reputation from millions of customers being notified that Apple orchestrated a price-fixing conspiracy, perhaps they shouldn’t have, oh, orchestrated a conspiracy to fix prices in the first place?

LOL, you always FAIL to mention that all these loses have come at the hands of one judge – just one person. And that’s it. Like I said before, until segregation was illegal, many judges said it was legal. The actions of one judge is far from justice. Heck there wasn’t even a jury.
The whole case could turn out to be an illusion.

One judge?
As Nate pointed out, the Appeals panel sustained the monitoring. Unanimously.
That makes it *four* judges that see no reason to spare Apple the consequences of their deeds.

Sorry, but the Appeals panel made modifications, if I remember correctly. So that would mean Apple is 1-0 outside of Cote or at worst 1-0 with an O/T goal.
Certainly the prosecution didn’t win – it had it’s wings seriously clipped. Regardless of what Nate says.

The only "modifications" made by the appeals court was that the monitor had to stay within the bounds of Cote’s ruling. The ruling was not overturned or stayed, so clearly the judges didn’t have a problem with it. And since Apple hadn’t let the monitor actually do his job yet, there’s no evidence that Bromwich had exceeded his authority.

The appeals court said the monitoring could proceed. Which they would not have done if they saw a snowball’s chance the ruling would be overturned. By them.
Apple needs to find a wishing well and start throwing money there; it would have a higher likelihood of success than their stalling tactics.

Since Apple is in fact guilty and the evidence is clear the only option they have is to stall, stall and stall again. They unfortunately ran into a judge that did her homework and read the evidence took notes and compared the trial evidence with the data previously provided. She asked questions when there were inconsistencies and was able to disregard Apple’s unsupported claims.

If Apple stalls then sometime in the distant future they can claim the case is no longer relevant and hope they find a sympathetic judge, of course the sympathetic judge would have to ignore the facts and evidence but those judges can be found.

You all are in denial, but I wouldn’t be holding on to the Amazon stock for too much longer.

[…] to review Judge Cote’s recent rulings, including the petition for a stay of the trial which Apple filed earlier this month and Judge Cote rejected last […]