Along with the news yesterday of a camera-equipped minivan driving around SF and Apple hiring a manager for Apple Search came a couple rumors that Apple is going to start streaming services.

Re/Code and 9to5Mac have sources which say that Apple is working on music and tv streaming services. Apple already sells music, tv shows, and movies, and now they are said to be working on paid subscription services.

Industry executives say Apple is in talks with TV programmers about deals that would allow Apple to offer an “over the top” pay-TV service, like the one Dish has started selling with its Sling TV product, and the one Sony is getting ready to launch.

The theory is that Apple would put together bundles of programming — but not the entire TV lineup that pay-TV providers generally offer — and sell it directly to consumers, over the Web. That means Apple wouldn’t be reinventing the way TV works today, but offering its own version of it, with its own interface and user experience.

We don’t have many details on the tv service, but at this point it looks like this would be just tv shows and not movies. The cost, selection, terms, and launch date are still up in the air, so at this point there’s not much more to say than it exists.

But we do know more about the streaming music service.

And just to be clear; I’m using the word "streaming" rather loosely; Apple’s service is going to be closely integrated into a subscriber’s existing library and will allow some downloading of music.

Six months after buying the subscription music service Beats Music, Apple is actively working to launch a completely new paid streaming music service that will compete with Spotify and Rdio. Yet to be named, the new service is entirely Apple-designed, yet leverages Beats’ technologies and music content, a collaboration that has thus far led to personnel challenges and delays. Multiple sources within Apple and the music industry have provided the first in-depth details of Apple’s upcoming streaming service, which we share below.

The service will be available on both Android and iDevices, and the current price being bandied about is $8 a month. (Yes, Apple will be releasing an Android app; someone go check and see if Hell is having a run on ice skates.)

iMusic (my word) is obviously going to be based on Beats , which Apple plans to integrate into iOS, iTunes, and the Apple TV. Apple is currently developing the new Beats-infused versions of the Music app for iDevices. It’s also being woven into ITunes, and a new Apple TV app is in the works.

Apple has a lot of plans to integrate many of Beats Music’s features into the new service, including the Playlists, Activities, and Mixes features, but it’s slow going.

Apple’s creation of a new subscription-based streaming music service has not come without internal problems. The lead director of the new streaming project is said to be recently-promoted iTunes Vice President Robert Kondrk, while key Beats Music employees such as former CEO Ian Rogers, co-founder Jimmy Iovine, and Nine Inch Nails leader Trent Reznor are also involved. One source told us that the “Beats integration is not going so well,” and another source said that development of the new service “has been a mess.”

The iMusic service is still under development, and sources are hoping that it will be launched at Apple’s WWDC event in June, rather than the earlier rumored launch in March. 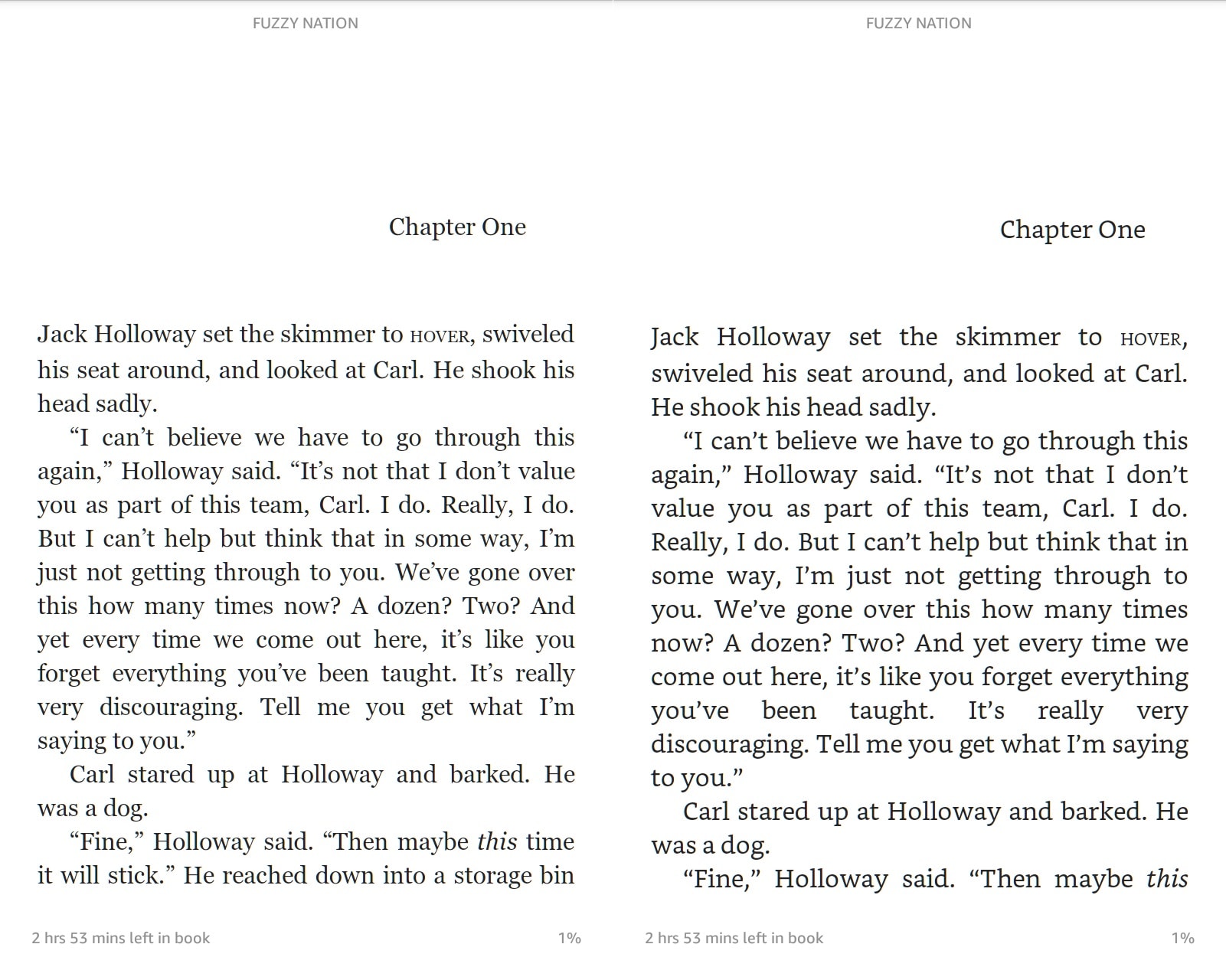 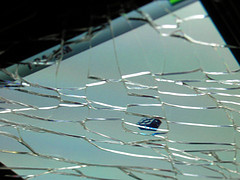 What to do With an Android Tablet With a Broken Screen

I will rather use Spotify as it is free if you can accept about 1 minute advertisement every few songs. Using Apple’s service will allow it to collect more information from me.

[…] Apple Might Launch Music and TV Streaming (Ink, Bits & Pixels) There may be reason to believe Apple is developing a subscription-based platform for streaming TV and music content. Rumor has it that at least the music service, about which more details are currently circulating, will be available to both iOS and Android users. Related: iBooks Claims to Pull in 1 Million New Customers Every Week […]

Apple aren’t going to release an Android app. They would never do that. How do these tech pundits get away with it?

I had trouble believing that as well (hence the commentary). For Apple, content serves to support hardware sales.

Blast it! Everyone and his brother—Amazon, Apple, Google, Microsoft and the rest—are spending huge sums to compete for our entertainment time and money. But no one, it appears, cares about making our work-a-day world go smoother. There, we grind away, almost all of us with jobs that heavily involve text, with tools that haven’t been significantly improved since the late 1980s. Many, in fact, still look like WordStar circa the early 1980s, silly ruler bar and all. There, innovation ceased about 1992.

Text apps still think everything ends up on paper or as PDFs. Despite the billions of mobile devices with small screens around, sending out a document that they can handle, say in EPUB, is a pain. And to do that, text apps need to think in syntax, meaning in terms of what a particular bit of text means not its font size, which is so print-worldish.

Not at all. Hunspell, based as the name hints in Hungary, struggles along with a tiny little budget. The dictionary’s English vocabulary drops out about the sophomore level in college. It doesn’t know many of the words in common use among the educated. I know. I layout science texts and there Hunspell’s vocabulary is a joke—and I’m not referring to scientific terms.

"Exceptionalism" (as in "American exceptionalism") has been a hotly debated topic for years and is even used in a Washington Post headline. But my Mac underlines it in red as one word among many it doesn’t know. Duh! Is my Mac a high-school dropout? Apparently.

Hunspell also knows nothing about English hyphenation. "Quickly-go" is always incorrect in English. "Ly" words are never hyphenated and yet Hunspell is so clueless when it comes to English hyphenation, it not only accepts the hyphenation of "ly" words, it seems to treat any two legitimate words as legitimate when hyphenated. A world-class spelling checker would not only spot illegitimate uses, it’d guide users to the correct contemporary usage, i.e. "email" not the now dated "e-mail." And yes, we all know that one, but there are thousands of others we don’t know.

And don’t get me only how dreadfully Hunspell handles the lookup of misspelled words. Even a single dropped letter or a transposition of two will often leave it clueless. About one-third the time it has no suggestion. And yet I can paste that same misspelled word into Google and about 98% of the time Google’s single 'did you mean' is the right spelling. If nothing else Hunspell should have a 'check spelling with Google' option.

In short, Apple, Adobe, Microsoft and all the others who benefiting from Hunspell need to put a tiny slice of what they’re spending on entertainment features into:

2. Teaching Hunspell hyphenation and its equivalent for various languages.

3. Creating a spell-check lookup for Hunspell that wouldn’t be an embarrassment in a 1980s-era DOS word processing program.

And maybe if we weren’t spending so much time overcoming these deficiencies, we’d have more time for entertainment.

[…] there are rumors of new music and TV streaming services on the horizon from Apple, the latest word is that iOS 9 will focus on smoothing out performance […]

[…] widely expected that  Zane Lowe is going to be a part of the streaming music service everyone is expecting Apple to launch. (It's why we think Apple bought Beats Music last year for $3 billion, and why Apple bought the […]