first quarter of 2014 is barely over and analysts are already making guesses about the number of tablets sold.

According to the latest figures from IDC, Apple’s dominance of the global tablet slipped last quarter. The gadget maker shipped 16.4 million tablets last quarter, down from around 19 million in the same period last year. Samsung came in a not too distant second place with an estimated 11.2 million tablets shipped, and the top 5 were filled out by Asus, Lenovo, and Amazon.

IDC attributes the flattening of the market to phablets. "The rise of large-screen phones and consumers who are holding on to their existing tablets for ever longer periods of time were both contributing factors to a weaker-than-anticipated quarter for tablets and 2-in-1s," IDC Research Director Tom Mainelli said in a statement. "In addition, commercial growth has not been robust enough to offset the slowing of consumer shipments." 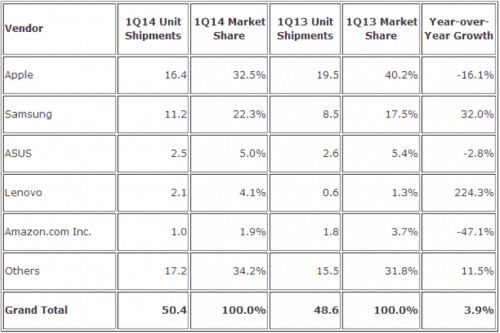 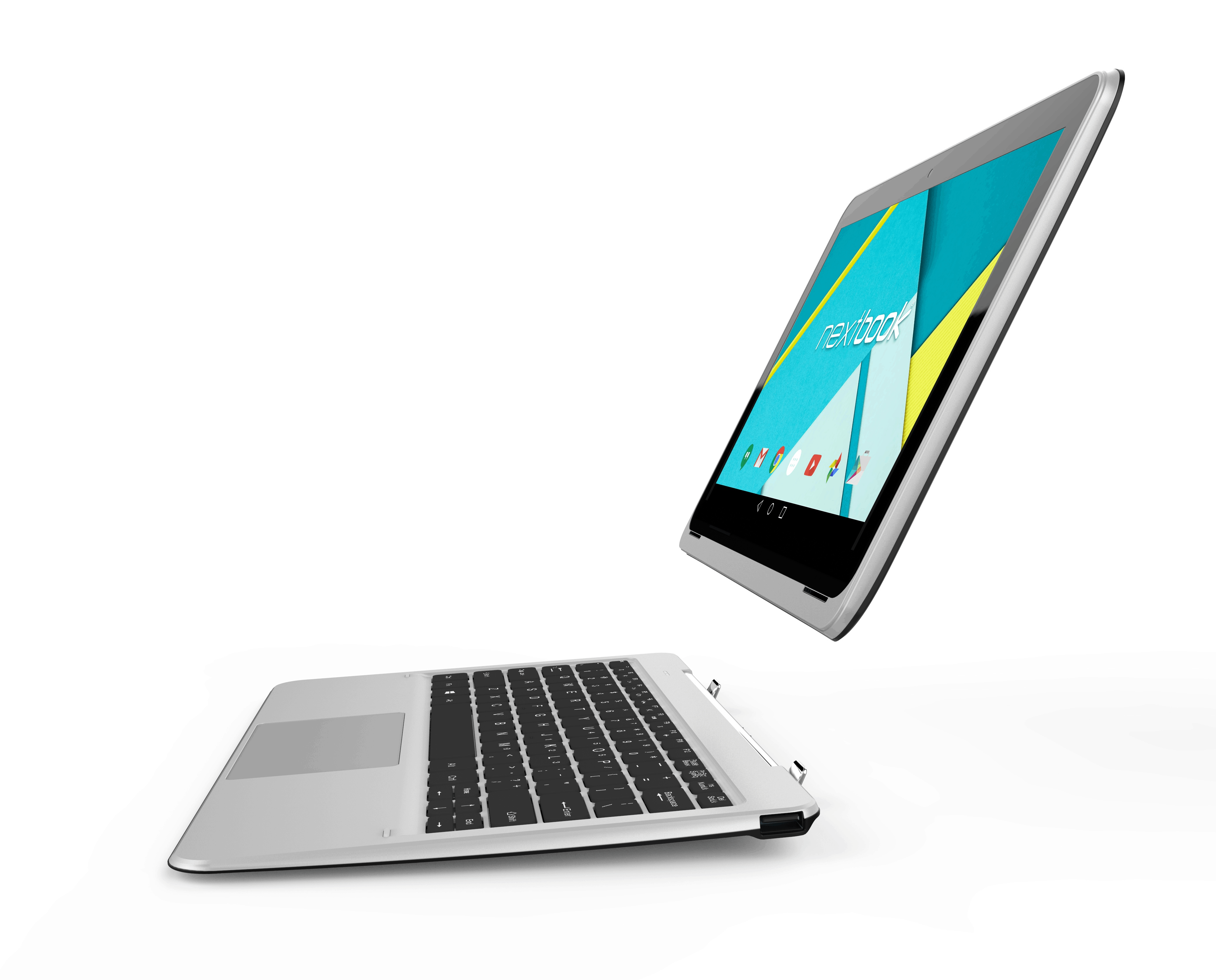 Nextbook 2-in-1 Tablets get Cherry Trail Upgrades; Let’s Hope They Improved the Keyboard Connection as Well

IDG can’t explain who is making 30% of these "tablets?" There are ten million plus tablets manufactured each year, almost a third of the market, and no one has any idea who is making them? Are we sure they are tablets? Or maybe zip drives? Or cardboard with a picture of a iPad printed on them?

Apple Insider had a good piece questioning these tens of millions of "white box" tablets: "The firms counting these devices need not connect them to a particular manufacturer’s sales nor profits, nor explain why the devices have left no discernible footprint anywhere on earth: no impact on web traffic, no retail store traffic, and no boosting of tablet apps or media sales."

Take out the "others" and Apple has over 50% of the market. Strikes me like an auto analyst lowering Ford’s share of the car market by including bicycles, skateboards and matchbox toys.

Oh, they know. They just won’t tell us without money changing hands.

Of course they know who makes them: 100 different brands, each with 0.001% to 0.5% market share. They sell as Nook, Kobos, Craigs, and any of the house brands and no-name brands out there.

This is hardly surprising: in every bubble market where generic options are at least temporarily viable, "other" has always grown to outsell any single major brand. Then the bubble bursts…

It happened with calculators, PCs, DVD players, Mp3 players, tube TVs, and it is happening in LCD TVs. It probably won’t happen in Bluray simply because Bluray stalled before spawning a bubble.

[…] As Tablets Rise, iPad Rises Slower (The Digital Reader) While the number of tablets Apple shipped in the first quarter decreased year-over-year, many of its competitors saw increases. So a market that is growing is leaving Apple a bit behind. That said, Apple is still the No. 1 tablet maker – by far. […]