Apple’s Web TV Service to Launch in the Fall 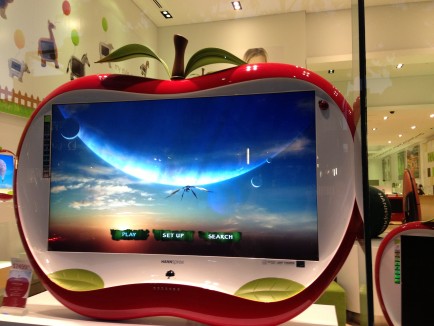 Those month-old rumors about Apple launching a subscription movie service suddenly become that much more real today. The WSJ reports that Apple plans to launch a limited streaming service this fall:

The technology giant is in talks with programmers to offer a slimmed-down bundle of TV networks this fall, according to people familiar with the matter. The service would have about 25 channels, anchored by broadcasters such as ABC, CBS and Fox and would be available on Apple devices such as the Apple TV, they said.

For now, the talks don’t involve NBCUniversal, owner of the NBC broadcast network and cable channels like USA and Bravo, because of a falling-out between Apple and NBCUniversal parent company Comcast Corp., the people familiar with the matter said.

I don’t know about you, but to me that sounds a lot like a basic cable service, only streamed over the web.

This deal is most notably lacking NBC Universal, perhaps because of bad blood with NBC’s owner, Comcast. There are reports that Apple and Comcast were in talks last year to combine Comcast’s strength in broadband delivery with Apple’s online expertise. That reportedly fell through after Comcast strung Apple along, but what with the games Comcast is playing with other services (HBO Go, for example) it’s really not clear what went wrong in the Apple-Comcast deal. 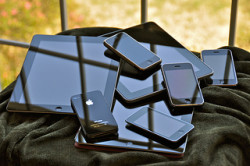 Apple’s service is expected to be announced in June and launch in September, and will likely be limited to Apple hardware (iDevices, Apple TV, etc). The rumored price is $30 to $40 a month, which strikes me as awfully high. You can get basic cable for less than that as part of a bundle.

Given that I have long since stopped watching live TV (whether broadcast or cable), I frankly don’t see the appeal. Why pay $30, just to be subjected to adverts? There isn’t enough worth watching to justify the price.

And what with live TV watching down 12.7% last year as viewers switched to streaming single episodes, I don’t think there is a viable long term market. But Apple is less interested in content sales than in how those sales support its hardware sales, so I don’t think a declining market would bother them.

images by A Fresh Bunch, blakespot

That $7.8b Apple-Samsung Deal isn’t as big as you might think

Assuming the report is correct. The authors don’t have a good track record (more of a "let’s slap everything against the wall and sooner or later something will stick")

I think Apple wants to launch this service, yes. It’s a logical next step.

They had to.
Can’t let Hulu, Sony and Dish to get a bigger head start in the over the top market.

Worse, Microsoft has also been looking at a similar service for XBOX ("XBOX Diamond"). Add their installed base into the mix and there won’t be much of a market left to compete for.

If it means another pre-announcement to freeze the market, then so be it.

Until someone gets it right, there will be a market to compete for, just not the way they are doing it now. As a cord cutter and a follower of the movement, I can tell you that none of these services hits the mark.

Hulu Plus is fine, but it provides mainly content that you can get OTA. If you don’t want an antenna or can’t get a good signal, then it is a good deal. Otherwise, you are better served getting an antenna and a DVR. The free Hulu is a better deal if you can plug a laptop into your TV – it allows access to some episodes of some cable shows that are not available on Hulu Plus.

Sony is just producing another huge bundle service that, from what I have heard, is likely to be available only on Sony Hardware, at least at first. There has been no official pricing announcement, but the rumors I have heard have been exceptionally high. If those rumors are even close, you might as well skip the hassle of cord cutting and stick with the cable company.

Dish’s SlingTV is a better price but more limited and does not allow you to pause/FF/RW or DVR or watch on Demand for almost all of its content. That means it is strictly live (with the exception of the minor channels that no one watches). Cord cutters don’t want live anymore. They want OnDemand or DVR content.

It sounds like Apple is looking to be just another overpriced bundle.

Cord cutters don’t want a streaming imitation of the cable industry model. The only thing really beneficial to cord cutters from these new bundles is that they are making some sports content available for streaming without a cable subscription. However, many cord cutters are non-sports fans who cut the cord because they are tired of paying for sports programming they don’t watch. However, at least these bundles do not require a commitment, so you can sign up for them during your favorite sports season and cancel when it ends.

The streaming market is filling up with more cable clone bundles and that will reach saturation very quickly. But any company that opens their mind to new ways of doing things still has the opportunity to capture the true cord cutting market (forget live tv and just offer on demand content for the participating networks; offer networks a la carte; offer build your own bundles of x networks; offer a variety of different bundle choices; etc). Until streaming services offer something different from what cable is offering, cord cutters will do better with an antenna (or Hulu), a service like Netflix or Prime, and purchasing individual shows/seasons a la carte from places like Amazon Instant Video. Or they will go the Kodi route and access the specific content they want in less scrupulous ways.

I think your title is incorrect. All the articles I have read say the service will be "announced" in June, but will "launch" in September/fall. I can’t read the actual WSJ article, but it’s title also states a fall launch, not a June launch.

Yes, I think I erred here. Thanks.

[…] new Apple TV is expected to be revealed at Apple WWDC, and I would bet that Apple's rumored web TV service will also launch at the same time. A date has yet to be chosen for the conference, but most […]