Have you seen the article that Cyrus Farivar wrote for Ars Technica on Monday? He takes a look at why the publishing industry has not yet followed in the footsteps of the recording industry in dropping DRM.

And that leaves this question: where’s the DRM outrage over e-books? Or put another way, why doesn’t Amazon care about eliminating DRM for books, when it did for music?

This article is getting passed around a lot in digital publishing circles, and before you get to pondering it I want to add something. This article has a significant flaw in its basic assumptions.

Cyrus assumes that the lack of visible DRM is proof that the MP3 files have no DRM, and that is not necessarily true. The author completely fails to consider the possibility of digital watermarks, and in fact he doesn’t even mention them in the article.

This is a serious oversight, because while digital watermarks might not be as much of a nuisance as the more onerous types of DRM, they are still DRM.

I’ve covered digital watermarks before in relation to ebooks (here), so I will just briefly touch on it again. Digital watermarking takes a different approach to securing the content than other types of DRM (like Kindle DRM, which I’m sure you know restricts what you can do with a file).

Rather than controlling what the customer does, a digital watermark is a few small bits of data which a retailer adds to a file when it is downloaded by the customer. That data can be used to identify the customer (or at least the account and retailer where it was purchased) if the file ever shows up on a pirate site.

I don’t have info for the entire mp3 market, but at least some retailers use this type of DRM.

I know that Amazon uses digital watermarks on at least some mp3 (proof), and Apple has been widely reported as using watermarks on the mp3 they sell. Google even mentions watermarks in music files in the the Google Play TOS (see section 7).

It’s very likely that these are not the only retailers which use watermarks on the music they sell, and that means that the major record labels have not actually stopped using DRM.

Now, you could argue that watermarks are not DRM, though I would disagree. But at the very least I think it is obvious that the claim that mp3 files lack DRM requires a huge asterisk.

That being said, I have to agree with Cyrus. I too wish more publishers would go for a less restrictive form of DRM. Of course, one other point which Cyrus missed was that some publishers already have moved to using watermarks.

I’m sure you are familiar with Pottermore. This wizarding community also has an ebookstore which is known to use digital watermarks. That service is provided by Booxtream, a Dutch company which also quietly provides similar services to other ebookstores, including the white-label ebookstore platform txtr.

And then there are the publishers and distributors who have gone truly DRM free. Baen Books, Smashwords, and O’Reilly don’t use any type of watermark which I have been able to identify (I took Epubs apart and checked).

So you see, this topic is not nearly as black and white as it looks at first glance. MP3 is not entirely DRM-free, and not all ebooks  have DRM. But even after correcting the facts, I still share the desire that publishers do away with DRM.  Unfortunately, we are probably never going to see it.

Back in late 2009. the major US publishers had an iTunes moment. The Kindle Store was dominating the ebook market, so much so that publishers were afraid that Amazon would start dictating terms.

I’m sure you know how the publishers responded. Rather than getting behind a DRM-free competitor, 5 publishers conspired with Apple to bring about the Agency Pricing. And we know how that ended.

If Apple had not been talking to publishers in 2009, I seriously think they would have gotten behind B&N and gone for a DRM-free approach. And who knows what would have happened as a result. I personally think Amazon would come out ahead; they have the best ebook platform. But I’m not so sure they would maintain market dominance. I think niche  ebookstores would have a better shot at dominating particular categories.

Of course, if that happened then Amazon would probably start buying up the better niche ebookstores just like they buy niche retailers. But that’s another post. 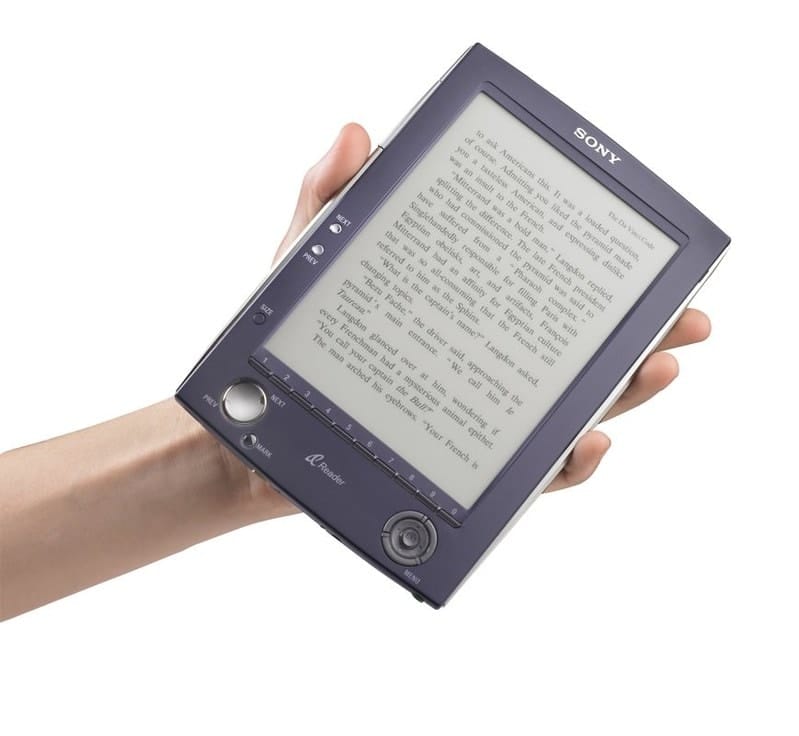 eReader Market Projected to Shrink by Over 50 Percent in Next Five Years? 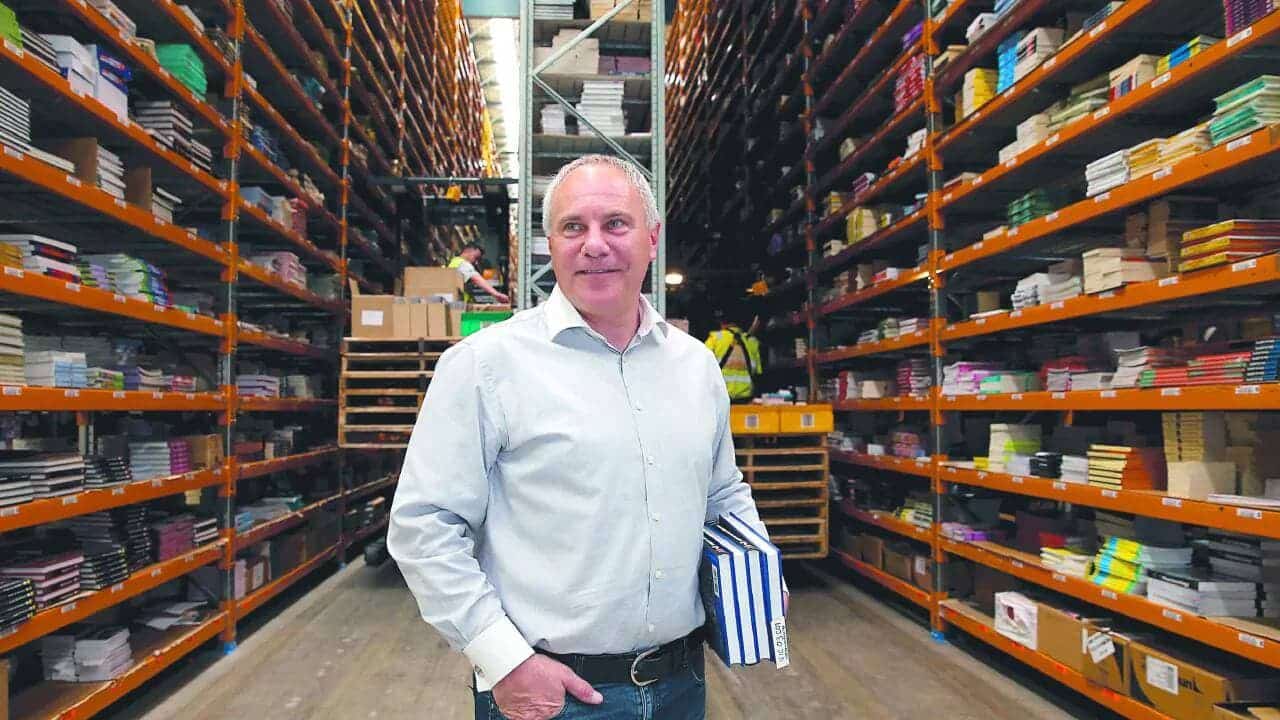 The "eBooks Are Dead" Nonsense Has Spread to Australia

How is watermarking DRM in any meaningful sense of the word? If you share the file online they can track you done, but it doesn’t keep you from copying it between your computers, or limit you to 3 authorized devices, or require activation servers to use. If the ebook servers switched to that I’d no longer need to follow ApprenticeAlf and tell Calibre what my credit card number is.

If watermarking had been the beginning and end of "DRM" as a technology we would never have had these conversations in the first place, because it would have been a non-issue.

Watermarks are not complete DRM mechanisms in their own right, but are used as part of a system for Digital Rights Management, such as helping provide prosecution evidence for purely legal avenues of rights management, rather than direct technological restriction.

In the minds of record labels, watermarks are DRM; they merely replaced the more restrictive forms.

Excellent point — I had never thought about that before. Thankfully Amazon.com is disclosing this information upfront — although I have never noticed it until you pointed it out to me! (And I regularly buy stuff from Amazon).

Watermarks *are* DRM.
What they are *not* is encryption-DRM.
A lot of the user inconveniences attributed to DRM come from the authentication servers used with the the specific encryption processes and are not an issue with other forms of DRM.
Also worth keeping in mind: encrypted-DRM files can *also* bear watermarks.
It’s not an either/or proposition.

Arguing the point seems silly, but I can’t help myself.

Do watermarks in any way "manage rights"? No! Thus, they are not DRM. They don’t restrict usage and they don’t limit access.

Even Nate’s quote effectively says, "watermarks are not DRM, even though they are used by DRM systems".

If presenting the term "DRM" to executives in order to market an idea is successful, then feel free to do so. It’s similar to calling copyright infringement "piracy" or "theft"; it isn’t accurate, but it does invoke a planned response.

Watermarks identify *who* purchased content so unathorized distributors can be identified and "reminded" of the rights they *don’t* have. It is reactive rights management that only targets offenders.
Encryption manages distribution by tying the file to the customer so that only the authorized user can access it. It is *proactive* management that believes everybody will be an offender if given a chance.
That is how both technologies manage digital rights: by restricting their distribution.
One says only explicitly listed uses are allowed, the other says only explicitly disallowed uses are frowned upon. Both restrict usage.

You are still incorrect. Your rights are managed by copyright law. The watermarks are merely object identification (similar to a serial number or VIN). You are claiming that the U.S. government, and any tools law enforcement can use to track down offenders (such as server logs), are DRM mechanisms.

By definition DRM is proactive.

Watermarks are accountability, and we often discuss accountability in the context of access control mechanisms. However, no reasonable person would consider an area as "secured" merely because of the presence of cameras. Similarly, the term DRM applies only when digital tools restrict or grant access based on some identity criterion.

[…] the real reason Amazon talked the labels into this is that Amazon adds DRM to the mp3 files. They sell mp3 with watermarks so it would make sense to add those watermarks to all the “ripped” […]