Asus Announces Overpriced and Underequipped Budget Tablet for the US Market

Remember that 7″ budget tablet from Asus which showed up on a Russian website a few weeks back?  Asus has just announced that that tablet is expected to reach the US market in April with a retail of $150. 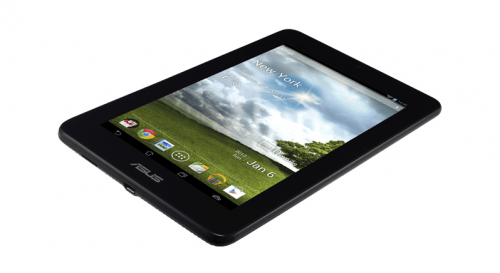 It’s going to be called the MeMo Pad tablet, and the specs are as disappointing as the leaks suggested (benchmarks, photos, and more). 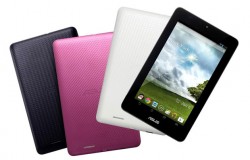 Today’s news confirms that this will be a 7? tablet running Android 4.1 on a 1GHz VIA WM8950 CPU with Mali-400 GPU. Screen resolution will be 1024×600, andnthis tablet will also have 1GB of RAM, a 1MP camera, 8GB Flash storage and even a microSD card slot for even further storage capabilities.

Yes, this tablet has a card slot, breaking with the trend towards limiting expansion opportunities. This press release also confirms an earlier leak which listed a card slot.

It’s getting a fair amount of attention today from the Android blogs but it’s low on my list of tablets to buy. Many budget tablets with dual-core CPUs were unveiled at CES 2013 (Southern Telecom had a bunch), so much so that my minimum standard for a $99 tablet is a dual-core tablet with Google Play.

Sure, Asus might be able to offer a more polished experience but I’m really not sure that is the case. The MeMo Pad is going to fit in quite nicely with all the tablets released last year, some of which you can now get for under $80, but about all it has going for it is the brand name. I’m not sure that’s enough. 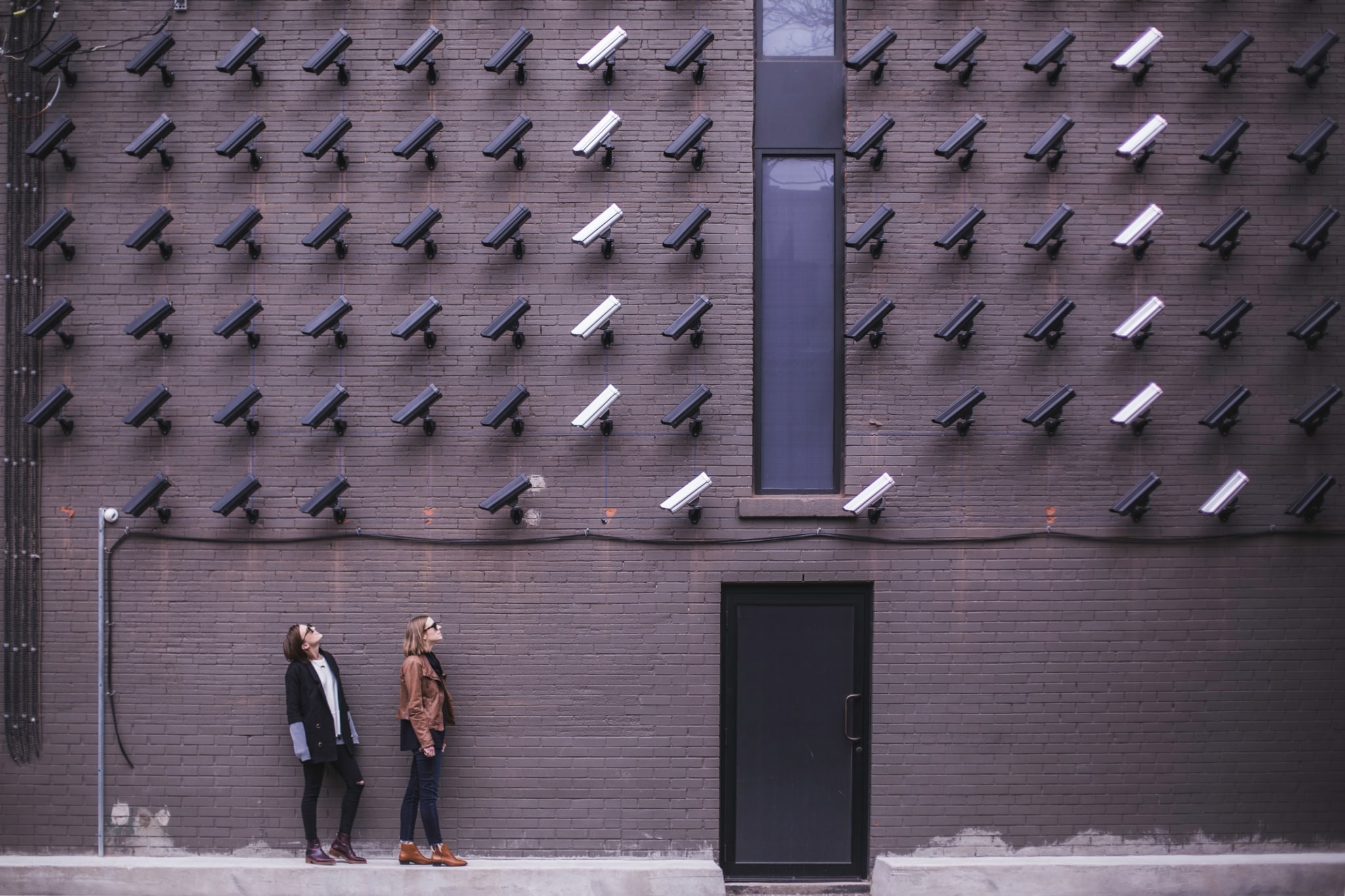 This is the last gasp of the seven-inchers. Eight-inch will be the new norm. And Archos will lead there too, with the $169 Archos 80.

Man, I’m sounding too much like Charbax here. These tablets better be good!

You *are* going out on a limb.
Archos has a habit of over-promising and under delivering. Usually on software but often on the hardware, too.

…and on meeting schedules.
I’ll be shocked if the T-97 shows up before fall. If at all.

I don’t know. Maybe Archos has finally gotten some of its shit together. And there’s two 97’s — Titanium and Platinum. $50 difference, dual vs quad-core.

I grant you the damn company has been all over the map — that TV thing should have never been released, it looks like the remote is from the 1990s! — but I don’t see any other brand releasing something like that yet. Well, maybe Apple suing people has something to do with it. We’ll see if the injunctions start flying. Just let them fly *after* I’ve bought mine, dammit.

Two higher-than-HD resolution tablets at the same size with a $50 difference.
Do they think the mid-range market is *that* price sensitive?
Sorry, but I’ll believe it the day they show up as "in stock" at Amazon or Newegg or J&R…
I’d love for it to be real but I’ve seen these kinds of *wow* CES-specials before.
Few if any ever get to market in time to actually matter.

If the components were available to build that thing in any kind of volume now or in the next couple of months, wouldn’t the suppliers be dealing with a higher-profile player? Odds are they are working with early engineering samples for Q4 components.

>>>Do they think the mid-range market is *that* price sensitive?

I think we might be dealing with different retail outlets. For example, the Archos 80 Cobalt never came to the USA. It sold out at Tesco in England for 99 pounds, with an Xmas blowout sale for 49 pounds and got good reviews on YouTube. In the US, maybe Platinum winds up at J&R and Titanium winds up at Walmart, Kmart, Target, Sears, see? At least they haven’t alienated all the retailers as Velocity Micro did, which can’t get their eight-inch tablet in ANY stores because their first products were absolute crap. If it was up to me, I’d tell Archos to dump everything except the two Platinum tablets.

This tidbit caught my eye:
"Needless to say, it’s hard to judge a tablet based on specs alone, and the unit on display at CES wasn’t functional, so I couldn’t really gauge things like screen brightness or overall performance."

The 7in tablet is supposed to ship in February and they didn’t have a functional model for CES in mid-January? Yeah, that shipment scedule is really realistic.

BTW, this is what they sayy about the Titanium 70:
"Although Archos has yet to post a product page (which is why there’s no link), I saw the 70 Titanium at CES, and just received a preliminary spec sheet from a company rep. I’d say its main competition is the original Kindle Fire, which Amazon currently sells for $159.

For $40 less, the 70 Titanium offers a 1,024×600-pixel IPS display (same as the Fire), 8GB of storage (ditto), a microSD slot (something the Fire lacks), and a front camera (ditto again). It runs on a 1.6GHz dual-core processor with quad-core graphics and 1GB of RAM. There’s an HDMI output and Android 4.1 (Jelly Bean) behind the scenes. Alas, no Bluetooth. The Archos tablet measures 0.34 inch thick and weighs 0.62 pound, so it’s both thinner and lighter than the Kindle Fire."

Note that ASUS isn’t even as ambitious and they’re aiming for April, not february for the much more mundane cheapie.

Take Archos promises with a pound of salt.

Why the asterisks around "are"?

Thanks. I wonder why he needed to emphasize the word "are"

Um, that was Rand’s acolyte, Greenspan.

Yeah, I’d tell Archos to drop that seven-incher. My guess is that it probably won’t even be released which is why there was nothing more than a dead mockup, to gauge interest (remember, CES is for buyers, not just press!). Those specs I would have guessed at, too. Though I now wonder about Bluetooth in the other Titaniums and Platinums. Their one-page press release is short of details. Bluetooth has become a must-have these days due to Bluetooth external speakers. It’d be awful if they didn’t include it in the Platinum line.

Oopsie! Yeah, it was that far back.

See, I’d love it if those Archos tablets were real and shipped in february.
But I can’t let my desire blind me to the fact that we’re talking Archos.

But if they were indeed measuring interest in the thing a CES, then it is most likely 6-9 months away. Not one to two.

And me, I doubt I’ll be waiting that long for my "hardcover-class" color reader. At some point I’ll just pull the trigger on the best available option and unless the Nexus 10 gets (at least) a $100 price cut, the likely choice will be the FireHD.

I may regret it if the Archos shows up by summer but I’ve held and touched the Fire and I can practically hear it calling my name. 😉

FireHD? Why not NookHD+? I suppose you have business with Amazon, though, and don’t want to go through the pain of rooting. I can’t fault you.

Well, Archos said March in some of the videos, so we’ll see. What I’ve found too often with Archos is that it takes *weeks* after they begin sales on their own site for their products to reach store shelves. I really want that 80 Platinum, maybe the 97 Platinum too. They have to know they have winners on their hands this time, so I hope they’ve planned properly.

No, the reason I’m leaning to the FireHD8.9 has nothing to do with Amazon itself.
I’m buying based on the hardware, price, and form factor.
First, I prefer 9in to 10in. (It is the exact size as a very thin hardcover.)
Second, I want a high-res screen, at least FullHD. (Bye-bye Apple Mini.)
Third, I want a 32GB out-the-door-price under $400. (Bye-bye Nexus)
So, yes; NookHD+ is in the picture.
But the WiFi has been reviewed as slower, the audio isn’t best-of-breed, and the Nook comics apps are mostly for graphics novels. If I wanted to transition from floppies to digital (not there yet) Nook isn’t the way. Of lesser importance, the hardware is designed for portrait use with the volume (paging) buttons ending up less than optimally in landscape mode. And the 1.5 screen ratio is a bit less than optimal for two page mode. For video, you get bigger letter-boxing and a smaller image. And if I want to hook up a monitor or HDTV it’s a $40 cable that apparently isn’t yet available. Power connector is proprietary and you can’t charge via USB even in an emergency.

It comes down to the Nook’s big advantage in the SD card slot and big minus in the need to hack. Which negates a big part of it. Either I engage in a running war with B&N to keep the thing hacked, go through the developer hoops to sideload apps, or go with a boot-card generic OS that doesn’t even see the onboard storage. I hacked my Pocketbook, I hacked my Sony T1. Both worked but the end result was still suboptimal. And those companies weren’t doing updates that intentionally broke the hacks. So if I root, I still have a forked Android and I have to constantly monitor for root-breaking updates. That SD card slot (that I’d use to store my ripped CDs) starts looking pretty "pricy". (sigh)

Now, I get my video streaming via Hulu Plus and Netflix, with Crunchyroll something I’ll be looking into. All in the living room through XBOX. So Prime is a non-issue. The rest of my Amazon dealings are transportable, just like my Nook dealings. As long as I can install the android apps I’m covered.

Generic Android would suit me except nobody makes a generic with the right screen at the right price except Amazon. Not right now. And biting the bullet and going to $500 just opens the can of worms that is the Atom WinTab world. Lower screen resolution, yes, but no android crap. With room for Calibre and NookStudy and even MS Reader and Mobipocket on it.

So it comes down to a lot of niggles on the NookHD+ vs a lot of niceties on the FireHD8.9 (better landscape ergo, better WiFi, better audio, USB emergency charging, and no need to fight just to sideload apps). If I’m going with an Android fork either way, the Fire road is less annoying.

This is a "want" buy rather than a "need" buy.
And I’ve been itching for a new toy since November. I’d wait to see the Archos 97 until Feb. March? Too much. Not for Archos.
And I still think they don’t get enough of those screens to launch before june with Sept more likely. Much as I’d prefer a generic Android with SD card slot, I can’t trust Archos to deliver on their promises.
But that is just my story, of course.

Google’s coming to cut off everyone at the knees with a Nexus 7.7 in May. Oy. The specs make the *un*released Archos tablets look old already.

🙂
That is how it usually works.
The shrimps pre-announce months in advance and the sharks freeze the market around them with a rumor.
One reason why so many "CES specials" never amount to anything.

It is back to the drawing board for me sir, since I have bluetooth speakers and headphones. Its a damn shame.

>>>The shrimps pre-announce months in advance and the sharks freeze the market around them with a rumor.