Augmented Reality Shows Up in a Japanese Textbook (video) 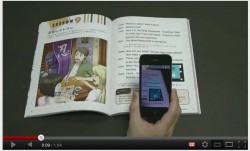 ZDNet has turned up a new example of a print publisher adding augmented reality features to a paper book. In this case, a textbook publisher has added little conversation vignette videos to a book that teaches English as a foreign language.

The publisher is Tokyo Shoseki, and they’ve just released a new edition of their New Horizons imprint.These are books for an adult student who wants to learn or relearn a foreign language. The AR comes in because you need to point a camera equipped iPhone at the requisite page in the textbook in order for each video to pop up.

I’ve shown you AR tricks once or twice before, so I’m going to assume that you’re familiar with the idea. So far most of the examples I’ve seen have been gimmicks or broken. This one is no exception, and you can see that in the video.

I have to say that this is one of the more poorly conceived uses for AR.

Do you see how the iPhone is blocking the text on the page? That’s going to make it hard to follow along with the conversation, take notes, or do anything besides hold the iPhone in front of the page so the video will play. I think it would be better simply to have the app play the video without using the AR gimmick.

Just to be clear, I call this a gimmick because the publisher could have simply posted the videos online and let students play them on whatever device they have. The videos will fill the educational need with or without involving augmented reality.

I happen to like the idea of augmented reality on a technical level and it is a very nice toy which is fun to play with. But I am still waiting for someone to come up with an intelligent way to use augmented reality that actually adds to a book. 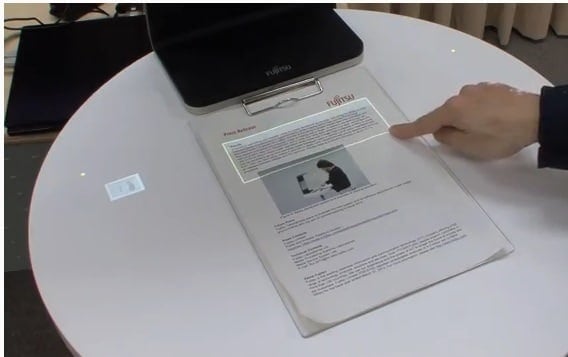 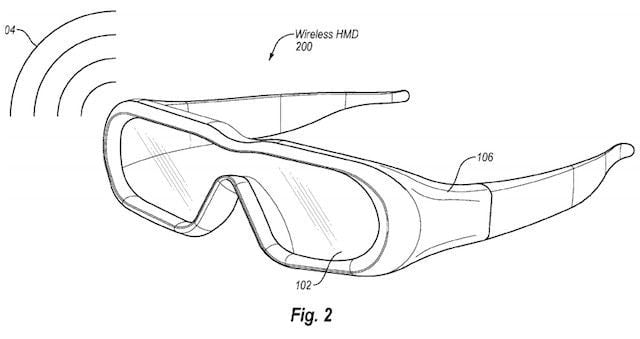 Disney Unveils the Next Big Thing in Augmented Reality | The Digital Reader 28 October, 2016 um 11:32 am

[…] you haven't gotten enough of augmented reality in books after reading about the Bridging Book, textbooks, or Marvel's garnishments on their comic books, then you might be interested in the latest project […]