In the past couple months I’ve posted a few times about things authors shouldn’t do like respond before you understand the situation, be pushy on Twitter, and send dunning letters to book bloggers.  I have another regrettable tale of misdeeds today, only this time the author was the lesser of the problems.

Self-published authors need to be forward to get attention; that’s a basic fact of marketing. But they don’t always pick the right technique or venue. Take, for example, David Eckhof. He’d recently self-published a humorous political novel via Amazon, and while looking for ways to promote it, he hit upon the idea of leaving cards in a local Waterstones bookstore near similar titles.

Naturally the booksellers in the store didn’t appreciate the idea, so after they removed the cards they sent him an email telling him so. Normally the story would stop here, and it would be a story that would hardly be worth a mention. But what caught my eye with this story was what the Waterstones booksellers did next.

And in case you were wondering, at least part of this story has been confirmed by Waterstones:

"If the leaflets had just been about his book, then obviously they would still have been looked for and removed and we’d put it down to an over-enthusiastic new author. But including the encouragement to use a major competitor is just rude and surely obviously inappropriate, which is what prompted a polite email to the author asking him not to use our shops in such a way," said the spokesman.

"Unfortunately, it subsequently emerged that staff at the shop had taken matters into their own hands and indulged in some completely inappropriate behaviour, as pointed out to us by the author. We took action to identify those involved and have the offending material removed, and dealt with the situation accordingly, and of course we are sorry that members of our staff acted in such a fashion."

So what we have here is an author who was overly-enthusiastic and booksellers who were vindictive. Whiel there are misdeeds all around, I would think the author was the lesser actor.

The thing is, I have had authors leave spam comments on this blog before which promote their books.  These comments were spam because they were unrelated to the post in question, but I’ve never gone beyond simply deleting them.  Seeking out the author’s book in order to punish them would obviously have been inappropriate, so I never did.

But clearly someone at Waterstones didn’t think so, because here we are. According to David, Waterstones did apologize and offer to carry his novel on their ebook site by way of apology. the ebook is up, but David has not seen a boost in sales. 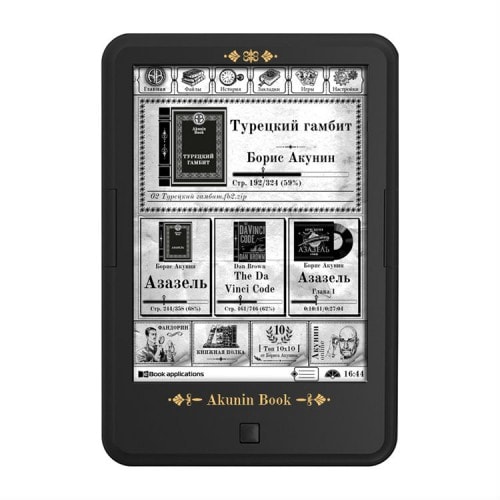 That response not only sounds like they were more pissed he advocated Amazon than trying to hock his books in their store, it stops just a hair short of excusing that behavior. It sounded like "He was asking for it by having the audacity to mention Amazon" to me. Inferiority complex, anyone?

Ehhhh….having worked in a bookstore I am actually more willing to give the employees some leeway. Water stones did the right thing apologizing, pulling the troll reviews, and even carrying the book.

But retail employees (especially in bookstores) get shit on all the time (once we literally had a customer shit on the floor but that’s a whole other situation). They probably get tons of "I’ll get it on Amazon" thrown in their faces by customers. And this author made a few employees angry with his redirecting traffic to Amazon. They behaved badly, but I am willing to bet a few people had a shitty day that got capped by discovering the cards, and they got drunk after work and retaliated. It doesn’t justify any of it- however, I had to stop employees at my store from doing things almost as bad when they got angry. Don’t underestimate a pissed off, underpaid worker. 😉

Why should it bother the employees that people went to amazon? They would still get paid at the end of the month.
I’ve had bad days at work in the shoe shop in which I work but I don’t spend my evenings telling people tall tales about other shoe retailers. What would I really get out of that?
It is clearly a pathetic act of boredom and spite. The staff in question need to either find a hobby or actually start reading any books they fancy reviewing.

This report is certainly cringe worthy.

It illustrates a misunderstanding of what marketing is on the part of both author and retailer. Marketing at its best is being passionate about a product (in this case a book) and wanting to find the right person for it–the person it will benefit in some way–and letting them know about it. Almost no one in this capitalistic society minds it if they are presented with a product they will like, in a way that shows that someone cared enough to to figure out that they might like it.

Because I’ve written books for both authors and retailers (though authors are often retailers, too!), I am especially put off by the bookstore employees. Their image (their brand!) should be one of "friend to literature and the people who produce literature." A vindictive attitude toward a customer can not be excused. Authors are also bookstore customers. They do read! It sounds as if management is not imparting this kind of acceptance to their employees.

Waterstone’s management did do one thing right, though. In terms of public relations (a part of the field of marketing), it is always wise to own up to mistakes quickly and with an apology. So, yay Waterstone’s–at least on that count.

Carolyn Howard-Johnson
Award-winning author of poetry, fiction and how-to books for writers and for retailers