B&N is Still Sending Out Emails Re: Shutting Down Fictionwise 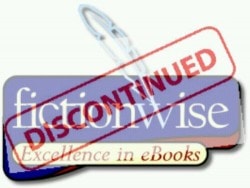 It’s been several weeks since the news broke that Barnes & Noble was going to push their subsidiary ebookstore Fictionwise out into traffic, and according to some of B&N’s soon-to-be former customers, the process doesn’t appear to be going well.

I’ve gotten a couple emails from readers who are still waiting for that email which was supposed to help them transfer their ebooks to an account at the B&N Nook Store. It’s been 3 weeks and some are really starting to worry.

Today I received an email from B&N, inviting me to transfer my eReader.com account. I don’t believe I bought any ebooks from that site, so I have nothing to transfer, but the fact I got the email is important. It tells me that B&N is taking their own sweet time to get everyone transferred over to the Nook Store,  with the greater priority given to the readers who have bought more ebooks.

If you have already received one of these emails, you’ve probably also already started transferring the ebooks. How many failed to transfer to the Nook Store? For me, it was most of my ebooks.

According to one email forwarded to me from B&N, they’re working on this issue. Barnes & Noble to have all the ebooks transferred by next Friday.

I myself still only have the 30 or so titles which transferred the first day, so I don’t really believe B&N. But if they say they will get the rest moved over I am more than willing to repeat their claims. Note, though, that I did not say I believe the claims; just that I am willing to repeat them.

I had the same issue as Craig with the first email, but the second one said I would receive an email the week of November 19th (this was on November 27) with the code to actually make the transfer. I still haven’t received THAT email.

Same isue as Craig – got the original email, got the "the email address we sent this to doesn’t exist in our records", got a second one saying the first one might have had issues, got the same error. B&N really seem to be going out of their way to compete with the likes of Kobo and Sony for the coveted "worst customer service" award with this.

Got a second email for eReader. This email worked and sometime over the weekend they added in my entire Fictionwise library.

So all books transferred to B&N and working well. It may be slow, but they are getting the job done.

Put me on the list of folks who got email mismatch complaints. I’ve had exactly one email address that I’ve always used at all three sites — B&N, Fictionwise, and eReader.com — and somehow it comes out as a mismatch. I wonder if they’re expecting that I used the same *password* at all three sites?

I think they didn’t expect you to use the same email on all 3 sites, or rather one of their programmers forgot to error check for that situation.

Count me as another who got the email mismatch error. They sent it to my email address, so obviously that’s the one I have on my account there. Whatever, I’ve already put those books in my archive on Amazon, so I don’t really care about it.

Does anybody have the contact info (email/phone) to let them know if we havent received the email yet. I shot one to them on ThanksGiving, but havent received anything yet…..

Please let me know if you get any contact info. I have over 200 books to transfer and have never received the necessary code to start the process.

customer support at ereader.com is telling me that barnes and noble must issue the opt in letter to move my considerable pdb content from my ereader.com bookshelf to bn.com.

barnes and noble customer support is telling me that ereader.com (which they own and are shutting down) must issue the opt in letter that would allow me to do this.

fed up, i am in the process of manually downloading all my purchased ereader.com titles (127) to disk.
and processing them so they can be read on my ipad.
a major pain in the butt .
my nook is going in the trash
i will no longer be purchasing content, or anything else from barnes and noble