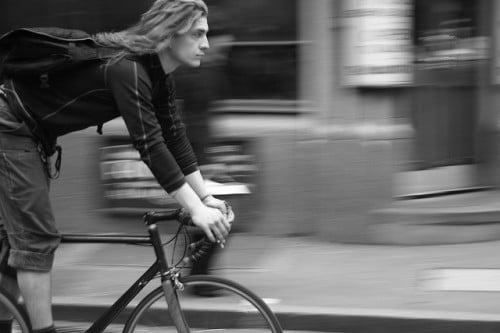 Hot on the heels of yesterday’s Amazon news comes a new report that Barnes & Noble is partnering with Google for a limited same-day delivery in several US cities.

The NYTimes reported this morning that:

Barnes & Noble stores participating in the partnership with Google, which include the Union Square store in Manhattan, the Marina del Rey store near Los Angeles and a store on Stevens Creek Boulevard in San Jose, will have someone on site to take online orders for books, toys, games, magazines and other items. Google will collect the orders and hand them to a courier. Barnes & Noble stores have 22,000 to 163,000 titles, depending on the store size.

Like many retailers, B&N had already offered same day delivery in Manhattan, and now they’re joining the dozens of brick-and-mortar retailers, including Target, who have partnered with Google to provide same-day delivery.

But will this really be a threat to Amazon?

I would argue not. It’s not just that Amazon is backing up their same-day delivery with warehouses stocking a million items, or that Amazon has an incredibly efficient back end, or that Amazon can fund the same-day service as a negligible add on to their existing operations, but also that Google Shopping Express has a much more limited delivery area.

And then there’s GSX’s uncertain future. As The Information points out, this service is still losing money hands over fist:

In one of the biggest efforts to rival Amazon.com’s quick-shipping services, Google launched GSX 16 months ago by aligning itself with brick-and-mortar retailers that are eager to counter their e-commerce nemesis. But inside and outside of Google, there are open questions about the commitment of some retailers, including key partner Target.

Even more troublesome for Google: the cost structure of GSX is still far from where it needs to be for the service to be profitable, according to people who have been involved in its finances or were briefed about it.

The story goes on to say that Google spends “multiples” of that and tries to make it up in volume, or by encouraging consumers to “to search for products on Google and thus boost revenue from retail advertisers.”

Google can afford to subsidize GSX for as long as they want, but that doesn’t change the fact that GSX is showing every sign of being one of many startups in the latest tech bubble.

Over the past year a number of similar services have launched in major cities like NYC and San Francisco. According to Network World, many of the services aren’t even charging for delivery (thus confirming that we are seeing the reality-bending effects of a tech bubble):

But at least GSX, as Google calls it, charges something for its service. The real riddle is companies like Seamless.com and WunWun, which offer free or almost free delivery from restaurants and other retailers in a number of cities.

Some services, including Postmates, are charging for delivery: "We’re making money on every order," Bastian Lehmann, the CEO of Postmates, told Jason Calcanis in a video interview.  Lehman thinks his startup is quite different from Kozmo, the same-day delivery service which made a name for itself when it imploded during the late 1990s tech bubble. With $16 million in capital, Lehman said that "We’re very lean compared to the money they raised at Kozmo".

Other services are charging the retailer and restauranteur fees. Last year Seamless was caught out for charging an unsustainable 14% commission on orders:

Seamless takes a 14 percent commission from every order at Luz, according to Munoz, and requires his restaurant to pay additional fees for advertising and credit-card transactions. Those rates rose along with the restaurant’s volume of orders. Seamless also holds funds for 40 days before distributing them, the restaurateur explains, meaning an increase in business through Seamless led to Luz having less cash on hand to keep running.

Both retail stores and restaurants operate on margins as narrow as 2% to 3%, and that just doesn’t leave much money for funding a delivery service – not without tacking on more fees on top of any order.

And that is probably going to be the reason why Amazon, and a handful of other major retailers, will be the only ones left offering a same-day service when the dust settles. They already have the warehouses and online operations which can absorb the additional cost  of same-day deliveries. 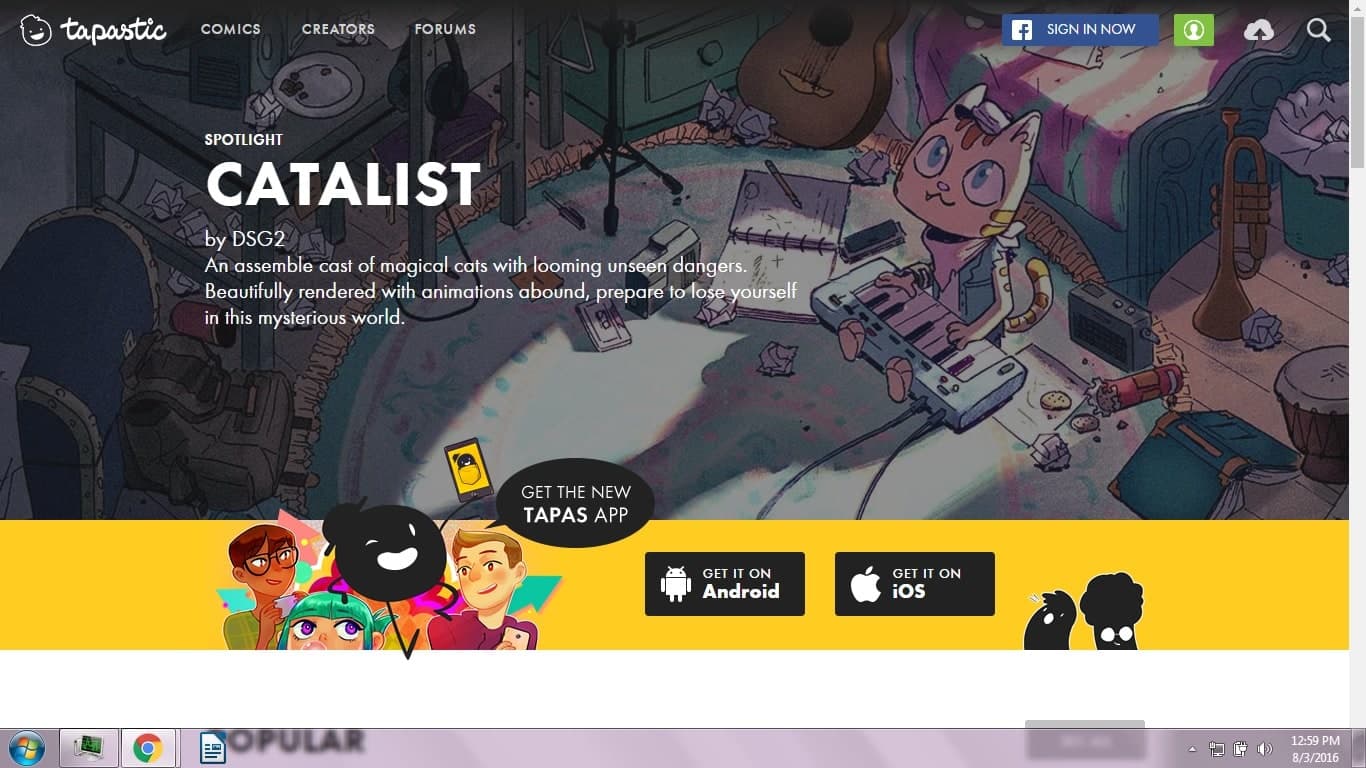 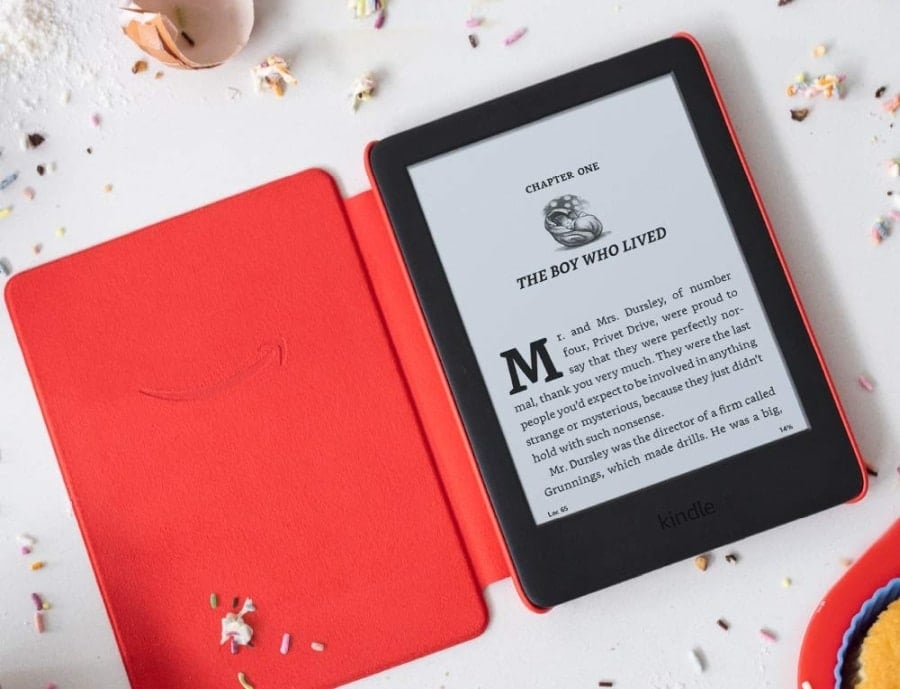 The threat isn’t for Amazon, it’s for Microsoft. A small reminder that if Microsoft doesn’t want Nook, others do.

As a Microsoft shareholder, I hope that someone else wants B&N before Microsoft wastes a bunch-o-billion buying it just before it dies.

You’re making the assumption that Amazon’s same day delivery is profitable when there’s no indication of that.

I didn’t assume it was profitable; I’m not even sure Prime is profitable. But I do think Amazon’s costs are different, and that gives them an advantage. It’s the warehouses, really, which sets Amazon apart.

I think a good example of Amazon’s type of advantage would be Peapod. This grocery delivery service was one of the few to survive the 1990s tech bubble, and I would say that it owes its longevity to the fact that it belongs to Ahold. Peapod doesn’t have to support its own warehouses; instead it works from the supermarkets owned by Ahold. It also charges fees, but the lower overhead costs are also worth a lot.

No refunds on ebooks unless you call in but that is a supervisor call. If you don’t asked to be bumped up, no refund for you! Amazon, go to the page and process your own refund and you have seven whole days to do it.

If people actually stopped to look at what they both bring to the table, its easy to see why they have trouble.

Instead of fixing their problems, they rather cling tp agency or whatever else they have cooked up. How about support your customer. What a novel idea that is.

We would argue that the "threat" to Amazon is not in directly challenging Amazon’s client-base but in reaching out to the many businesses who for whatever reason prefer not to deal with Amazon.

The problem with the Amazon bubble is that is is driven by growth, not profit. Rivals don’t need to entice existing Amazon customers to hurt Amazon. They just need to entice a good percentage of the next generation of customers going digital as m-commerce succeeds e-commerce, such that Amazon’s growth slows further.

Investors already understand Amazon is beyond profitable. They rely on revenue growth to justify their investments. When that starts to wobble, along with increasing capex costs and falling free cash, the Amazon bubble is going to deflate even more.

Alibaba’s IPO is almost here, offering shareholders a far safer route to riches, and once 11main.com gets into its stride Amazon is going to feel the pinch even more.

Most 3P sellers on Amazon and eBay get their stock from Alibaba anyway. Being able to sell through Alibaba at home for a fraction of Amazon or eBay fees is going to ensure low prices that Amazon will be forced to match or enforce its MFN clause. And again, Amazon loyalists who blindly fall for the Amazon-is-always-cheapest routine may stick with the Everything store, but the next generation consumers just discovery m-commerce

Yet more competition Amazon could be doing without as the disastrous Q3 results loom.

Google can bring together as many of Amazon’s opponents as it likes but if they platform isn’t ecnomically viable then it doesn’t really matter.

Sorry. that went through without finishing:

… but the next generation consumers just discovery m-commerce don’t come with AIS.

In addition to the platform issues, there’s also the regular complaints about B&N’s lack of customer service:

B&N has a long history of disappointing CS. I was going to bring it up but I found so many instances it felt vindictive.

[…] In 2014 B&N partnered with Google to deliver books and other good through Google Shopping Express in several US metro areas. Does […]

[…] In 2014 B&N partnered with Google to deliver books and other good through Google Shopping Express in several US metro areas. Does […]