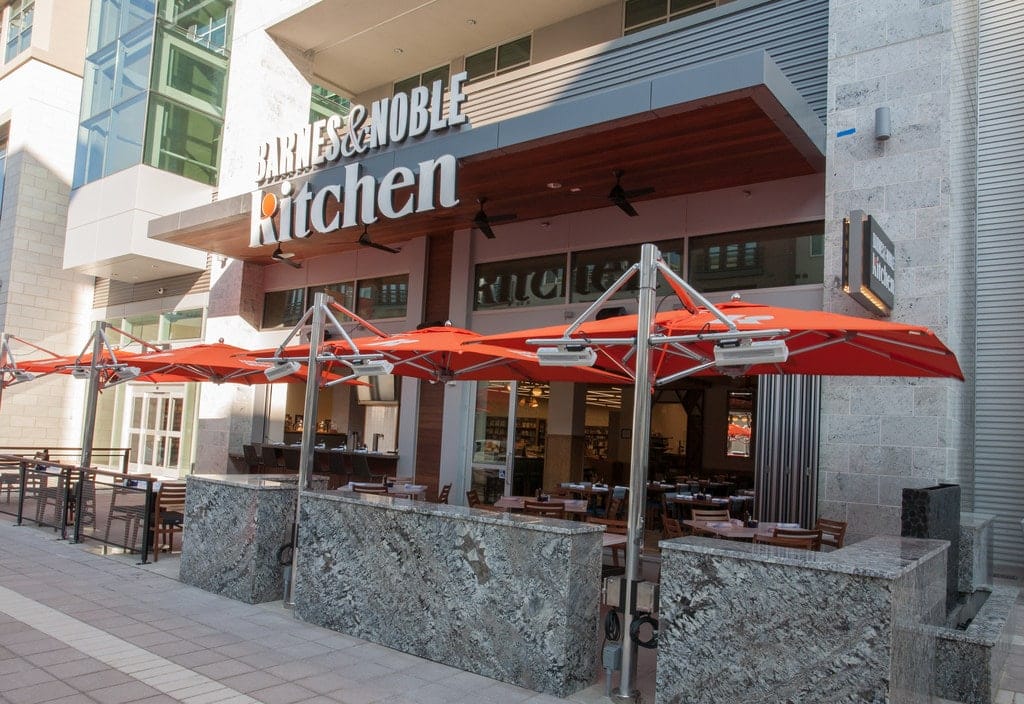 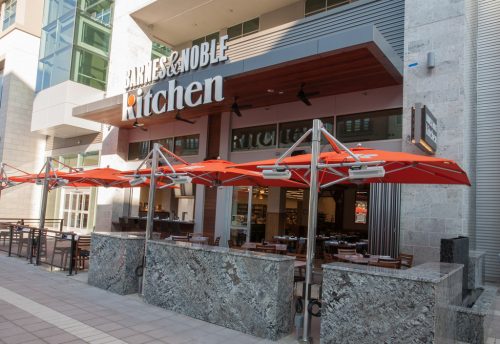 The buzz going around concerning B&N’s venture into restaurants is that venture is doomed. 90% of restaurants fail in the first year, as everyone knows, and that means that the B&N restaurant that just opened in Dallas (with 17,000 books on its shelves) was doomed before it started.

It turns out that in this case "what everyone knows" is wrong.

Barnes & Noble is opening its first newer and smaller format store in Texas on Tuesday with a full-service bar and restaurant as the dominant feature.

Books are definitely not an afterthought, but Barnes & Noble Kitchen is as much as a destination for something to eat as it is food for thought.

The largest U.S. bookstore chain selected Plano’s Legacy West as the site of the new format, the fourth of its kind among the chain’s 633 stores in 50 states.

The 10,000-square-foot store’s restaurant includes seating for 178 — indoors and on a patio — and is open for breakfast, lunch and dinner. Local craft beers are on tap, and there’s a community worktable with outlets and table service.

The thing about restaurants' reputed failure rate is that it’s actually a lot lower than what everyone thinks.

According to Forbes, larger restaurants fail less often than startups in other service industries:

Part of restaurants reputation may be due to smaller startups, which fail more often. Restaurants with 20 or fewer employees fail more often than other service business, but those with 21 or more employees have a median lifespan that is 9 months longer than other businesses of the same size.

While w don’t know whether B&N’s restaurants slash bookstores will thrive, their failure is not a foregone conclusion.

Fast casual dining is a growing segment in restaurants so if they have good food and a good atmosphere, they just might be on to something.

This looks like a great format. Maybe they could build e-readers into the surface of the restaurant tables so people could read as they dine, without risk of ruining the books with spaghetti sauce!

If anyone can fail in a business venture, it is B&N. Never give them the benefit of the doubt; those people are idiots.

TBH my original title said that the store had a better shot than the rest of B&N. And I really think it does.

If I were investing in this niche I would certainly buy the concept restaurants from B&N’s bankruptcy administrators.

It is good B%N is working with others. Barnes & Noble Kitchen partners with AvroKO and The Branstetter Group, companies that have made successful restuarants.

The best bookstore in the world is Powell’s in Portland, OR. They have a full coffee shop with food. Amazon doesn’t compete in this market, yet.

I think we have to separate two threads here. The first is question of what is good for B&N so they survive to continue to be the leading physical retailer of books. The other is the question of hos thi

The other is the question of whether this strategy will help them sell more books.

Few years ago, visiting with my wife & her family in Vermont, we had an extended coffee-pastry break at the B&N in Burlington and it was great! I asked the counter girl if they might ever start serving breakfast stuff and she said the company was thinking about stuff like that, so looks like they’ve taken it forward in a big way. I’m pretty sure it’s gonna work really well here in Austin.