For the past several years Indigo, the leading bookseller in out neighbor to the north, has shown a willingness to shift its focus as the market winds change direction.

In the past that meant pushing for more electronics and non-book merchandise, getting into ebooks in early 2009 (and out again in late 2011), adding Apple boutiques, and selling throw pillows, and in July 2015 the winds have shifted again.

The Financial Post reports that Indigo has turned its attention back to pushing books again:

Indigo recently bumped up the number of books being sold at a 40 per cent discount to 100 titles from 40, but Reisman said the move was not made due to competitive pressure from Amazon or mass merchants like Costco, but as a means to reward and keep drawing in loyal customers.

“It wasn’t a function of competition,” she said after the Toronto book retailer’s annual general meeting of shareholders on Monday. “It legitimizes the investments we have been making.”

While one could call Indigo flighty and say that they have no idea what they’re doing, this 221-store conglomerate saw an 11.7 % rise in its online sales division and a 6.5% increase in its same-store sales in its latest fiscal year.

How many other retailers can report news that good?

I know B&N can’t, and while one may joke about Indigo changing its direction one can’t argue with success. 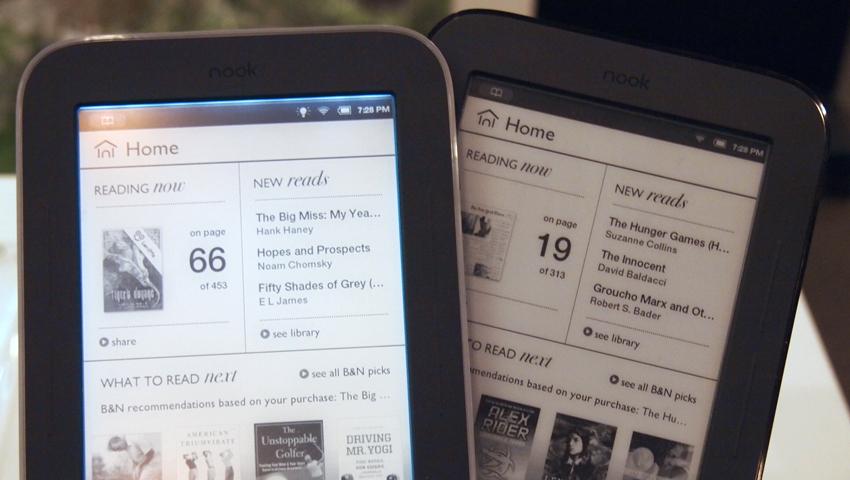 They also flipped Kobo to Rakuten just in time to maximize it’s value.

Good point. I’m going to use that.

Let’s employ quantum mechanics! Consider Schrödinger’s ebookstore…without direct observation, Schrödinger’s ebookstore is both dead AND alive at the same time. At a critical point, either a dumb decision is made which leads to the hideous death of the ebookstore (actually, it was a multitude of dumb decisions but let’s keep it simple) or a smart decision is made to sell out at the optimal price. The direct observation? Visiting either Kobo.com or Barnesandnoble.com. If you land on the former, the cat (ebookstore) lives and prospers. (RIP Leonard Nimoy) If you get the hot mess of the latter, you see the poor thing’s last dying twitch. Quantum mechanics is a cruel B****! 😉

Yeah. B&N should’ve IPO’ed (or sold) NOOK right after the MS deal.
Especially considering it NEVER made money selling ebooks.
(Officially.)
Like most .com properties from the internet bubble days, its entire value was its customer base. (Easy to lose.)

Indigo realized that about Kobo and bailed.
You gotta know when to hold them and when to fold them.

Chapters, the big box Indigo book stores, are great places to shop. Lots of toys to get the kids in the door, and we always leave with new books they pick to read. I am glad they are doing well, because I want them to last.

I have held a great many signings at our local Chapters outlet. I remember when they started "mixing it up" with those big fuzzy blankets displayed prominently in the front aisle. I can’t tell you how many times I have felt just a little disappointed watching folks walk into our region’s biggest bookstore and saying "Ooh, look – blankets!!!"

It is only getting worse with all manner of geegaws and random foofiddery.

I can understand the economics behind it. And I can even appreciate the notion that this will keep the franchise alive – but it makes me a little sad, just the same.