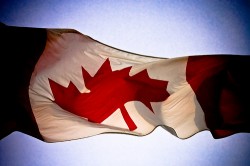 exception of Apple going through the Nth round of their fight with the DOJ, the agency era is pretty much over with here in the US and it is about to end in Canada as well.

Late last week the Canadian Competition Bureau announced that they had worked out a deal with 4 major publishers, Hachette, HarperCollins, Macmillan, and Simon & Schuster, to end agency pricing on their ebooks.

The settlement (or consent decree) was posted last week (PDF). The terms are fairly simple and for the most part parallel the settlement that the US DOJ made with the 5 publishers in the US.

No financial penalties have been assessed, but Hachette, HarperCollins, Macmillan, and Simon & Schuster have agreed to renegotiate their contracts with ebook retailers. Under the new contracts the publishers will be required to give up the most favored nation clause and allow retailers to set ebook prices. They have 40 days to negotiate new contracts.

The consent decree is pretty clear in what the publishers cannot do under the new contracts. They cannot:

restrict, limit or impede an E-book Retailer’s ability to set, alter or reduce the Retail Price of any E-book for Sale to consumers in Canada or to offer price discounts or any other form of promotions to encourage consumers in Canada to
Purchase one or more E-books.

The publishers are being required to give up any chance of controlling their ebook prices for a minimum of 18 months, and they also have to forgo the MFN clause for 4 and a half years.

The time periods spelled out in this decree don’t exactly match with the US settlement, though they do come close. In the US the 5 publishers who settled with the DOJ agreed to forgo price controls for 2 years, and the MFN clause for 5 years.  Naturally that means that in the US the publishers will be able to start trying to reassert agency control at staggered intervals (with Macmillan last) but in Canada the 4 publishers who settled last week will all be released from the decree at the same time.

By publishing this decree the Competition Bureau has made it clear that agency pricing did not increase competition, as many of Apple’s and the publishers' defenders argued; instead it was quite effective at stifling competition. According to John Pecman, the Commissioner of Competition, "Businesses operating in the digital economy must realize that anti-competitive activity will not be tolerated, whether it occurs in the physical world or the digital one."

P.S. I don’t have information on what Penguin or Random House plan to do with Canadian ebook prices; does anyone know? 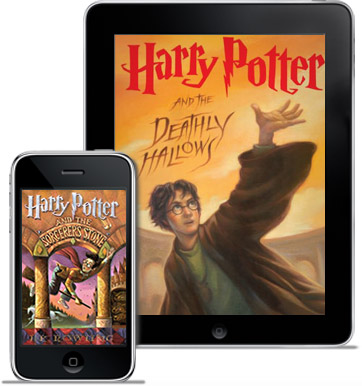 Finally we will get some decent pricing at Kindle and Kobo for some popular fiction.

Kobo Wins Stay of Execution on the End of Agency Pricing in Canada – The Digital Reader 23 September, 2014 um 4:07 pm

[…] Kobo just won the first battle in their month-old fight to keep price competition out of the Canadian ebook market. The Canadian Competition Bureau announced on Tuesday that they were delaying the settlement that 4 publishers had agreed to in early February 2014. […]

[…] Competition Bureau announced a settlement last month with 4 publishers to end agency pricing, but it looks like the process isn’t going to go as […]

[…] early last year when four publishers (Hachette, HarperCollins, Macmillan, and Simon & Schuster) agreed to settle with the CCB. The four publishers negotiated a settlement agreement that would allow retailers to discount […]