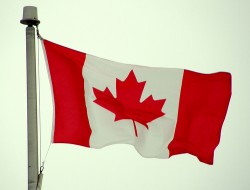 was surprised when Kobo objected to the end of Agency pricing in Canada, but when the Canadian Competition Tribunal granted them an initial delay it did come as a shock.

The Tribunal has since laid out their reasons for the delay, and for hearing Kobo’s objection, and for the most part they make sense. According to the summary written by Justice Donald J. Rennie, the chairperson of the Competition Tribunal, Kobo was granted the initial delay because without it Kobo would have been harmed even if they won their case.

Rennie notes that “In my view, the balance of convenience favours granting the stay. While maintaining the status quo might have the effect of depriving consumers of lower e-book prices in the short term, not granting the stay will certainly have a profound impact on the usefulness of Kobo’s application. In the event that Kobo is successful in its application and the Tribunal finds that the Consent Agreement ought to be rescinded or varied, Kobo would have already suffered loss and there would be no way to wind back the clock.”

But that’s not all. The summary goes on to indicate that the Tribunal might rule in Kobo’s favor. Apparently it is reasonable to listen to Kobo’s objections because there is no evidence that any collusion or anti-competitive activities occurred.

The non-legalese version is that the publishers avoided an investigation which would air their dirty laundry by giving the Canadian govt what it wanted (more competition in the ebook market). But because there was no investigation, there is also no evidence of wrongdoing, and that means that the publishers aren’t allowed to give the Canadian govt what it wants.

Tell me, does that reasoning remind anyone of a certain scene from The Princess Bride?

Snark aside, I’m not sure how Kobo is going to come out ahead here.

The airing of dirty laundry is exactly what the publishers were trying to avoid, so I would bet that one or more will decide to at least to try to trump the investigation by voluntarily complying with the terms of the unenforceable consent agreement – and ending Agency pricing.

There already is evidence in the public record in the form of emails where several of the publishers discuss coordinating higher canadian prices through Indigo "the way Apple did for us in the US".
Despite that I fully expect Kobo to prevail.

Really? I didn’t know about those emails. Thanks.

Oh, the prosecution in the Apple trial found an arsenal of smoking guns in their discovery. The publisher emails is why the judge stopped just short of saying they perjured themselves. Those folks knew what they were doing was illegal and were only concerned about getting caught.

Page six of the pdf here:

1 A year later, Penguin CEO David Shanks admitted Apple’s role in facilitating the conspiracy in response to a suggestion that Penguin meet with other major publishers and booksellers to discuss how they all could work together to raise e-book prices in Canada: “We would never meet with Barnes and all our competitors. The Government would be all over that. We would meet separately with Indigo being the facilitator and go between. That is how we worked with Apple and the government is still looking into that.”2

Interesting. That email implies that Kobo might have been the hub of the conspiracy in Canada (they were owned by Indigo at the time). If there is an investigation Kobo might end up being slapped with fines.

Nah, I doubt they’d get anything worse than a scowl.
If you dig into Indigo’s history, you’ll find they are very well-connected in the Canadian circles of power and have lots of strings they can pull.
I doubt they’ll even get around to investigating.

To get an idea of the power Indigo wields, see how long it took Amazon to be allowed to open their first canadian warehouse and the terms they had to agree to:

Maybe it wasn’t a good idea for Kobo to complain to the Canadian Competition Bureau. It appears they’re finally investigating how they were harmed.