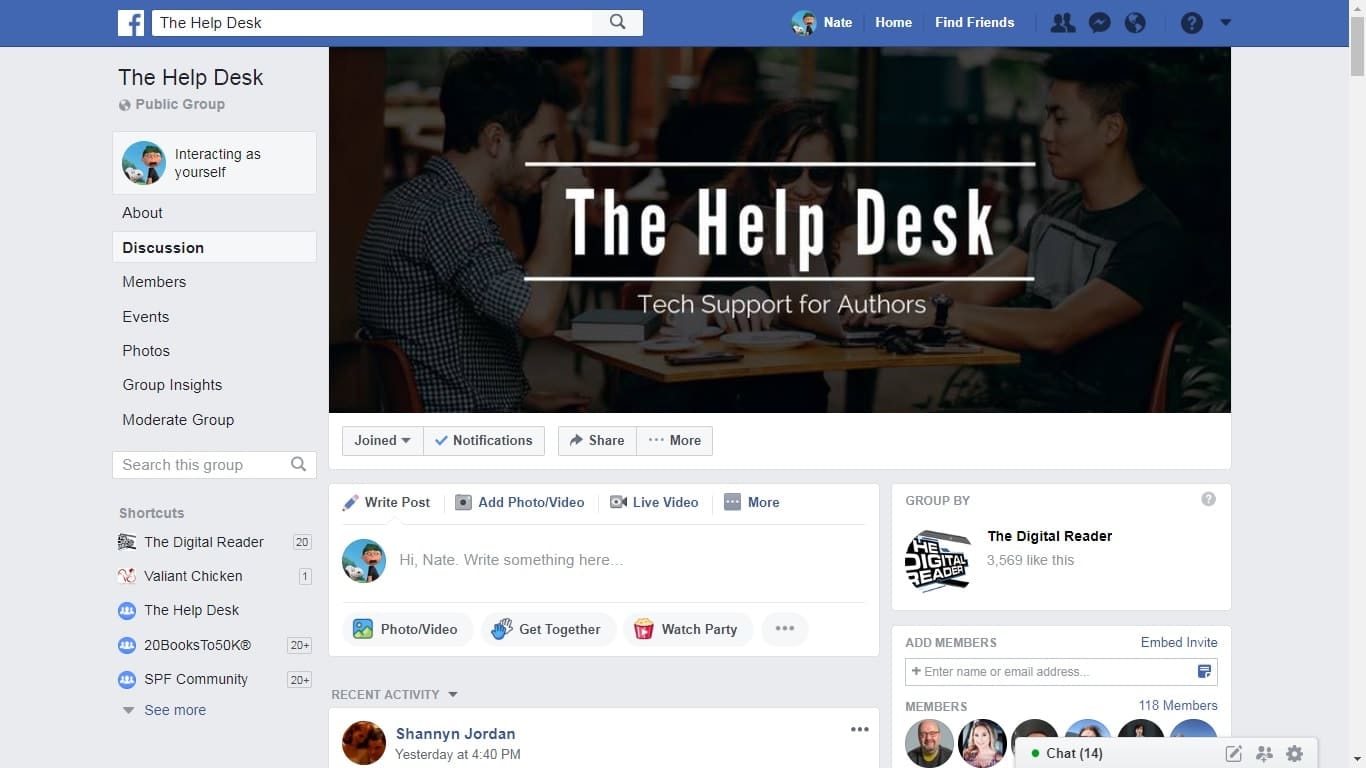 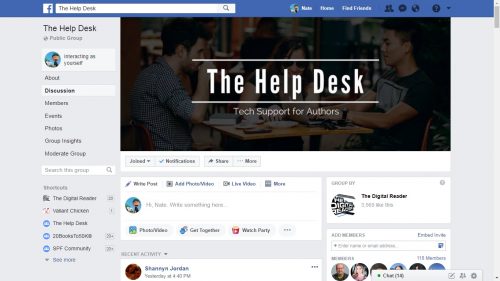 I’ve mentioned this in various places on social media, but I don’t think I’ve announced on the blog that I officially launched my Facebook group last month.

It’s called The Help Desk, and it’s a place where authors can get answers to their technical questions. It is open to both beginners and experts. If you have a technical question, or can help answer them, please come join us.

Review: Acer Iconia A1-830 is a Disappointing iPad Mini Clone

[…] The Digital Reader is trying Facebook groups (one of the Zuckerberg-owned social network’s few strong points left). Meanwhile, comics writer Greg Pak has ditched Facebook altogether, in favor of Twitter, RSS, email newsletters, and even newcomer Mastodon. The Oatmeal, which already made a strip about Facebook’s dominance, seems to be emphasizing Twitter, Instagram (owned by Facebook) and email on its site these days; however, it still has a Facebook page. […]