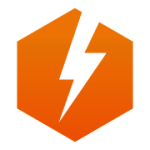 Following a year of development and three months of beta testing, ComicBlitz launched its subscription comics service at NYCC last month. Currently available for iOS, ComicBlitz offers a catalog of some 2,000 titles from publishers  such as Valiant, Dynamite, Zenescope, Aspen, Red 5, Alterna, and Action Lab.

ComicBlitz costs $10 a month, the same as its established competitors ComicFix and Scribd, only with a smaller selection and no Android app (although that is in the road plan). 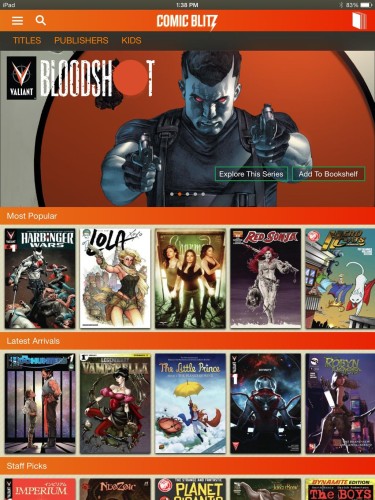 "Comic Blitz is basically like Netflix, except for digital comics. So customers, users, people who like comics get to pay $9.99 a month for access to everything that we have in terms of content on the platform," ComicBlitz Jordan Plosky told Newsarama in July.

Plosky added: "So, instead of walking into a store and saying Oh that kind of looks cool, maybe I should buy that, or maybe I should be that,' once you pay your admission fee into the club, you get to do whatever you want in that store. You can read absolutely everything that we have to offer."

ComicBlitz is currently looking to raise a seed funding round, and it plans to use the funds to add more publishers and expand internationally (UK and Australia first).

Between ComicFix, Hoopla (in the library market), Scribd, and ComicBlitz (and let’s not forget Marvel Unlimited), consumers have no shortage of options for binge-reading comics

But I still expect to see at least one more competitor enter this market: Comixology. There was a rumor earlier this year that this Amazon subsidiary would launch a subscription comics service at the San Diego Comicon. That rumor proved to be false, but I expect it to come true in the long run as Amazon follows its smaller competitors into this market just like they followed Oyster and Scribd into ebook subscriptions.

Don’t forget about Marvel Unlimited, which is derivated from Comixology software. So many comics in that one.

My bad, seems I got a parenthesis mind-block.