Toronto’s Globe and Mail incited the next book digital publishing debate on Friday with the speculation that (in Canada) ebooks might not go through the expected post-Christmas rush.

But this year G&T thinks that Canadians might not see that spike, because:

“The phenomenon of the e-book sales booming right after Christmas, that’s going to go away,” says Mike Shatzkin, a New York-based publishing consultant with 50 years’ experience in the book business. He notes sales of stand-alone e-reader devices have been growing more slowly in recent years as more people use their phone or tablet for reading.

“It’s a pipeline effect; people buy a lot more when they are new customers,” Mr. Shatzkin says. “You have three favourite books that you want to have on your device, you have the next three books you want to read, you have a couple that you may want as reference. At some point, your purchasing slows down to be approximately the same speed as your consumption.”

I was prepared to mock this baseless report mercilessly, but the fact is this might happen.

Oh, Shatzkin is utterly wrong on the point of consumer ebook buying behavior (in my experience, buying has little to do with consumption), and I have no info on the completeness or accuracy of Booknet’s data collection, but Shatzkin is not wrong when he mentions that ereader sales are down from their peak a couple years back.

Everyone who wants an ereader has one, and everyone else is getting a smartphone or tablet. And with fewer ereaders sold, that means fewer opened on Christmas morning and fewer additional ebook buyers contributing to the post-Christmas boom.

And when do they get those gift cards? On Christmas morning, which means they’ll be buying those ebooks as part of the post-Christmas boom.

In short, we might or might not have an ebook boom in the next few weeks, but I think it’s really too early to say. There’s just not enough substance to the topic to argue one way or another, so I am going to wait for the data before taking a side.

But don’t let that stop the debate; do you think the boom is still going to occur?

P.S. Speaking of data, one of the points I plan to look into is Booknet’s ebook sales data. They say they track 85% of print book sales in retail channels in Canada, but from what I can discern their ebook data comes from consumer surveys, which are only as accurate as the survey group selection process.

A Brief Hands On With Ematic’s Virtual Assistant 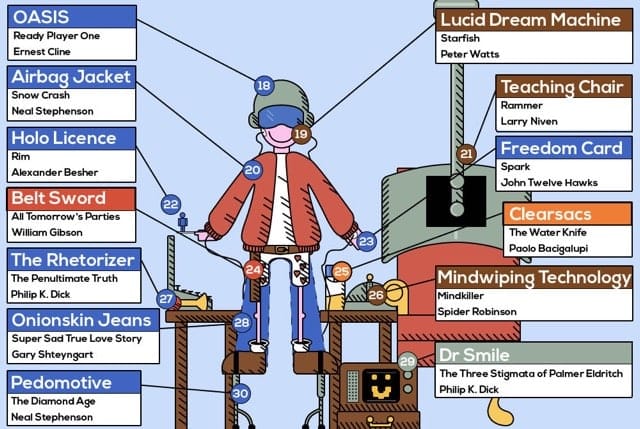 Infographic: The Future, According to Literature

I’m looking for more info, and I find that Booknet reps also spoke to the CBC and shared a prediction that ebook sales had plateaued.

And here’s what Booknet said about their ebook sales data:

Ebook sales are reported to BookNet from retailers just like physical book sales and then cross-referenced against bibliographic data to create complete title information for a single ISBN’s week of sales.

I’m still looking into the relative market share of online/offline, and Amazon/everyone else.

One point to consider: people are buying less ereaders because some of them are buying tablets instead. As you said, readers are readers. Pinning hopes that ebook adoption will plateau or decline on eink nunbers alone will only lead to disappointment.

Are they counting the Fire as tablet or a reader? If as a tablet, they are underestimating how much Amazon pushes it for ebook reading. Lots of promotions for ebooks, ease of use, etc. I think it’s likely a ton of Fires were sold and I think it’s also possible many of them will get filled up.

Also, even if sales of readers are slowing overall, there are new readers being sold in addition to the one’s people already have. So if you’re talking about millions already in peoples hands, and thousands of new ones, the combination might still lead to a post Christmas boom. People might also be buying after Christmas because they’ve spent their money on other people for presents, and now they can afford to buy things for themselves.

Seems like this is more of the "the Kindles are all filled" logic that was supposed to wipe out the ebook market. I don’t buy it.

If people didn’t buy new books if they had old books they hadn’t read yet, then print sales would have tanked right after the Gutenberg bible was published.

I would not count it as an ereader, and in this situation that is an error because a lot of people use it as one.

My mother, to name one example.

Nate,
The ebook percentages reported in both articles are from our consumer survey panel – a fact always conveyed as part of the data, but not always included in the article/coverage. We do not, at this time, capture title level ebook sales data from retailers, or publishers. Our book sales reporting service, SalesData, captures title/ISBN level sales for mostly print books and represents about 85% of the trade market in Canada.

As you have noted The Globe and Mail article is speculative because we don’t know what is happening this season yet. We will release our data in the spring on the full year – 2015. I have a sneaking suspicion that we won’t see the big increase in ebook purchases in Jan/Feb that we have seen in other years, but I could be wrong.

Note: Our consumer survey panel (at least this year) is composed of ~400 book buyers surveyed 4 times a year, so 1600 respondents that encompass about 5000 purchases a year. The survey is conducted online and is a gender and regionally balanced survey. This particular survey is of Canadian book-buyers and to qualify for the survey you must have purchased a book (in any format) in the proceeding month.

The logic that mobile device penetration is very high and that leads to a lesser boom,is valid.
Gift card wise, do people in Canada gift Gift Cards? After all that’s a horrible gift.
Another point is, do book buyers postpone their buys like this or do they just buy what they need , when they need. Sure there might be some minor effect from gift cards but a boom is more than that.
Also to note that the 50$ Amazon tab was not even listed on BF in CA.

From wiki " In Canada, $1.8 billion was spent on gift cards, and in the UK it is estimated to have reached St?3 billion in 2009,[needs update] whereas in the United States about US$80 billion was paid for gift cards in 2006."

The US population being about 9 times bigger that CA. Not gonna dig deeper for better numbers but it’s very clear that gift cards are a lot less popular in Canada.

1 more post and i’ll stop lol
http://www.theglobeandmail.com/report-on-business/canadas-big-banks-are-tapping-into-the-growing-prepaid-card-market/article24968317/
MasterCard estimates that Canadians will use prepaid cards to spend $4.9-billion this year, with percentage growth rising at a double-digit pace.
That is tiny compared to the estimated $200-billion being loaded onto prepaid cards in the United States