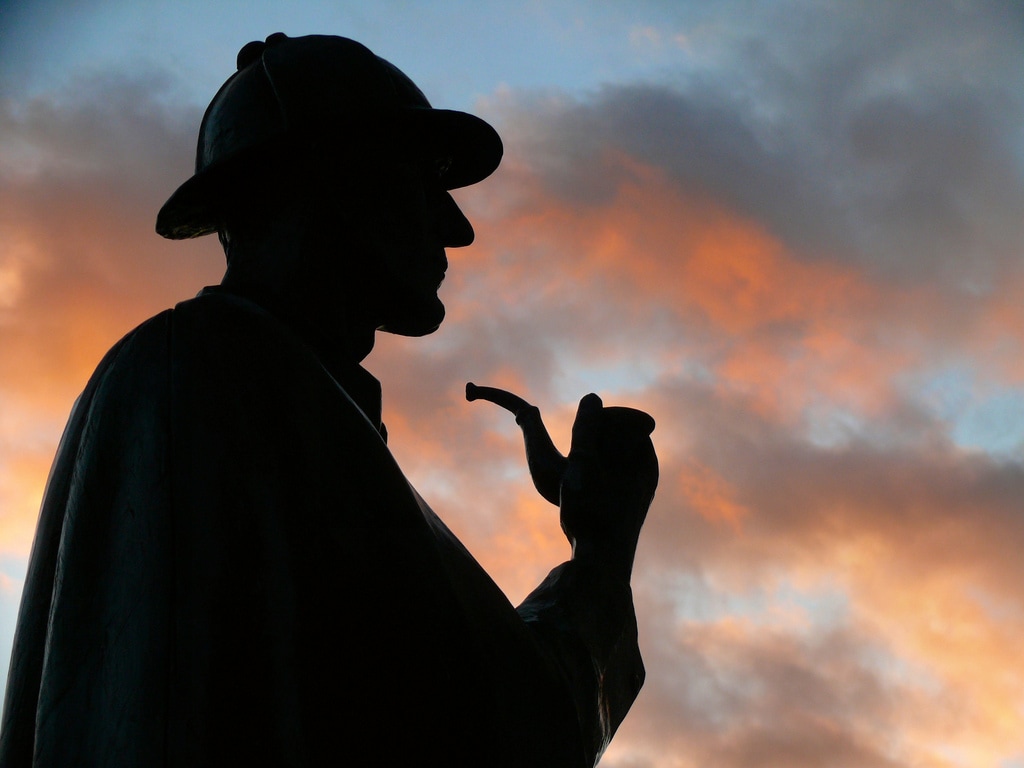 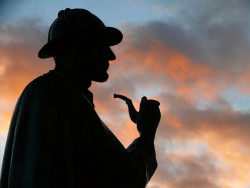 story breaking today that those perennial copyright trolls known as the estate of Arthur Conan Doyle have filed a lawsuit over a new Sherlock Holmes film coming out in July.

Deadline, Variety, The Wrap, and The Hollywood Reporter are all reporting that the estate has filed a copyright and trademark infringement lawsuit against Miramax, Penguin Random House, and Mitch Cullin over his book, A Slight Trick of The Mind, and the movie based on it. That movie, Mr Holmes, stars Ian McKellen and comes out in July.

Update: the lawsuit was settled a couple weeks before the movie hit theaters.

The estate alleges that the book uses elements from several of Conan Doyle’s Holmes stories which are still under copyright. As you may recall from my past coverage, there are ten original Holmes stories still under copyright in the US (the copyright has expired in most other countries). The estate points out in its complaint (Scribd) that several of the stories detail an older Holmes in retirement.

Having read about half of Cullins' book and skimmed the stories mentioned in the complaint, I can see that there are certain similarities between the book and Conan Doyle’s stories. You could even claim that the author borrowed from the stories in writing his book.

That said, I think this lawsuit is bullshit, and that the estate continues to be copyright trolls. Here’s why:

All in all, folks, I am looking forward to watching the Conan Doyle estate get trounced once again.

That changed in early 2013 when Leslie Klinger sued the Conan Doyle estate to have Sherlock Holmes declared as being in the public domain. Klinger’s lawyers won the case in December 2013, and then defeated the estate’s appeal in June 2014.

After the Supreme Court declined in November 2014 to hear the estate’s case, the Conan Doyle estate was left with a limited ability to troll creators. Rather than threaten to sue over the character of Holmes, it can now only sue over the stories which are still under copyright.

And that is probably why the estate has turned to making a trademark threat. They know they have a weak case, so they try to bolster it with a bogus trademark claim.

And in case you missed it, Random House didn’t pay a license when the book, A Slight Trick of The Mind, was published in 2005 (if they had then there would be no case today).

The Conan Doyle estate missed its chance years ago to sue over the book, and now they are suing over a movie which they have not seen.

That is how weak this case is.

As to the other points, the timing doesn’t matter. The Holmes Estate wasn’t sufficiently damaged to sue prior to now. The Trademark issue is valid, if the movie/book is using Sherlock Holmes in a manner in which it is trademarked. Since when has evidence been required to sue someone? And as to the venue, you can sue in any of the states, presumably the estate has as much difficulty suing in the New Mexico as the defendants. And the defendants can try to get the case moved to a more convenient location for everyone. Presumably, since the estate in the UK, any location in the US is equally inconvenient for them.

No, the trademark claim is bullshit.

To make a trademark infringement claim one must show that the trademark was used in commerce (to promote a product, for example). Selling a piece of content which uses a character with the same name as the trademark term does not count.

And the timing does matter; the statute of limitations has run out on the book’s possible copyright infringement. Also, laches.

…and the location matters. Especially for jury trials.
It is a well known that jury pools in certain states and regions (east Texas, for one) are more "persuadable" on certain subjects. Some are more likely to vote large punitive damages or accept certain claims that other juries would laugh off.
It’s called venue shopping and is why anybody suing Microsoft sues in SiliValley and anybody suing Amazon prefers Manhattan.
The US is a unitary country economically but not culturally or legally. There are plenty of regional differences for lawyers to exploit and clueless marketers to ignore.

The trademark claim comes from the title of the movie: Mr. Holmes.

It seems the estate is trying to widen the trademark to include no only the actual trademarked name 'Sherlock Holmes', but also the use of 'Holmes' or 'Sherlock' singularly when it has a connection to Sherlock Holmes.

As to the laches, this may apply to the author, but both any recent new editions of the book (say the one released in conjunction with the movie) and the movie itself are recent infringements.

your web page isn’t encrypted, why the hell would I give U my name or email address. Must be an American site. Seems to be your favorite topic, money for nothing.

Another note on the venue: it’s more than likely that New Mexico was chosen because it’s convenient to Jon Lellenberg, the U.S. representative of the CDE and former Baker Street Irregular, who happens to live there. The Chicago jurisdiction of the Klinger case made it difficult for he and his attorneys to address the lawsuit in a reasonable amount of time.

You may have seen it already, but our writeup is up on I Hear of Sherlock Everywhere.

I checked, and I thought that the US agent was based in Chicago?

Edit: I was right. He is based in Evanston, a suburb. So this is venue shopping.

I don’t think this is correct: " of Conan Doyle’s descendants"

I’m told that the author has no remaining descendants. His last surviving daughter died without issue.

Trademark – Making a trademark claim over someone infringing on your copyright is trolling, pure and simple. It is an attempt to extend control over the content into perpetuity.
Especially since no trademark registration exists, and the possibility of a common law trademark has been wiped out by all the 'infringements' that the Conan Doyle estate has ignored.
Timing – The book came out ten years ago, and yet the estate only bothered to file suit a couple of months before the movie was due to be released.
Agreed. Whilst the movie is recent, they would have sued ten years ago over the book if they were genuinely harmed by its contents. This is just the estate getting all butthurt because they can no longer charge unfair royalties on most of the Sherlock Holmes canon.

Not that I’m disagreeing with you; I just wanted to point out a better explanation for the timing.

Like I said, the Conan Doyle estate has always ignored uses of Sherlock Holmes in the past, and what further weakens their case is that some woman named Andrea Plunket registered European trademarks in that name as well as the characters of Sherlock Holmes and John Watson (or so she says) and the estate did absolutely nothing to prevent this.

Appears that the Conan Doyle Estate got what it wanted. A weak case was still a case.

Yep. I reported on the settlement a few weeks ago.

[…] May of this year the Conan Doyle estate sued Miramax, Penguin Random House over the movie Mr Holmes. The movie is based on a ten-year-old […]